The California Zoning Atlas is an ongoing project to produce zoning maps and analyses for every region and municipality in the state of California. The goals of this project are, firstly, to document with greater precision than before, and raise public awareness of, the extent of single-family-only and other restrictive zoning for each city and region in the state; secondly, to show how that zoning affects life outcomes of the residents of those cities; thirdly, to provide researchers, scholars, advocates and policymakers with freely and publicly accessible data and maps that they can use to study zoning; and fourthly, to motivate zoning and land use reforms at the local and state level. This project grew out of a multi-series study of racial residential segregation in the San Francisco Bay Area initiated several years ago. It later expanded to include the Greater Los Angeles and Sacramento regions. Below and in the navigation menu you'll find those reports along with related studies and analyses of zoning. The final product (to be launched in the Spring/Summer of 2023) will be a statewide zoning atlas that will be compatible with and connect to the National Zoning Atlas project.

In the meantime, new reports and regional analyses will be posted here. 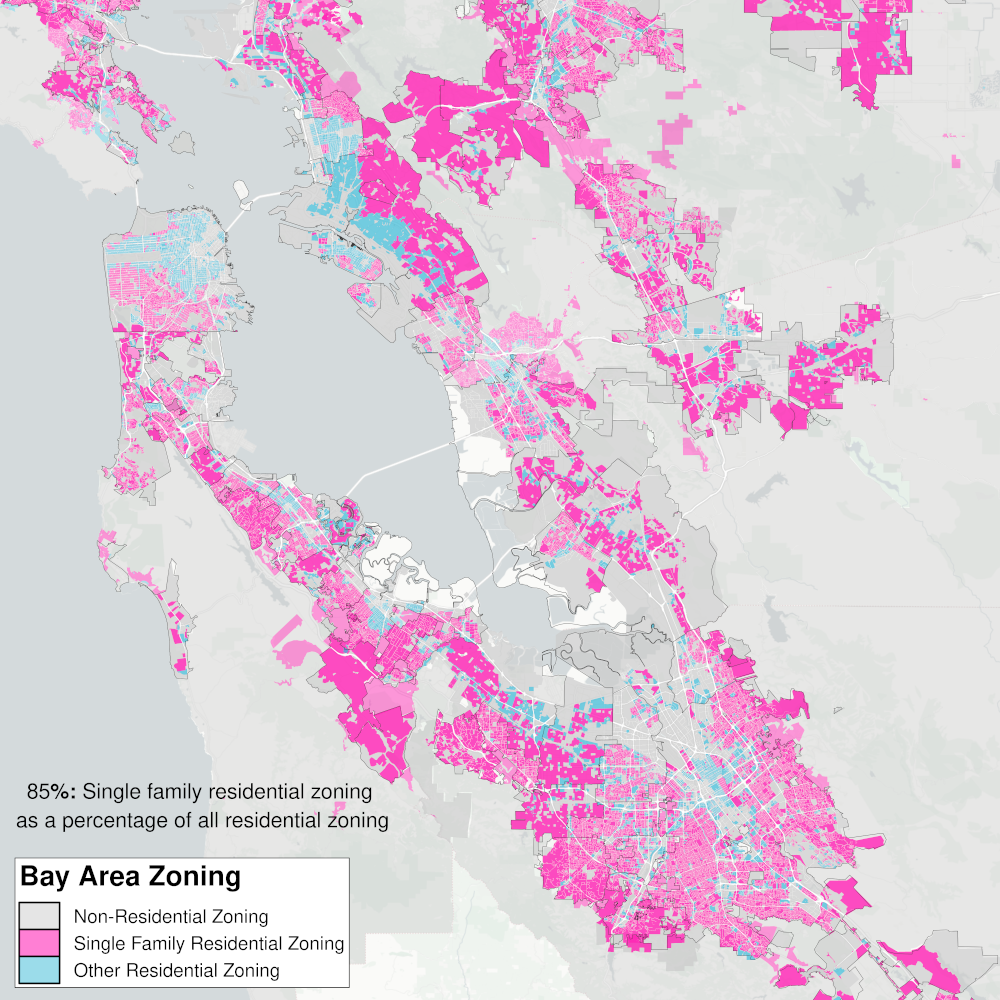 Growing out of our series on racial segregation in the San Francisco Bay Area, this report provides an in depth analysis of the relationship between single-family zoning and racial residential segregation. In includes a repository of static zoning maps for every city in the nine-county region, plus an interactive zoning map. Click here to view this report. 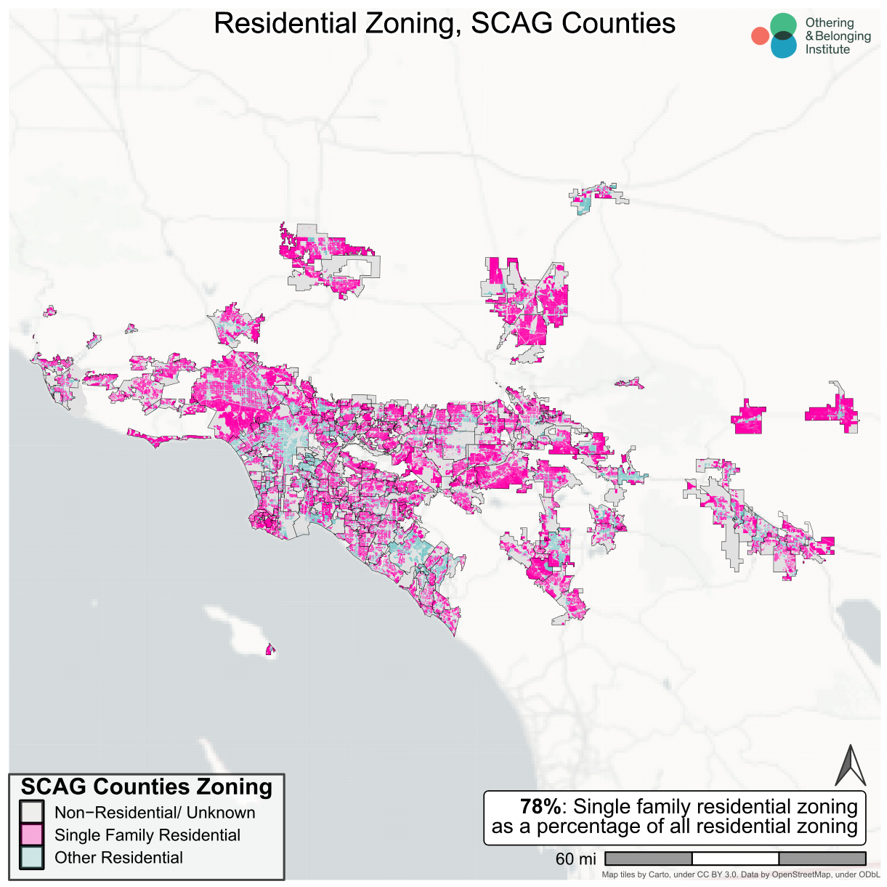 Similar to the Bay Area single-family zoning analysis above, this study of the six-county Greater Los Angeles region includes color-coded municipal maps displaying single-family zoning, other residential zoning, and non-residential zoning every municipality in the region. Check out the Los Angeles report here. We also released a supplemental report focused on the relationship between municipal budgets, revenue, expenditures and zoning in the region. See the supplemental report here.

Single-Family Zoning in the Sacramento Region 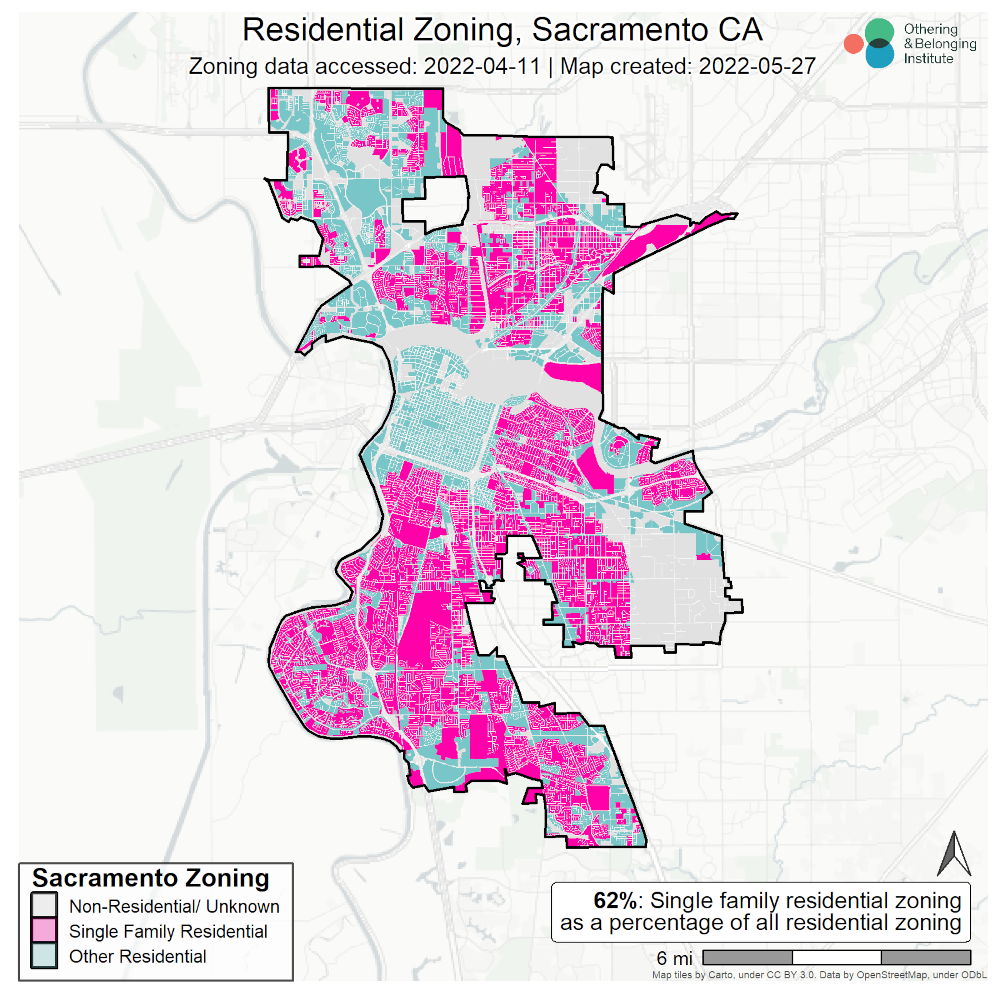 Greater Sacramento was the third region to be studied as part of our Zoning Atlas project, and similarly includes color-coded municipal maps. It also provides an in-depth analysis of the impacts of zoning on the region and suggests cities for zoning reform. See the Sacramento region study here.