Where I grew up in Atlanta, Georgia, much of our drinking water comes from the Chattahoochee River. The river, whose name comes from the Creek/Muscogee words chato ("rock") and huchi ("painted"), marks the current Alabama-Georgia border and the dividing line of the violent 1830s removal of Native Americans from Georgia. In times of drought, parts of Atlanta depend on reservoir water from Lake Lanier, a human-made lake built on the remains of the former Black city of Oscarville.

The role of race and indigeneity in shaping our relationship to land and water is not just in the past. Today, a police training facility is being envisioned in an old-growth forest on Muscogee land, where majority Black communities already live under police surveillance. Today, majority Black Atlanta neighborhoods are concentrated on flood-prone land at the headwaters of the Chattahoochee River. As in the growing urbanizing communities globally, Atlanta’s development comes with impermeable roads and parking lots that contribute to flooding and water pollution. The Atlanta communities that suffer the consequences of current models of economic growth are making strides in protecting their neighborhoods – ultimately, for the ecological good of us all.

The role of race and indigeneity in shaping our relationship to land and water is not just in the past.

But what’s consistent across climate threats is that human-made borders and capital resource flows filter our access to natural resources. As an example, more than 3 billion people depend on water that crosses national borders. Globally, for every $1 of aid and investment entering the Global South there is $24 in income and evaded taxes extracted from the Global South; resources that could be used to fund climate adaptation. If we look locally, our research shows that land use – a key lever for climate action – is dominated by single-family and segregated use; a trend also long-associated with suburbanization and the extreme commutes that drive climate-disrupting air pollution. The need for transforming human-made systems is why we focus on climate justice. We focus our expertise on how governing, finance, land use, and other structures can be transformed to advance marginalized communities’ flourishing, and protect our shared planet.

What’s also consistent across climate threats is the leadership of environmental justice communities: frontline communities who are actively protecting and preserving legacy in the towns targeted for buyouts or in the neighborhoods where toxic facilities are sited. But they don’t do it alone, and they shouldn’t have to. Civil society, including research institutes and foundations, as well as governments, must play a role. And the call to step into our roles could not be louder. Global headlines often tell us of the latest once-in-a-century flood, wildfire, hurricane, typhoon… So, how can we answer the call?

Building on our track record and setting new commitments 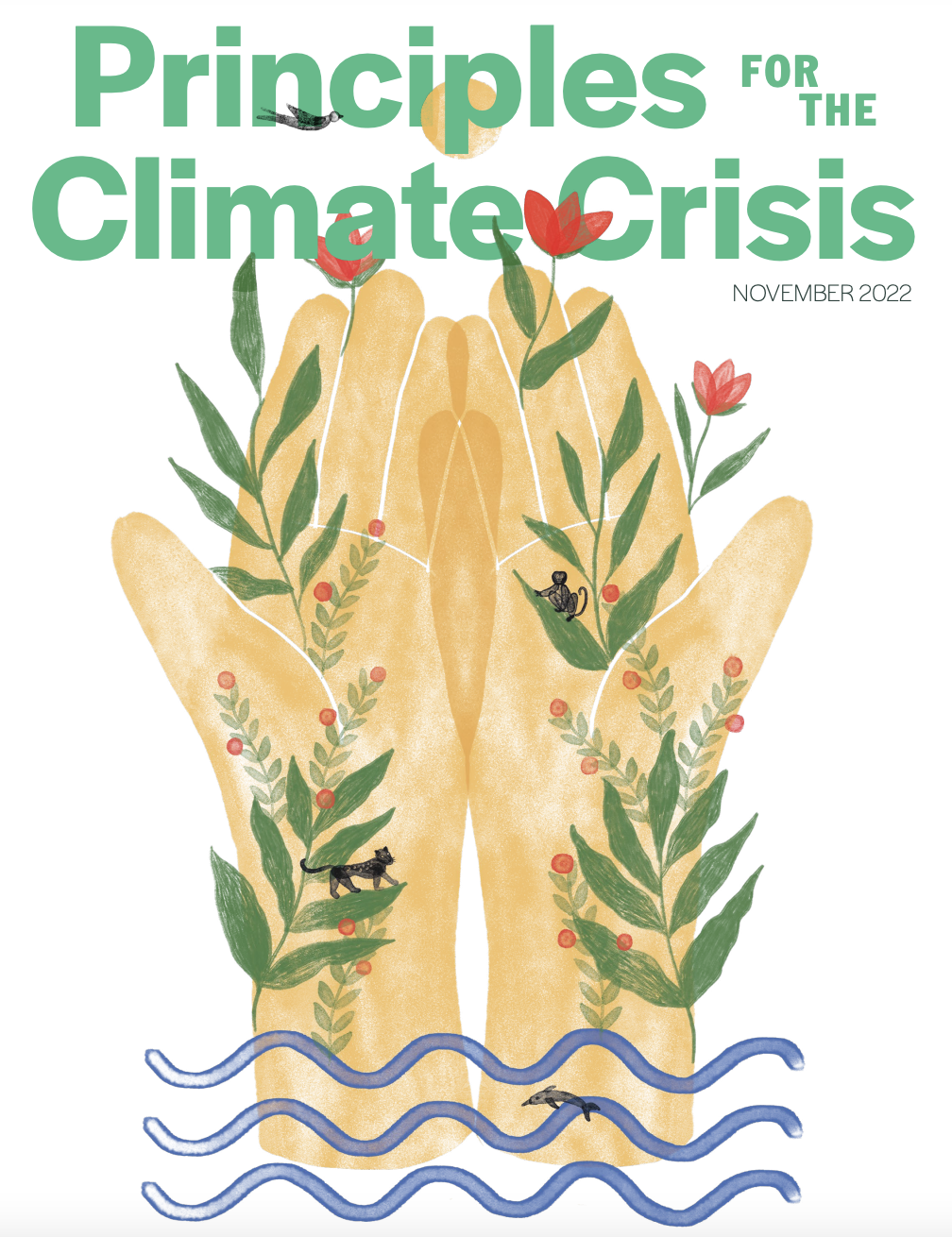 In our newly updated web page, you’ll see that our teams at the Othering & Belonging Institute have worked on climate justice for years. We’ll continue to build on that body of work, with a new mandate and principles guiding us. Our new mandate: embed climate justice in everything. Moving forward, we envision a practice of embedding climate justice in all of our work, from civic engagement to housing to supply chain analysis.

To this end, we’ve documented a set of climate justice principles guided by worldwide planetary concerns, with an emphasis on concerns of communities marginalized by today’s dominant systems and ways of thinking. We hope it will be just one of many tools to provide our teams – and perhaps you – with common ground for shaping priorities and research agendas. Our first principle is global solidarity.

We envision a world where planetary thinking is as common as economic thinking. A world without sacrifice zones: zones where the ancestral lands of indigenous peoples globally and the segregated neighborhoods of the Global North are disregarded for the sake of traditional economic growth or a “return to normal” for some. For instance, how can we prioritize global justice and solidarity in U.S. federal policy agendas? The Covid-19 crisis revealed vast inequities in global access to vaccines. Our past and continued research makes the case to transform the global intellectual property system that currently blocks the open-sharing of technologies, from vaccines to climate adaptation tools.

The specific moment: COP27 in Egypt shows us just how interconnected our commitments must be

We introduce this commitment with COP27 – the annual United Nations’ climate talks – in Sharm el-Sheikh, Egypt front of mind. Our principles guide us on how to seize the opportunity created by global attention on climate action. When we shift resources into a regenerative economy, we heed Small Island Developing States (SIDS) and other Global South communities’ call for climate reparations and debt cancellation to fund adaptation projects. We integrate the call to shift philanthropic and public money to the grassroots in our work by how we structure research projects and who we invite to convenings.

We envision a world where planetary thinking is as common as economic thinking. A world without sacrifice zones.

And our principles also require us to look critically beyond the headlines and the limitations of representation politics. The event has been marketed as “the African COP,” but Egyptian scholars and activists on the ground and in exile call our attention to the cruelty of trading climate action for human rights and political freedom. At this year’s climate summit, we cannot ignore the profound human rights crisis and the repression of civic space in Egypt, including the undermining of Egyptian environmental groups. When we bridge types of knowledge and prioritize sharing power in who governs, we pay attention to the analysis of Egyptian civil society leaders on why open civic space matters and how the British empire’s anti-protest laws and American weaponry empower Sisi’s Egypt. When we move in global solidarity, the urgency of COP27 as a platform for national demands and organizational influence is balanced with the urgency to free Egypt’s estimated 60,000 political prisoners and amplify the stories of young, African climate activists left out of the talks.

Quelling the rising tide of authoritarianism at the pace needed to adapt to rising seas and temperatures is no small feat. The climate justice movement has a track record of successfully expanding political possibilities, and at telling multiple stories at the same time. We must learn from and play our role in this delicate dance of narrative, policy, and politics.

To that end, we amplify a couple of sources to learn about global climate justice and human rights strategy in the context of COP27:

Our call to action

If it’s not clear, we don’t have all the answers. We believe in solidarity and bridge-building that helps us make progress, even when imperfect. We also believe in intentional principles that hold us to a clear standard in shaping our goals and in learning our lessons.

At this year’s climate summit, we cannot ignore the profound human rights crisis and the repression of civic space in Egypt, including the undermining of Egyptian environmental groups.

In our recent event on the potential of the U.S.’ Inflation Reduction Act (IRA), we heard from speakers that justice is not self-executing. It takes organizing, creativity, and commitment. It looks like advancing innovative partnerships, like the U.S. Environmental Protection Agency (EPA) using its new capacities under the IRA to partner with Community Development Financial Institutions (CDFIs). It looks like regional power- and resource-sharing agreements that transcend political borders. It looks like experimenting with people’s funds for climate reparations that can adapt to anti-democratic contexts and citizens' assemblies that expand our vision of democracy.

In closing, we invite you to:

The author would like to thank the climate justice organizers, advocates, and funders whose expertise informed and will continue to inform our strategy.