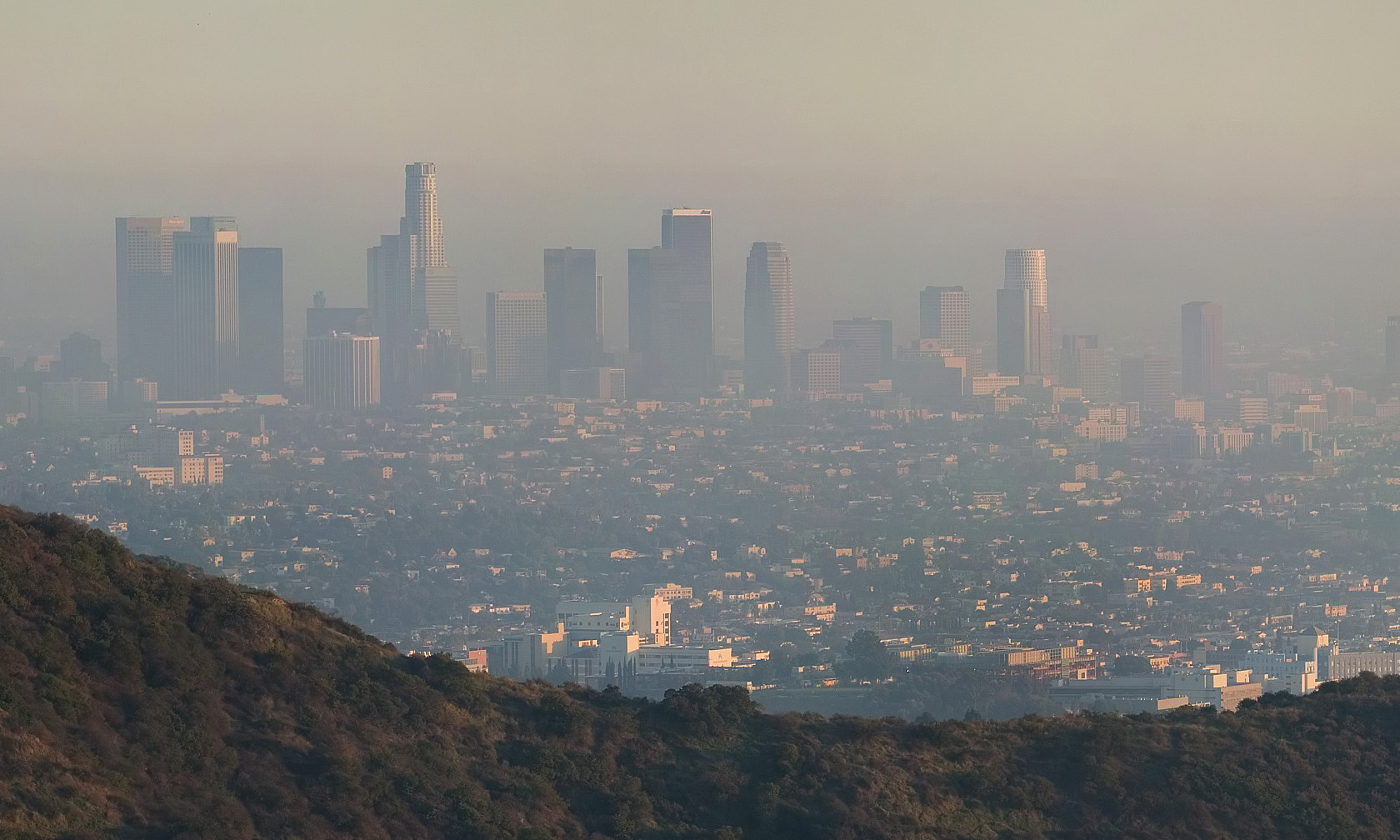 (Los Angeles visible through a layer of smog)

When it comes to environmental harms, studies continue to show that low-income communities of color are disproportionately burdened. Environmental justice movements have called attention to threats such as contaminated water sources and pollution occurring in Black and immigrant communities. Policymakers have yet to critically acknowledge race-based disparities when it comes to environmental realities and vulnerabilities. Municipal-level climate action plans such as San Francisco’s have generally focused solely on lowering greenhouse gas emissions and investing in green technology in the face of global climate change.

Because many environmental injustices begin at the institutional level, city plans must directly listen to and address the needs of the communities most at risk to reduce their exposure to environmental harms. Otherwise, cities risk furthering structural disparities and threatening the health and lives of people of color.

In California, 89 percent of people living in the top 10 percent most environmentally overburdened census tracts in the state are people of color. Environmental burdens include exposure to particulate matter, pesticides, and hazardous waste sites, among others. This disparity is the case in Los Angeles specifically, where Latino and Black communities are more likely than whites to live in overburdened tracts.

Cities’ sustainability plans lead us to ask whose sustainability we are looking to maintain. This question becomes all the more critical as efforts to address climate change are increasingly carried out at the municipal level. Hillary Angelo, Assistant Professor of Sociology at UC Santa Cruz, has been seeking to answer this question by investigating if and how city climate action plans incorporate and address social equity concerns, with her most recent research looking specifically at the country’s two most populous cities: Los Angeles and New York. The research compares the cities' 2007 climate plans with updated plans announced in 2015.

In his 2007 plan for LA, Villaraigosa does attempt to address social justice organizing. The plan proposed to “conduct multilingual, community-based outreach to all neighborhoods, specifically communities with environmental justice challenges, to inform them of the development of the actions.” Yet one such action listed immediately after was “a program to challenge all Angelenos to reduce their individual/household carbon footprint.” Such a proposal does not take into account the fact that emissions are not uniformly distributed: carbon footprints are highest among the most affluent in the state, which are also mostly white areas.

In 2015, mayor Eric Garcetti released the most recent version of the city’s plan, with an added focus on low-income communities that “need and deserve specific improvements and investments.” The programs outlined in the plan, which include reducing asthma-related emergency room visits by children in LA’s most “contaminated neighborhoods” present disparities without stating their causes--how or why these neighborhoods are the most contaminated in the first place.

Another section of the plan focused on increasing park and bike access, yet failed to note how these programs might play out in the complex system of housing, race, and class. Neglecting to consider the possible effects of “greening” neighborhoods runs the risk of inviting environmental gentrification and displacing residents rooted in those communities, according to research.

Similarly, climate proposals for New York City also fail to take race into account. New York City’s population is double that of LA, and the density of the city is tied to its social, environmental realities. Because of its mass transit system and building policies, NYC is considered one of the country’s most energy efficient cities. At the same time the city’s affordable housing crisis and residential segregation are persistent issues, which, like LA, fall along lines of race and class.

The same year Villaraigosa and his team presented LA’s 2007 climate plan, mayor Michael Bloomberg presented his “PlaNYC” for New York City. While Bloomberg’s plan noted that not all areas in New York City experience the same environmental realities, the plan’s language covers issues such as affordable housing in broad and euphemistic terms. According to the plan, growth in New York City must occur thoughtfully, in order to preserve “the character of communities across the city,” while programs must provide the city’s “most vulnerable populations...with secure homes and needed support.” But it does not clearly identify which communities are those that are most vulnerable or need support.

When the plan does pinpoint at-risk communities, they are defined by income, not race, despite multiple studies showing that even middle class non-whites face environmental risks at levels higher than middle class whites. This estimation was supported most recently by new data from Harvard University sociologist Robert Sampson who presented his research at UC Berkeley earlier this year which showed that middle class Black and Latino people frequently traveled to low-income Black and Latino neighborhoods where environmental toxicity levels are high, compared to low-income white people, who more frequently traveled to other white neighborhoods with much lower levels of toxins.

Unsurprisingly, much of the response to PlaNYC was critical: a letter from the Diversity Committee of the American Planning Association’s New York Metro Chapter delivered a harsh critique, stating that the plan needs to include “economic, racial-ethnic, cultural and linguistic diversity, and diversity of sexual orientation.” The level of participation was deemed “unacceptable,” resembling “manipulation, therapy, informing, consultation, and placation.” The letter also highlights the lack of focus on housing and segregation, issues that disproportionately affect low-income New Yorkers. Melissa Checker also points out that “despite the fact that the plan includes an entire chapter devoted to public participation, it was written mostly by an independent consulting firm with minimal public input.”

In its 2015 update, published by current mayor Bill De Blasio, the plan puts forth a new focus on social equity. This new direction, which includes issues such as housing and healthcare, works to present the plan as more of a general city plan, than it does to redefine these issues as matters of sustainability. Some parts of the plan are hopeful. For example, the city wants to improve air quality in low-income neighborhoods by changing truck routes and waste transportation systems. Other parts of the plan seek to expand the city’s composting and recycling program to low-income and immigrant communities by addressing barriers of language and physical space. There is some thought here to center communities typically excluded from the narrative of sustainability, but without a discussion of the roots of climate inequities in the city, there is little space to ask why these inequities are being perpetuated in the first place.

Miranda Simes is a 2018 Summer Fellow at the Haas Institute studying sociology and sustainable development at Columbia University. She worked with UCSC Professor Hillary Angelo as a research assistant this past year to compile case studies of both Los Angeles and New York City and their respective climate plans cited in this article.