Water Equity and Security in Detroit's Water and Sewer District 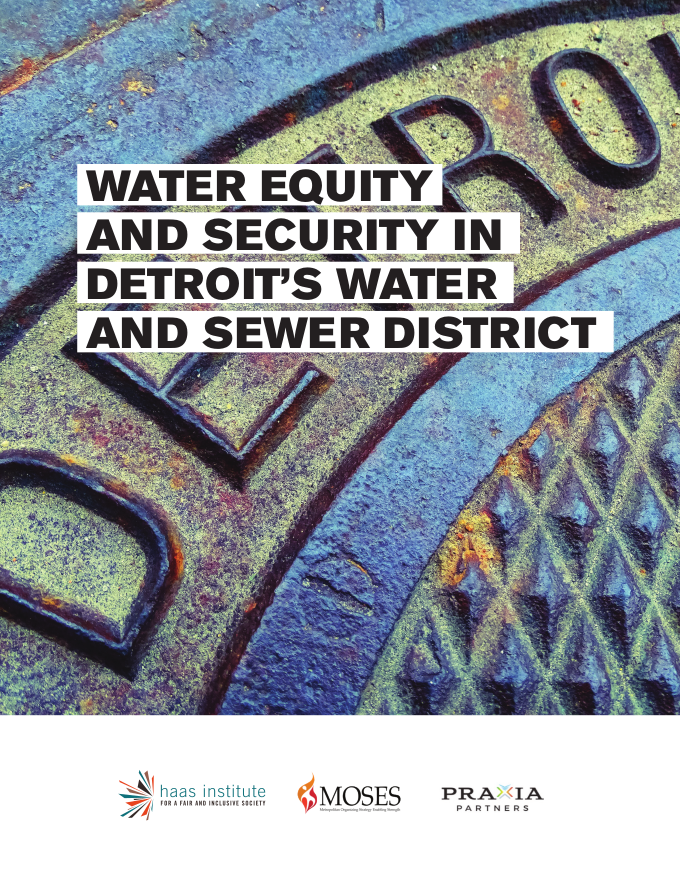 Ensuring access to drinking water and wastewater service is a nationwide policy challenge. Across the United States access is increasingly insecure for many people and places. In this report we comply with scholarship and legal precedent that defines access to include access to residential in-home service, quality service that serves environmental and personal health, and affordable service.

Water security is a term in this report used to describe the presence of structural, systemic, and institutional arrangements that ensure everyone has consistent access to drinking water and wastewater services. Water insecurity looks different in the humid east than in the arid west, different in the Midwest from the South, different between urban, suburban, or rural. However different water insecurity problems look at the local level, they are the result of similar institutional, systemic, and structural problems. This is a study of the what persistent water insecurity looks like in the service area of Detroit’s drinking and wastewater system (DWSD) and specific places within that system, notably Detroit.

Detroit’s financial situation draws attention to the structural challenges faced by places across the United States. 28 cities have entered into bankruptcy or its equivalent between 2007-2013. Beyond these more extreme circumstances, a vast number of cities, counties, and states have experienced a wave of austerity measures to adjust for large reductions in local revenue. We frequently learn of rising utility fees, increased reliance on taxes and fees for local revenue, public employees having to take furloughs, and increased reduction in local services—like library hours or forgoing road repair.

Public finance problems are far from unique to Detroit. Therefore, focusing in on its structural problems and alternative strategies to stabilize finances are instructive for many more people and many more places. This is the frame of the Detroit Water Equity and Stability project.

Detroit’s recent bankruptcy was discussed as an exceptional event—different than what we had seen before. It was said that the city’s financial problems were due to incompetent government leaders and corruption.

A central component of the city’s current status is the Detroit Water and Sewer District represented the crown jewel of Detroit—its most valuable asset. As the city plans to exceed its former status of a successful economically strong city. It can become an equitable city, a leader in green infrastructure, and a model of local development that truly serves all of its residents and neighbors. During the bankruptcy court proceedings, the district was transferred to a regional quasi-public and private entity. The Great Lakes Water Authority has executed a lease agreement with the city to manage and benefit from the expansive water system.

Despite the radical restrictions placed upon the growth of Detroit by the state of Michigan in 1928 (legislation that prevented annexation that would support the growth and health of the city), the water and sewer district grew extensively throughout the entire region. The system’s infrastructure was built out in anticipation of, and in support of, regional growth. The result is that Detroit’s water and sewer system has subsidized the suburbs for decades. Midtown and suburbs thrive because of Detroit.

Most recently, water shutoffs, high fee structures associated with utility service, and inappropriately aggressive collection practices could have been prevented if local experts, activists, and leaders had been valued and consulted. Their voices are powerful and their knowledge is invaluable.

Connecting the diverse set of organizations, agencies, and authorities to community experts.