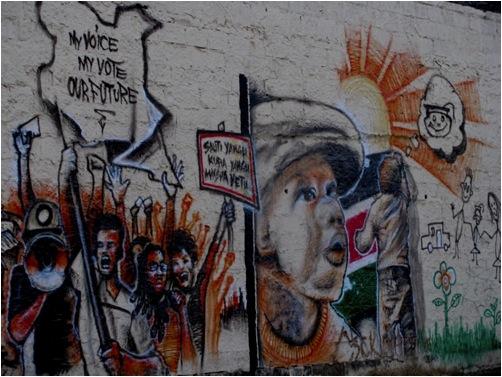 The work of developing effective alternative narratives of “we” must be built on strong empirical analysis of how communities understand themselves and one another in the present. To advance that effort, in October and November 2018, the Civic Engagement Narrative Change project worked with Latino Decisions to design and field statewide surveys in Nevada and Florida. The surveys built on the experience of the Institute’s 2017 California Survey on Othering and Belonging, while tailoring questionnaires to local knowledge gaps and needs identified by the project’s state partners.

Overall, the Nevada and Florida surveys aimed to establish baselines for each state in terms of: potential for bridging across lines of difference; threats of deepening divisions, or breaking; and dispositions toward government and civic participation. The 100+ items on each survey investigated respondents’ attitudes and beliefs about identity, inter-group relations, the role of government, the efficacy of voting, the 2020 U.S. Census, global climate change, and more.

Understanding these baselines for Nevada and Florida is not only significant to project partners in those states, but also has broader, national relevance. Many changes already underway in these two states—from demographic and socio-economic composition to labor market and climatic events—offer early signs of what could be in store in the near future for large swaths of the country.

Among many notable findings in the surveys was that Black and Latinx respondents were far less likely to feel that their groups are competing for resources or influence than some narratives suggest. In fact, members of both groups, as well as Asian and Pacific Islander Americans, all widely believed that one another’s communities deserve to have more political influence than they currently hold. Both surveys also found widespread support for government taking responsibility for ensuring access to affordable housing, jobs for all American adults who want one, and increasing the minimum wage to $15 per hour.

In Nevada, the statewide survey was completed by 1,845 adults, including statistically reliable sub-samples of African American, Latinx, Asian and Pacific Islander American, and white (non-Hispanic) residents. The Florida survey included 1,729 adults, with statistically reliable sub-samples of African American, Latinx, and white residents. Results of both surveys were weighted to be representative of each state’s adult population, and both have a total margin of error of +/- 2.3%.

The Othering & Belonging Institute, together with UC Berkeley faculty affiliates, and our national and state partners, will continue to deepen our analyses of the Nevada and Florida survey results in the coming year. Check back here for research papers, memos, and press releases related to these analyses.