This page and all related pages in the navigation menu serve as an archive of the "Race & Inequality in America: The Kerner Commission at 50 conference."

Excerpts of media coverage of the conference are here.

And check out our Twitter Moment recapping the conference with a lot of pictures here. 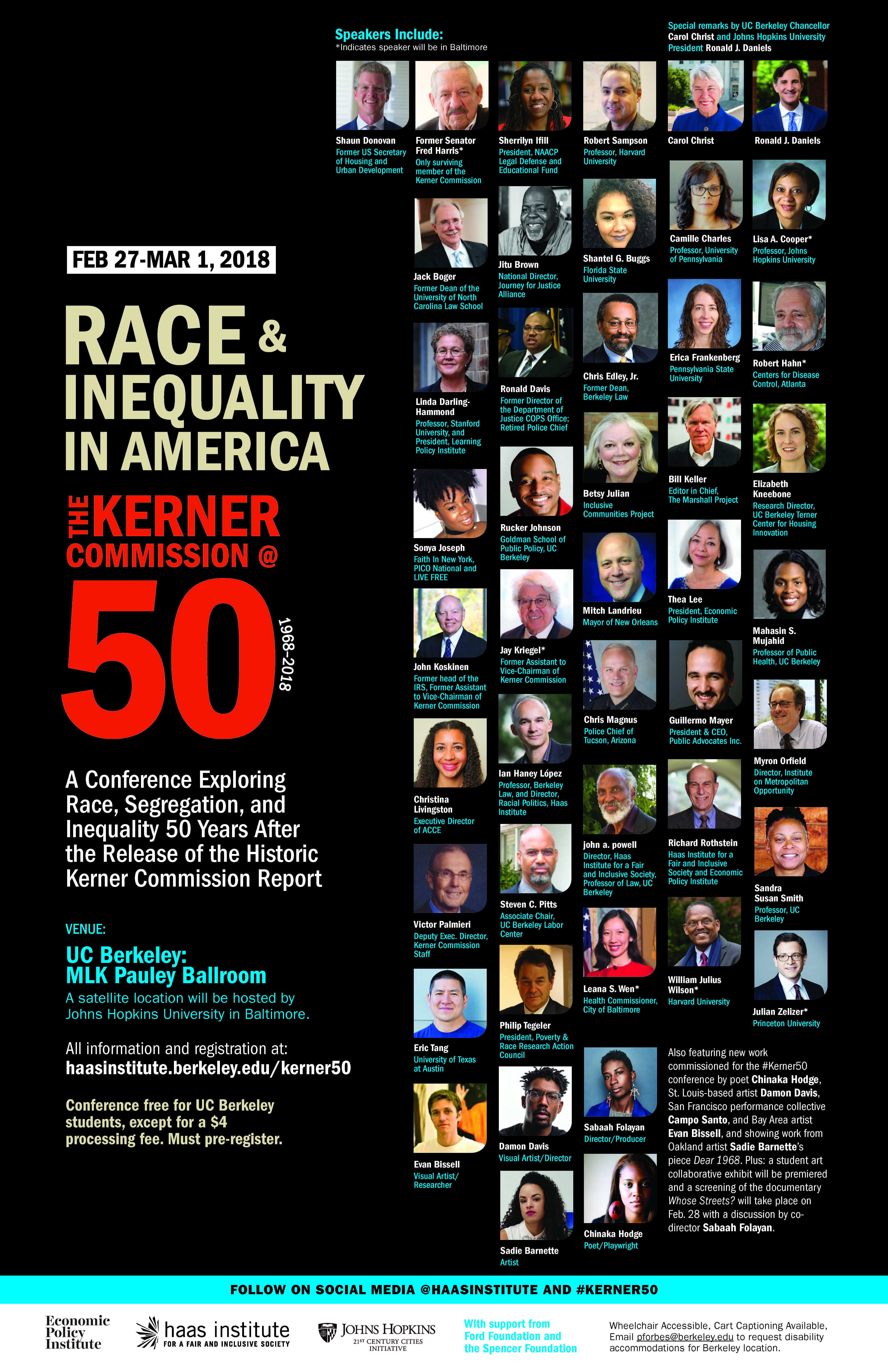 In the mid-1960s, a series of violent police encounters with Black Americans sparked uprisings in more than 100 American cities. Shaken by the civil unrest across the nation in 1967, President Lyndon B. Johnson established the National Advisory Commission on Civil Disorders to investigate the immediate causes of the rebellions, as well as the underlying conditions of racial segregation and discrimination that gave rise to them. Headed by Illinois Governor Otto Kerner, with Mayor John V. Lindsay of New York as vice chairman, the Commission issued its landmark report, which became commonly known as the “Kerner Report,” on February 29, 1968.

The Kerner Report, unanimously signed by the bipartisan and politically mainstream commission, was wide-ranging and dramatic, and concluded that white society had denied opportunity to Black Americans living in poor urban neighborhoods. The report offered both dire warnings along with a bold plan of federal action. Its most famous line, cited again by the US Supreme Court as recently as 2015, was: “Our Nation is moving toward two societies, one black, one white—separate and unequal.” In its other most memorable passage, the commission said: "What white Americans have never fully understood—but what the Negro can never forget—is that white society is deeply implicated in the ghetto. White institutions created it, white institutions maintain it, and white society condones it."

The killings of unarmed Black teenagers that sparked #BlackLivesMatter, and the ensuing movement that grew out of it, have re-awakened American consciousness to the pervasiveness of segregation, inequality, and police brutality and violence. The rise of white nationalist movements in Charlottesville and beyond, protests on college campuses, state capitols, and elsewhere over monuments and buildings that honor figures responsible for slavery and segregation, race remains at the forefront of the currents of American life.

The themes, findings, and recommendations of the Kerner Report have never seemed more relevant since its release. For that reason, the Haas Institute for a Fair and Inclusive Society at UC Berkeley, along with Johns Hopkins University and the Economic Policy Institute, is organizing a national conference commemorating the 50th anniversary of the Kerner Report. The conference will not only examine the legacy, successes and failures of the commission, but will envision what a contemporary Kerner Report might look like in every major area of American life, including housing, education, healthcare, policing, and more.

The "Race & Inequality in America: The Kerner Commission at 50" conference aims to serve as a landmark, comprehensive investigation of race in American society. The conference will be held February 27-March 1, 2018 at UC Berkeley, with a satellite location at Johns Hopkins University. Findings from the conference will be compiled into reports and multimedia materials to be made publicly available following the conference, in order to serve as a landmark retrospective as well as a roadmap for a policy agenda that can grapple with the challenges of racial inequality in American society. 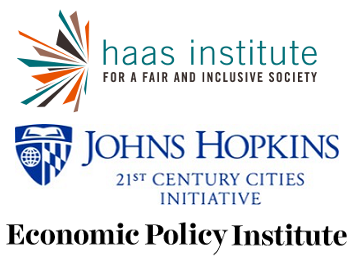 The 50th anniversary of the Kerner Commission report on Civil Disorders falls on March 1, 2018. The 50th anniversary of the Fair Housing Act occurs two months after that, along with the sesquicentennial of the 14th Amendment.  We are in the midst of a re-awakened awareness of the extent of racial segregation, inequality, and police brutality and violence, the precise themes and areas of inquiry of the Commission. Appropriately, the Kerner Commission has received renewed attention of late, including citation by the Supreme Court in its decision upholding the use of disparate impact claims in fair housing cases.

The #Kerner50 conference will also feature new work commissioned for it by poet Chinaka Hodge, St. Louis-based artist Damon Davis, San Francisco performance collective Campo Santo, and Bay Area artist Evan Bissell, and show work from Oakland artist Sadie Barnette’s piece Dear 1968. Plus: a special student art collaborative exhibit will be premiered at the Berkeley venue and a screening of the documentary Whose Streets? will take place on Feb. 28 with a discussion by co-director Sabaah Folayan.

For historical background on the Kerner Commission, read the executive summary of the 1968 report.

SPEAKERS
(Speakers denoted with an * will appear at the Baltimore satellite location. Those denoted by ** will appear in pre-recorded video interviews. All others to appear at UC Berkeley)

Shantel Buggs, Assistant Professor in the Department of Sociology, and Assistant Faculty in the Program for African American Studies, Florida State University.

Sabaah Folayan, storyteller and filmmaker; director of Whose Streets?

Erica Frankenberg, associate professor of education and demography in the College of Education at the Pennsylvania State University.

Robert Hahn*, General Health Scientist at the Centers for Disease Control and Prevention in Atlanta, Georgia.

Fred Harris*, former US Senator from Oklahoma (1964-1973), & the only surviving member of the 9-member Kerner Commission.

Betsy Julian, Founder and Senior Counsel at the Inclusive Communities Project (ICP) in Dallas/Fort Worth, Texas.

Jay Kriegel*, Senior Adviser at Related Companies who previously served as assistant to the Vice-Chairman of the Kerner Commission, John Lindsay.

Mitch Landrieu, mayor of New Orleans, and author of upcoming book on race, titled In the Shadow of Statues: A White Southerner Confronts History.

Christina Livingston, Executive Director of the Alliance of Californians for Community Empowerment.

Myron Orfield, Earl R. Larson Professor of Civil Rights and Civil Liberties Law at the University of Minnesota, and Director of the Institute on Metropolitan Opportunity.

john a. powell, Director of the Haas Institute for a Fair and Inclusive Society at UC Berkeley, the Robert D. Haas Chancellor’s Chair in Equity and Inclusion, & Professor of Law and Professor of African American and Ethnic Studies.

Richard Rothstein, Senior Fellow at the Haas Institute, a research associate at the Economic Policy Institute, and author of The Color of Law, a Forgotten History of How our Government Segregated America.

Sandra Susan Smith, Professor of Sociology & Interim Director of the Institute for Research on Labor and Employment, UC Berkeley, and author of Lone Pursuit: Distrust and Defensive Individualism among the Black Poor.

Eric Tang, Assistant Professor in African and African Diaspora Studies and the Center for Asian American Studies at the University of Texas at Austin.

Leana S. Wen*, Commissioner of Health for the City of Baltimore.

Julian Zelizer*, frequent commentator in international and national media on political history and contemporary politics, and author of The Fierce Urgency of Now: Lyndon Johnson, Congress, and the Battle for the Great Society (2015).

AGENDA (times may change slightly as agenda is finalized)

See below for direction to the location.

The conference includes a cocktail reception Tuesday night, and continental breakfasts and sandwich lunches on Wednesday and Thursday.

Pay It Forward, Businesses and Foundations: $250
You are part of a for-profit company, foundation or educational institute that has a budget for conferences or are an individual with the means to cover the actual per person cost of the conference. Register here.

UC Berkeley Students: $3.95
UC Berkeley students must use their berkeley.edu emails when registering for the conference to be eligible for this rate, and must present their Cal IDs at the door. Register here.

Group Discounts:
Unfortunately, we are unable to offer group registration discounts for this conference.

Scholarship Funding:
We have a very limited number of scholarships available on a first come basis if you are unable to afford the $75 registration fee. Please contact Alycia Tulloch for a link to the scholarship application. There is no application fee.  However, if your application is accepted, there will be a processing fee that must be paid at the time of your acceptance of an awarded scholarship.

The online registration system is set up to accept major credit cards.

* If you are an individual who would like to pay by check, select that payment option during your online registration, complete and print out your registration form, and send along with a check made payable to UC Board of Regents. Write “Haas Institute Kerner Conference" in the memo line and mail in advance of the conference date to:

If you are a campus group in the UC system and would like to pay by chartstring, please contact Puanani Forbes to receive a code for online registration.

Group Registration
If you are a paying for multiple members of a group, you can do this via Regonline and the first person registered in the group will be charged. If members of the group are paying individually (for example, with different credit cards), you must create separate registrations for each.

Hotel Rooms
The conference is not holding a room block at a particular hotel. Below is a list of hotels in the area within close walking or BART proximity to the Kerner Commission Conference location.

HOW TO GET HERE 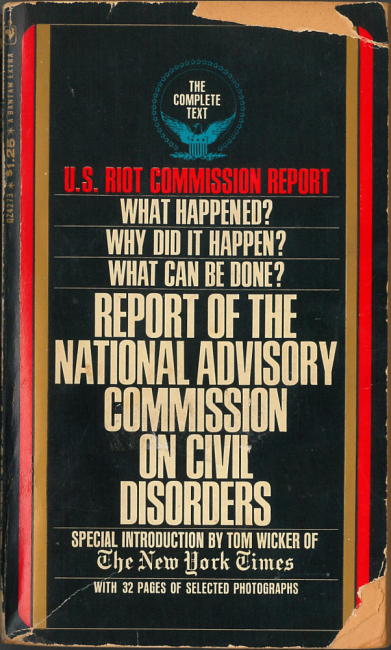