BERKELEY, CA: The Othering & Belonging Institute on Tuesday re-released a report originally published last year on government failures to address the recommendations of the 1968 Kerner Commission report. The decision to re-release "The Road Not Taken" report, which features our updated name and logo, was prompted by the current wave of protests sweeping through the United States and much of the world, causing a surge in interest among the public for answers about the underlying causes of the rebellions, and remedies to racism and inequality.

Protestors in more than 100 American cities are demanding justice, changes to policing and the criminal justice system, and redress for racial inequality in response to the murder of George Floyd, an unarmed Black man, by the hands of a police officer. They arose not long after the killing of Breonna Taylor in Louisville following a bungled execution of a search warrant and video emerged showing the shocking murder of Ahmaud Arbery in a Georgia town earlier this year by several white men with known relations to local law enforcement. 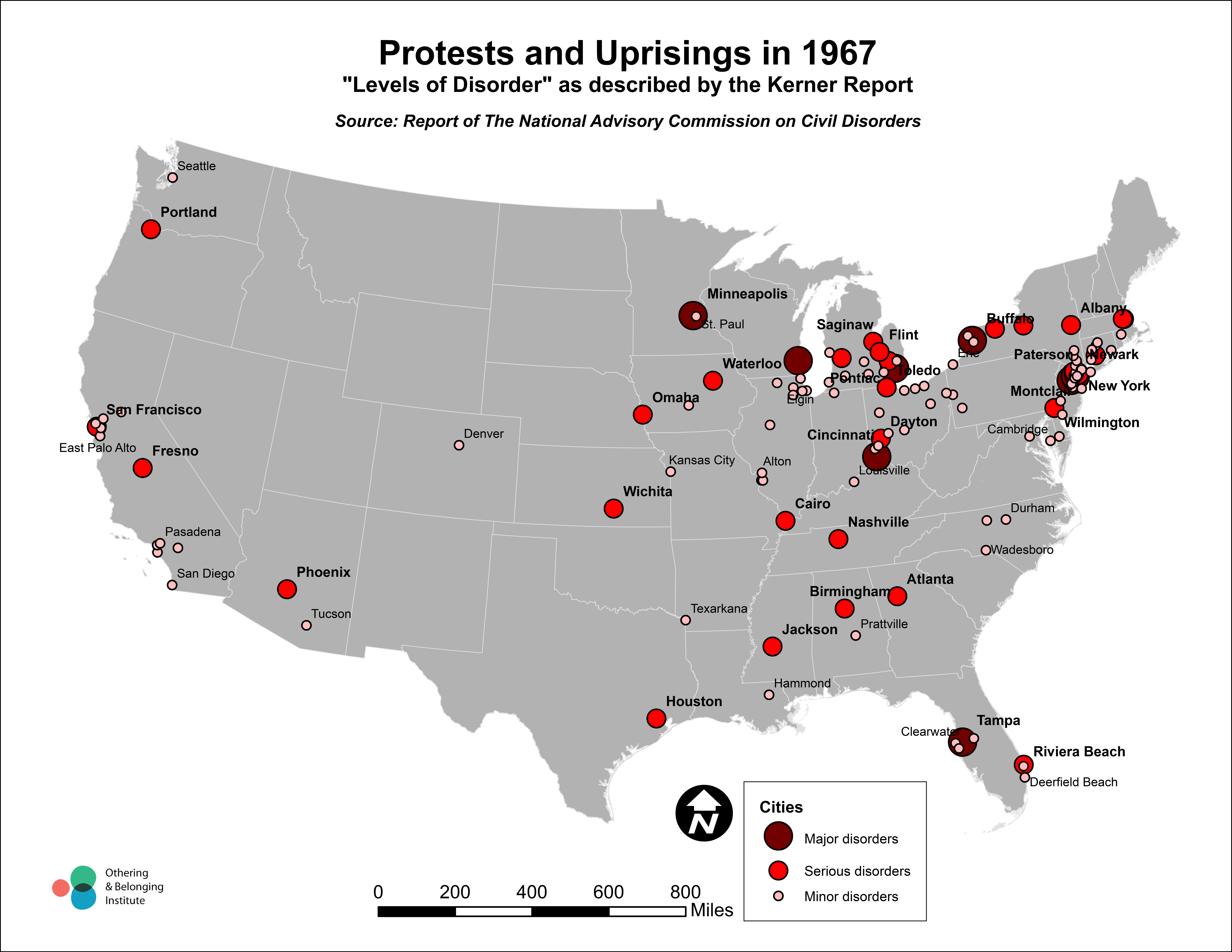 Similar protests arose in the middle years of the last decade in dozens of American cities following the deaths of Eric Garner, Michael Brown, Freddie Gray, and Walter Scott, among many others, by the hands of police. Nor are such protests a recent phenomenon. In 1967, police encounters with unarmed Black Americans triggered more than 100 similar protests across the nation, the most serious uprisings occurring in Detroit, Newark, Minneapolis, Buffalo, Milwaukee, and Cincinnati. That year, a President Johnson convened a special commission, known as the Kerner Commission, to investigate the causes of the uprisings and to recommend policies to address them.

Two years ago, on the 50th anniversary of the release of the report of the Kerner Commission, we convened many of the nation’s leading experts on racial inequality in education, housing, health care and criminal justice to assess progress against the Kerner Commission’s recommendations, and to imagine what a contemporary agenda to address policing and systemic racial inequality might look like. Not only did we compile many of the most crucial perspectives into a post-conference newsletter, but we more recently produced "The Road Not Taken" report, co-authored by acclaimed historian Richard Rothstein, on policing, criminal justice, and housing.

Among the recommendations presented in our report relating to policing and criminal justice, we proposed to:

Our report examines where and why we have fallen short in attempting to implement these recommendations. These measures, and others like them, are among the policy changes needed if we are to address the issues that lead to a history of uprisings and the perpetuation of racial injustice.

Read the original press release published in 2019 announcing the publication of "The Road Not Taken" here.