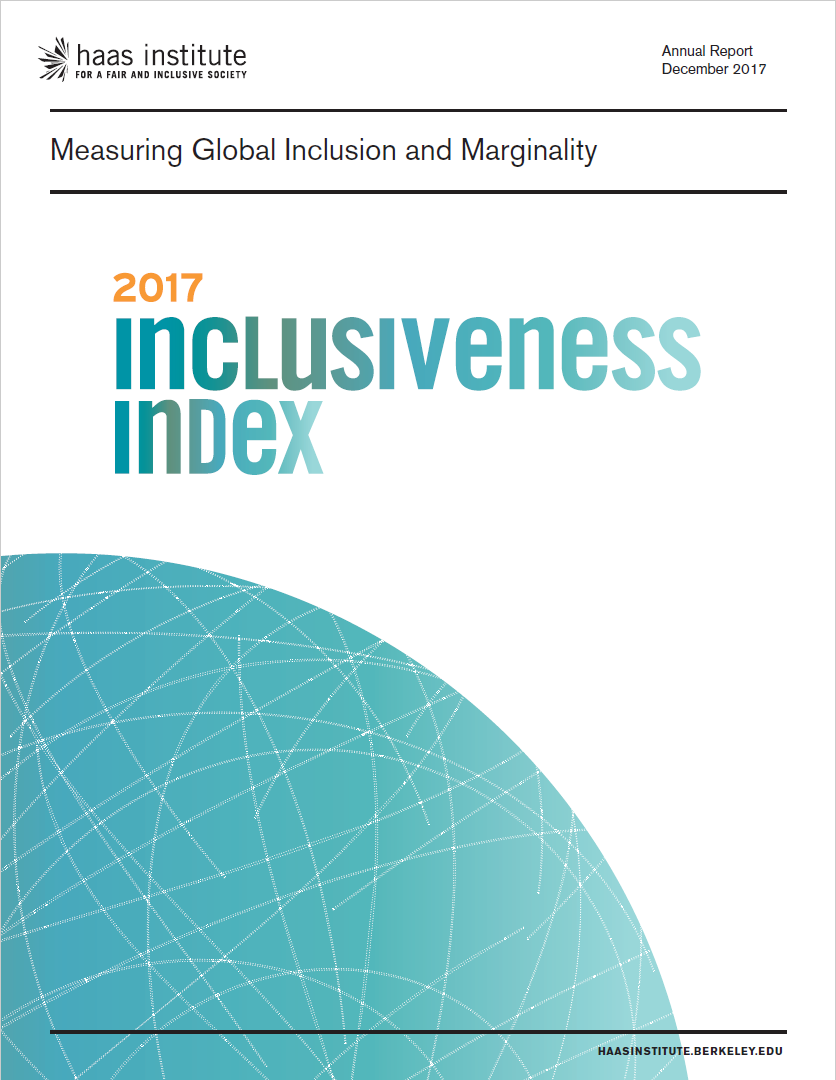 BERKELEY, CA: The Netherlands, Sweden, and Norway retained the top three spots in the Haas Institute’s 2017 Inclusiveness Index released today, which ranks nations based on their levels of inclusion and group-based marginality. The Index examines inclusivity in absolute terms and relative to other nations.

The United States fell from the most inclusive group of nations in 2016 to the middle group of the 120 countries included in this year's report, according to a ranking system that uses six indicators—Outgroup Violence; Political Representation; Income Inequality; Anti-Discrimination Laws; Rates of Incarceration; and Immigration/Asylum Policies—to determine a nation's level of inclusivity.

The Inclusiveness Index differs from other well-known global ranking systems in that it focuses on the inclusion and marginality for specific, marginalized groups rather than offering an assessment of the well-being of a country's general population as a whole. By focusing on how groups fare relative to each other and on objective legal and institutional regimes, “the poorest nations on the planet are capable of faring best in terms of inclusivity, while the wealthiest are capable of faring the worst,” according to the report.

The report looks at the rights and treatment of minority groups in the categories of gender, race and ethnicity, religion, disability, and sexual orientation, in relation to the dominant groups in each country.

"Inclusivity is realized when historically or currently marginalized groups feel valued, when differences are respected, and when basic and fundamental needs and rights—relative to those societies' dominant groups—are met and recognized," the report states.

From year to year, the Inclusiveness Index is intended to help understand changes in how nations treat their marginalized groups, and how they respond to local and global phenomena, such as changing demographics as a result of the global migration crisis, or the more recent rise of far-right nationalist movements in many parts of the world.

The index does not purport to represent a definitive measure of any one country's inclusion or lack thereof, but it is intended to draw attention to the conditions of marginalized groups, globally, and generate discussion for further inquiry into the realities facing certain regions with the hope of influencing policy that would improve people’s lives.

In addition to the list of countries, the report includes an assessment that looks in depth at the global findings and themes to provide context for the rankings.

The 2017 Inclusiveness Index can be downloaded at here.