john a. powell (who spells his name in lowercase in the belief that we should be "part of the universe, not over it, as capitals signify") is an internationally recognized expert in the areas of civil rights, civil liberties, structural racism, housing, poverty, and democracy.  He is the Director of the Othering & Belonging Institute at the University of California, Berkeley, a research institute that brings together scholars, community advocates, communicators, and policymakers to identify and eliminate the barriers to an inclusive, just, and sustainable society and to create transformative change toward a more equitable world.

john holds the Robert D. Haas Chancellor’s Chair in Equity and Inclusion and is a Professor of Law, African American Studies, and Ethnic Studies at UC Berkeley. Previously, he was the Executive Director of the Kirwan Institute for the Study of Race and Ethnicity at The Ohio State University where he also held the Gregory H. Williams Chair in Civil Rights & Civil Liberties at the Moritz College of Law. He has won several awards including the 2021 Housing Hero Award, 2021 John W. Gardner Leadership Award, and the Convergence Bridge-Building Leadership Award for 2022.

He regularly appears in major media offering expert insights on a host of issues. Recent appearances include NPR and WYNC's On The Media in an episode about free speech and the constitution, Last Week Tonight with John Oliver in an episode about housing segregation, and CBS Evening News where john discussed the Institute's frameworks like Targeted Universalism. john gives frequent keynotes talks at a range of institutions such as the Chan Zuckerberg Initiative, Washington State University, the Office of the Minnesota Attorney General, Nonprofit Quarterly, Project Democracy, the Gates Foundation, Habitat for Humanity, the InterFaith Leadership Council, the Permanente Medical Group, and many more.

john has written extensively on a number of issues including structural racism, racial justice, concentrated poverty, opportunity-based housing, voting rights, affirmative action in the United States, South Africa and Brazil, racial and ethnic identity, spirituality and social justice, and the needs of citizens in a democratic society. He is the author of several books, including his most recent work, Racing to Justice: Transforming our Concepts of Self and Other to Build an Inclusive Society.

The founder and director of the Institute on Race and Poverty at the University of Minnesota, john has also served as Director of Legal Services in Miami, Florida and was the National Legal Director of the American Civil Liberties Union, where he was instrumental in developing educational adequacy theory.

john led the development of an “opportunity-based” model that connects affordable housing to education, health, health care, and employment and is well-known for his work developing the frameworks of “targeted universalism” and “othering and belonging” to effect equity-based interventions.

john has lived and worked in Africa, where he was a consultant to the governments of Mozambique and South Africa, and has also worked in India and Brazil. He is one of the co-founders of the Poverty & Race Research Action Council and serves on the board of several national and international organizations. He is also a member of the New Pluralists. john has taught at numerous law schools including Harvard and Columbia University.

How we do race will be consequential to the kind of society we have in the future. Our racing will be impacted by our history, our experience, as well as our imagined future. Our future will be impacted by the way the conscious and unconscious make meaning of our new social constructions. We must intertwine race with the other urgent issues we must confront including extreme inequality, mass incarceration, full participation in our political and cultural structures, and—perhaps most critically—with our most fundamental questions about who we are. 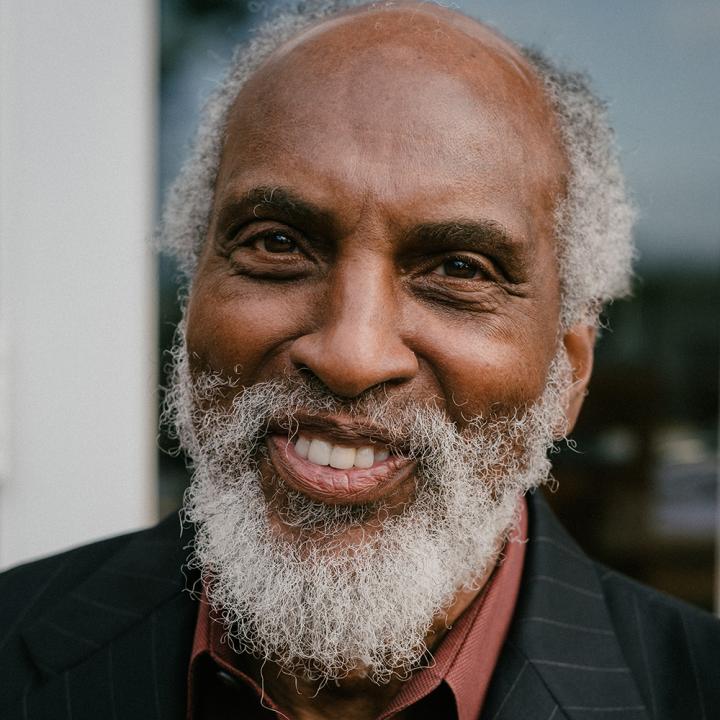 Director john a. powell is featured in this video produced by AJ+ one year after Michael Brown's killing in Ferguson, Missouri.

Video: When "just getting along" isn't enough

What if the very indigestibility of the other calls for new ways of framing identity and the promise of politics? Where are the thirst-quenching waters in a time of fire and fury? Is belonging possible in a world rooted in othering? These are some of...

In Dobbs v. Jackson Women's Health Organization an illegitimate, radical, rightwing court overturned half a century of settled law established by Roe v. Wade to advance a political agenda. But why do I refer to the current US Supreme Court as...

Equity 2.0? What is Targeted Universalism and How Does It Address Inequality?

This is an excerpt taken from this May 2022 webinar in which OBI Director john a. powell explains the concept of Targeted Universalism. This excerpt was originally published here. Transcript john a. powell: What happened in terms of the application...

This law review article published in the Minnesota Journal of Law & Inequality, authored by OBI Director john a. powell, explores the nature of the problem of toxic polarization and what we must do about it. It argues that bridging is necessary but...

On April 4, 2022 we celebrated the launch of our Cultures of Care project with a fantastic panel of care practitioners who talked about what care means to them, and why it matters more than ever today. This project was initiated in the fall of 2020...

“Belonging” is both a powerful and ambiguous concept. It reflects something essential to the human experience — a core need — but is not as tangible or easily comprehensible as shelter, nutrition, and rest.

As part of a Dec. 9 panel focused on Fair Housing for SCANPH, Director john powell presented research and insights on the challenges of housing equity, reflecting years of accumulated experience navigating this tricky issue.

Director john a. powell gave a presentation on Dec. 8 before the Institute for Nonprofit Practice focusing on strategies to foster belonging, particularly in non-profit organizations. His remarks emphasized the critical role of leaders in lifting up...

A Bridge to Belonging: The Practice of Beloved Community

Director john a. powell spoke at Thrive's event, "A Bridge to Belonging: The Practice of Beloved Community," on Dec. 5 about how bridging and belonging are integral to spirituality and the Beloved Community.

Can we disarm vigilantes by bridging?

Today, another vigilante escaped justice. Somehow, a jury in Wisconsin found that Kyle Rittenhouse was justified in driving across a state border and killing two protesters, wounding a third, and firing on a fourth with a semi-automatic rifle. I can...

On Nov. 5 Georgetown law professor Sheryll Cashin presented her new book, titled, White Space, Black Hood: Opportunity Hoarding and Segregation in the Age of Inequality, at UC Berkeley, in the first in-person event organized by the O&B Institute in...

On October 22, 2021, OBI Director john. a. powell joined ACLU-WA Executive Director Michele Storms in a conversation centered around the themes and concepts of othering & belonging and how the ACLU can use them as a blueprint in order to continue...

On October 20th, Director john a. powell presented the work of the Othering & Belonging Institute to WRLD CTY - The Global Forum for Urban Innovation on the importance and role of belonging in community health and well-being. powell used this...

On October 8, 2021, OBI Director john a. powell sat down with Dr. Carmen Rojas from the Marguerite Casey Foundation for a conversation for the ComNetworkV21 Conference. They discussed how nonprofit leaders, communicators, and storytellers can...

In this episode we interview UC Berkeley Professor and OBI Director john a. powell. john a. powell is an internationally recognized expert in the areas of civil rights, civil liberties, structural racism, housing, poverty, democracy, and othering...

On September 24, 2021, Director john a. powell presented testimony on reparations and political participation to the state of California’s Task Force to Study and Develop Reparations Proposals for African-Americans (his presentation begins at 1:04:16...

Video: Will humanity survive? The philosophy of john a. powell

This previously unreleased video from May 2018 features Othering & Belonging Institute Director john a. powell on the urgent need to create a world of greater belonging and avoid the impulse toward smaller and more fragmented "we's."
Image