Don’t go it alone, narratives do not take hold in isolation

So often, writes Rachel Weidinger of the Narrative Initiative, those in the advocacy sector look only at how their single campaign is doing, turning “allied efforts into separate projects with distinct goals, stories and metrics.” She argues that instead, a strategic narrative “must be made of many voices to be durable.”

Weidinger calls this approach a “polyvocal narrative strategy,” where many voices are given the power to shift and sustain narrative change. She explains that durable narrative change is woven within networks and structures and held by many voices. “A narrative flows through a society when many people share their stories in their own words. People come to embody, live in, and own a narrative. Using polyvocal approaches at every stage is what makes winning possible.”

Indeed, while movement actors often collaborate on shared communications strategies or messaging plans for a single campaign, powerful narratives that achieve lasting change are only made possible when groups align themselves on both a long-term, multi-campaign narrative strategy. This includes an approach that purposely engages many voices, messengers, and mediums in disseminating that narrative—over and over and over again.

Color of Change’s Rashad Robinson expounded on this concept in a 2018 article for OBI:

True infrastructure with respect to narrative is not about maintaining a list-serve for comms staff to align on rapid response talking points and create more press releases or circulating more PowerPoint decks … Narrative infrastructure is singularly about equipping a tight network of people organizing on the ground and working within various sectors to develop strategic and powerful narrative ideas, and then, against the odds of the imbalanced resources stacked against us, immerse people in a sustained series of narrative experiences required to enduringly change hearts, minds, behaviors and relationships.

To achieve that, Robinson writes:

We need actual human beings serving as our main vehicle for achieving narrative change—people equipped, talented, motivated and networked to effectively spread new and compelling stories throughout their networks and sub-cultures, as well as spreading the values and thought models they contain, in order to move those ideas into a “normative” position in society. Without people in “narrative motion” we cannot achieve narrative change. We must remember that a few big clouds do not water the earth below them—millions of drops of rain do the watering.

While communications plans, messaging guides, TV commercials, and targeted ads may—at best— constitute “a few big clouds,” we can hardly expect our gardens to grow from that alone. Rather, we need to intentionally create space to both align on a long-term narrative strategy and continue that work across coalitions, hubs, and partnerships—both within the social change sector and beyond it—to allow that narrative to be disseminated by many voices and across many mediums.

As Robinson writes: “We cannot let ourselves get lost in the clouds. We must ensure we are raining down on our culture and our narrative environment with the voices and actions of real people, in order to nourish that environment and facilitate the growth of the ideas we want to flourish in it.”

“People come to embody, live in, and own a narrative.”

Still, unless movement actors fully identify and understand the factors that are already shaping people’s attitudes and meta world views—and do this within local contexts with an eye on the broader dynamics shaping othering—an amplified, polyvocal narrative alone won’t necessarily shift hearts and minds. The narrative will land with those who are already “there,” but not necessarily move those who are wrestling with ambivalent views, or who are on “the other side” but persuadable. Thus, it’s important to only plan for a polyvocal narrative distribution strategy after a deeper analysis of existing narratives and beliefs has been conducted and addressed.

Rise Up for Justice Narrative Hub

In the run-up to the 2020 election, OBI dramatically expanded its work to support civic participation among under-represented groups with its Rise Up for Justice Narrative Hub, which brought together OBI researchers with digital creatives and some of the leading Black- and Latinx-led power-building organizations across the country to align across a strategic GOTV narrative and oversee the production of digital narrative products. The organizations involved in the Hub included Black Voters Matters Fund, One Fair Wage, Service Employees International Union, Coalición de Derechos Humanos, Workers Center for Racial Justice, MOSES, and other movement organizations. Partners for the subsequent 2021 Georgia runoff election included Black Alliance for Just Immigration and Asian Americans Advancing Justice - Atlanta.

The 2020 elections came on the heels of a historically high-turnout midterm in 2018. The Narrative Hub sought to support the many grassroots and movement-based organizations building on that momentum, and, perhaps most importantly, ensure that these organizations were aligned on narrative strategy in their GOTV efforts—and part of our efforts to co-produce it with outside creators.

The 2020 election season proved much more challenging than in normal circumstances. The COVID-19 pandemic posed steep challenges for reaching historically underrepresented communities like Black and Latinx voters. Not only had the pandemic hit these communities particularly hard, but the risk of transmission also limited civic organizations’ ability to use the best approach to activating inconsistent voters from these communities—face-to-face, multi-touch relational organizing. These considerations were the backdrop against which OBI and its civic partners made the strategic decision to form the Narrative Hub, with a focus on meeting the digital-organizing demands of the moment.
The Narrative Hub developed public service announcement videos, social media content, radio scripts, and strategic messaging to amplify GOTV campaigns by partner organizations. Messaging throughout all of our campaigns was informed by our narrative research, which we had aligned across our partnership network in the months and years leading up to the 2020 election.

Perhaps most importantly, we ran ads and organic posts from organizations and individuals who were local to the various markets we were working to reach, as these brands had built high levels of community recognition and trust, but that spoke to the larger narrative we were putting forth, which was that “we belong”: despite the obstacles before us and our grievances with various systems, we can and will turn out to vote as one of many steps toward our aspirations. 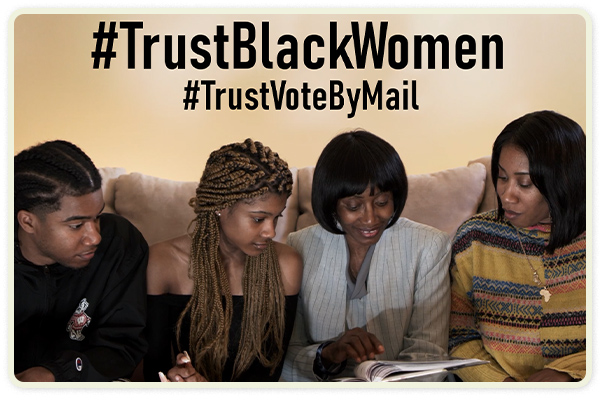 This video and associated graphic stills tell the story of Sandy Wilson, an African American elderly retired postal worker in Wisconsin, who offered insight into how the post office works and why voters can trust the postal service to securely deliver ballots. 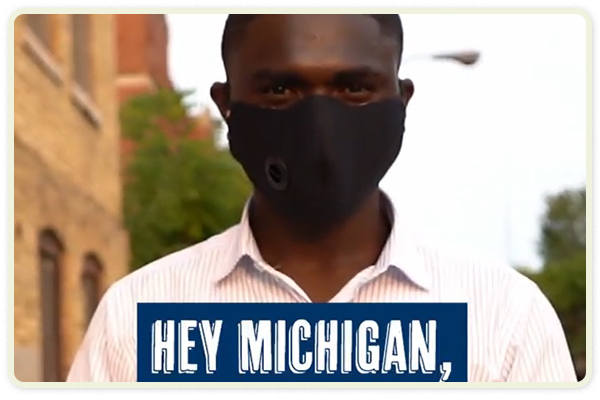 Social media video shorts for Georgia, Michigan, Nevada, North Carolina, and Wisconsin. This digital short featured young Black people dancing their way to a mailbox to submit their mail-in ballots. The message: October is voting month (and voting is fun). This short was distributed by local partners in different states as well as by microinfluencers with audiences in target regions. 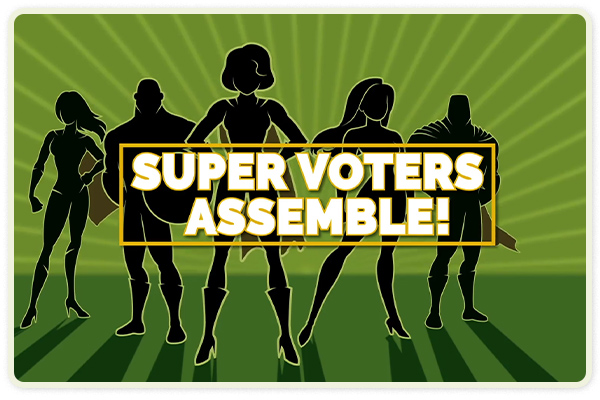 Disseminated via paid ads through the Black Voters Matters Fund brand, this GOTV video played on a Halloween theme, suggesting viewers be a “super voter” rather than a superhero. Launched nine days prior to election day in five key states, Arizona, Georgia, Michigan, North Carolina, and Wisconsin, the video was viewed 1.6 million times reaching over 310,000 people with a frequency of five views each. 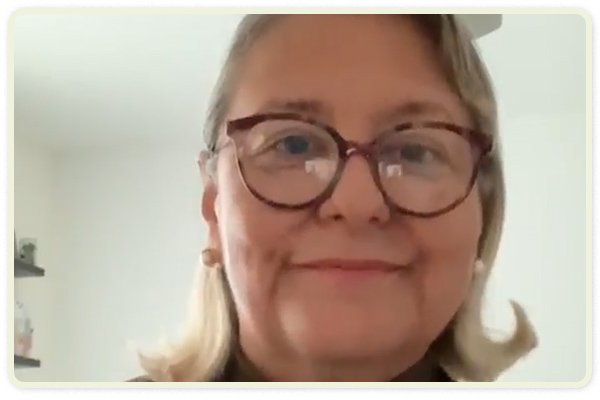 Working with Make the Road NV, video testimonials were created in English and Spanish with real Latinx voters sharing why they are voting— whether for themselves, their families, or for those who cannot. Thanks to the high relatability of real people featured, the Nevada ads saw the highest click-through rates (CTRs) across all OBI ad campaigns, with the top video ad scoring a very high 3 percent CTR.