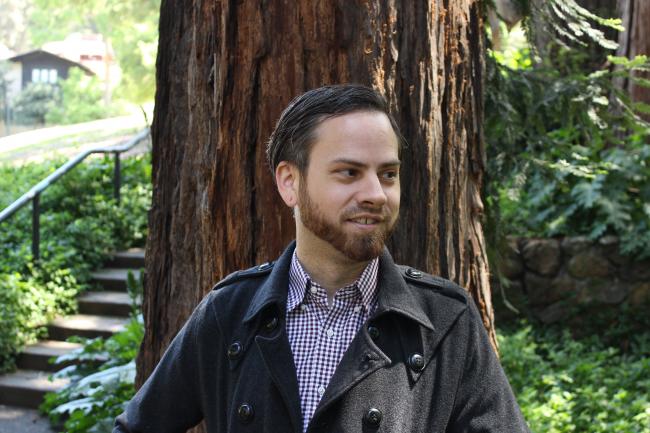 A conversation with Senior Fellow Joshua Clark about his post-2016 election research and analysis—work that is part of his joint position with the Haas Institute and Tides Foundation.

On the week of the one-year anniversary of the 2016 presidential election, we released a report you authored called “What Didn’t Happen?” By using that title, what are some misconceptions you wanted to address?

The main misconception I wanted to spotlight was the idea that there was any single, master explanation for the outcome of the 2016 presidential election. We all saw the dizzying succession of talking points: “It was turnout!” or “It was women!” or  “It was Trump’s appeal to the working class!” To be fair, these weren’t just headlines—many of those claims were backed by substantial data and plausible arguments. And in many cases, those analyses were at least partially right.

But overall, Trump’s victory in the Electoral College required the confluence of multiple factors and many anomalous voting behaviors that combined in distinct ways across regions. If there are a lot of “one-big-thing”-style arguments about what determined the 2016 outcome, it’s because you can come up with a lot of counterfactuals that would have landed us a different result. But just because you can make a plausible “if only x had happened…” argument doesn’t mean you can’t do the same for factors a, b, and c.

So my aim was to say: “What do you mean ‘what happened’? Actually, what didn’t happen?”

You are also doing research on "legal structures of inclusion” in relation to voter turnout and voter suppression. Why is dismantling “structures of exclusion” not enough?

I worry that if we set our mission only as removing barriers or structures that exclude, we accept the popular fallacy that there is a way to set the structures back to “neutral.” It is to act as though there can be, or used to exist, a place of equilibrium in our laws and institutions that can be restored. That simply is not the case. To strive for structures of inclusion means advocating for laws, policies, institutions, processes, and even forms of sociality that deliver equality across constituencies situated many ways in our society.

Now, what would those structures look like when it comes to voting? I would say that we only know by testing ideas and seeing their effects. A legal or policy reform, or any other intervention in how people can register and vote, is a mechanism of inclusion insofar as it actually increases the participation of voters, particularly those we know don’t consistently participate.

There are many ideas about how to improve structures around elections to make them more inclusive, and several are getting adopted at the state level. In 2016, Oregon became the first state to implement automatic voter registration (AVR), a system that registers eligible citizens automatically any time they interact with the DMV. Recently Washington also passed AVR legislation, along with pre-registration for 16- and 17-year olds and Election Day (“same-day”) registration. In California this year we will begin to see the implementation of the Voter’s Choice Act, which contains a suite of changes meant to give voters greater flexibility and convenience in how, when, and where they vote.

All of these reforms are meant to facilitate voting, but intent is not the same as outcome. We need to continue to build on these types of reforms, not only in election administration but also through innovative voter engagement and mobilization efforts, while evaluating who we are reaching and where non-participation persists.

You’re currently working to reframe the idea of “voting rights” by bringing in notions of “targeted universalism” and “positive obligations.” What would a reframed understanding look like?

Most of my past work centered on international human rights in the post-WWII context. In that sphere, there has been a real shift in ideas about securing rights for everyone. Especially since the end of the Cold War, the international human rights system has pursued an implementation agenda that takes rights to be only as real as their actual enjoyment in practice. So that means asking a bigger set of questions than just whether there are cases of rights being attacked; it means trying instead to assess whether rights are being equally and effectively enjoyed, and if not, requiring positive actions to fulfill them.

Targeted universalism calls for something similar, but offers a more systematic mode of operationalization. It foregrounds the fact that what we’re talking about is creating differential policies and practices tailored to the needs of differently-situated individuals and communities.

Where voting rights are concerned, I think that both point to the same main things: First, let’s move from a minimalist standard of “can they vote?” to “are they voting?,” with the obvious caveat that we’ll never see 100 percent participation. And second, if there are patterns in who’s making it to the polls and who’s not, we need to design some positive steps to facilitate the exercise of voting rights for those groups for whom the existing structures are not effective.

Some seem reliant on the idea that demographic shifts in the US will naturally cause politics to grow more favorable to their causes. Do you agree with this analysis?

This is a topic of longstanding and sometimes heated debate. When people make this kind of claim, of course there’s something there. But to me, there is much more that is wrong than right about the analysis.

First, this type of argument often relies on census figures on ethnic and racial categories that we know do not perfectly align with people’s modes of identification. Further, the way we define these identification categories today—and thus the criteria on which today’s socio-demographic projections are based—will not necessarily be the same bases of self-identification for our children’s generation. We cannot take for granted how patterns of self-identification will develop into the future nor how the resulting identities will interact with different political positions.

john powell often reminds people that you don’t win by having the numbers on your side; you win because you get organized and you have a plan. That’s politics. The whole idea that “demographics are destiny” is an expression of anti-politics, because it suggests you don’t have to do the hard work of listening to people, organizing, and building something together.

You wrote a piece on learnings “After Virginia,” about what we can take away from the Democratic victories in Virginia last year. What does Virginia signal?

The Virginia election results are suggestive of a number of interesting things. Maybe the most under-appreciated lesson going into this year’s midterms is that the polarization and nonstop political spectacle of the past couple of years is likely to pump up turnout across the board, not just among opponents of the current administration. If you don’t believe that, you’re probably taking too much from a highly unusual Alabama special election, and not enough from Virginia. I think that people often forget that there are “occasional voters” on—or with leanings toward—both sides of the political spectrum. I expect we’ll see high rates of all of them at the polls in November.

My Virginia piece made some predictions about where progressive electoral strategy was headed that I think have proven correct, at least so far. The Virginia elections undoubtedly show that young people, Latinos, Asian Americans, and African Americans can indeed surge as powerful electoral forces even in a non-presidential year. Virginia also suggests that these groups will mobilize for down-ballot races and rally in support of new or “authentic” voices. The new lawmakers elected in Virginia were wise by running on local issue platforms rather than making everything about national partisan polemics. At the same time, they included people that represent this country’s richness and breadth—people from many underrepresented communities and life experiences. There was even a cultural anthropologist—like me—elected to the Virginia House of Delegates. What could be more unexpected than that?

What issues and trends are you paying particular attention to in the upcoming midterms?

Like anyone who follows these things, I have my own personal favorite races of interest. Some of them are primaries on both sides of the partisan divide. In the past few years there has been a lot of push and pull around issue stances in both major parties, and primaries can be an indicator of how likely it is that new stances will spread and solidify. So for example there are a handful of statewide races where you have long-time locally popular GOP elected officials squaring off against nativist, provocateur-type candidates. On the other side, there are a lot of first-time Democratic candidates who are running on very bold progressive proposals that polls suggest have support, but that conventional wisdom has long said “can’t win.”

There's a current debate about what we should understand as the “baseline” for the electorate moving forward: the patterns from the 2012 and 2016 presidential elections. Was 2016 an aberration?

I think that question is important, but I worry that the most influential voices in these analyses will continue foregrounding partisan swings—especially with respect to white suburbanites and whites without a college degree—while ignoring fluctuations in turnout, or in the composition of the electorate. That is dangerous because when a dynamic (or voter group) is omitted from analyses of one election, it is likely to be left out of planning for the next. That is one way research and analysis become complicit in a cycle that alienates so many voters. But there is also an opening there, I hope, to challenge that cycle by altering the terms of the conversation.