Sonia Katyal's scholarly work focuses on the intersection of technology, intellectual property, and civil rights (including antidiscrimination, privacy, and freedom of speech). Her past projects have studied the relationship between copyright enforcement and informational privacy, the impact of branding and trademark law on freedom of expression, and the intersection between copyright law and gender with respect to cultural works. Katyal also works on issues relating to cultural property and art, with a special focus on new media and the role of museums in the United States and abroad. Her current projects focus on the intersection between internet access and civil/human rights, with a special focus on the right to information; algorithmic transparency and discrimination; source code and the impact of trade secrecy; and a variety of projects on the intersection between gender and the commons. As a member of the university-wide Haas LGBT Cluster, Professor Katyal also works on matters regarding law and sexuality. Current projects involve an article on AI, surveillance and gender, and another on family law’s governance of transgender parents. Professor Katyal’s recent publications include The Numerus Clausus of Sex, in the University of Chicago Law Review; Technoheritage, in the California Law Review; and Algorithmic Civil Rights, forthcoming in the Iowa Law Review.

Professor Katyal is the co-author of Property Outlaws (Yale University Press, 2010) (with Eduardo M. Peñalver), which studies the intersection between civil disobedience and innovation in property and intellectual property frameworks. Professor Katyal has won several awards for her work, including an honorable mention in the American Association of Law Schools Scholarly Papers Competition, a Yale Cybercrime Award, and a Dukeminier Award from the Williams Project at UCLA. She has published with a variety of law reviews, including the Yale Law Journal, the University of Pennsylvania Law Review, Washington Law Review, Texas Law Review, and the UCLA Law Review, in addition to a variety of other publications, including the New York Times, the Brooklyn Rail, Washington Post, CNN, Boston Globe’s Ideas section, Los Angeles Times, Slate, Findlaw, and the National Law Journal.

In March of 2016, Katyal was selected by U.S. Commerce Secretary Penny Pritzker to be part of the inaugural U.S. Commerce Department’s Digital Economy Board of Advisors. She also serves on the Executive Committee for the Berkeley Center for New Media (BCNM) and on the Advisory Board for Media Studies at UC Berkeley.

Before entering academia, Professor Katyal was an associate specializing in intellectual property litigation in the San Francisco office of Covington & Burling. Professor Katyal also clerked for the Honorable Carlos Moreno (later a California Supreme Court Justice) in the Central District of California and the Honorable Dorothy Nelson in the U.S. Court of Appeals for the Ninth Circuit. 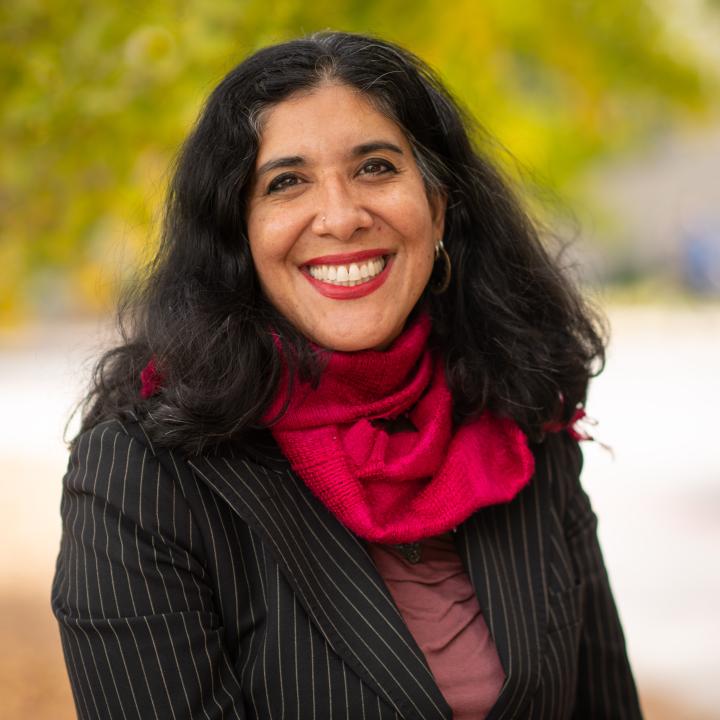 The Haas Institute is thrilled to welcome eminent legal scholar Sonia Katyal as the new Distinguished Chair of its LGBTQ Citizenship research cluster. Katyal, the Chancellor's Professor of Law and co-director of the Berkeley Center for Law &...
Image