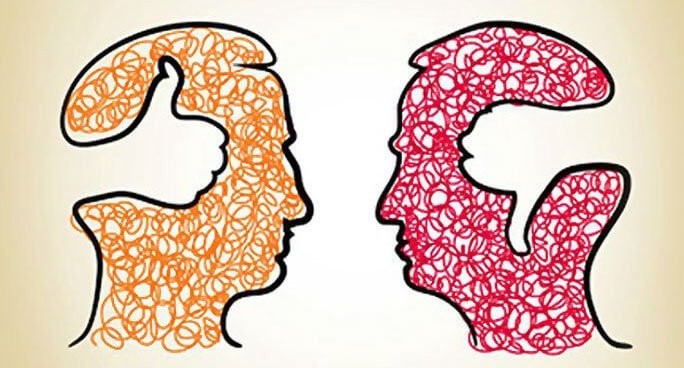 The headlines this summer were seemingly incessant: “Georgia woman calls cops on black man taking care of 2 white kids”; “Woman Assaulted Black Boy After Telling Him He ‘Did Not Belong’ at Pool, Officials Say”; Neighbor Calls the Police on a 12-Year-Old Boy Mowing the Grass”; and so many others. Too many.

They all shared one thing: white people overreacting to people of color doing normal, everyday activities in normal, everyday spaces. Activities as mundane as barbecuing with friends or moving into a new apartment building, as one young professional was doing earlier this year in New York City when a neighbor reported his behavior as “suspicious.”

At its worse, this scrutiny is the result of outright and conscious racist beliefs by openly bigoted individuals. Yet, at a time when many fellow white people proudly claim their support for civil rights, diversity, and even an “I don’t even see color!” attitude towards race, these occurrences  are often triggered by implicit biases—the associations and connections we make subconsciously about the things around us, and the emotions they subsequently trigger.

While extensive—and deserved—attention has been given to the outcomes of policing calls triggered by racial profiling, my purpose here is to explore the science behind implicit beliefs and subconscious activities of those who make these calls in the first place—white people.

“[Having biases] is part of the human condition. It's the way brain functions,” reassured Haas Institute Director john a. powell in a recent interview. “But sometimes [these biases] go awry” and lead us to take actions that are not in line with our stated (explicitly stated) beliefs and values.

Indeed, when we discover that we have biases that conflict with our values, then we must be proactive about taking steps to stop or redirect them—and that starts with not being defensive, powell said.

“Intent is not the penultimate measure,” he said. “We can intend not to be biased, but when we find that we are, we should be willing to deal with it."

To deal with it without crumbling into a heap of defensiveness, let’s start by understanding why we continue to have unwanted biases in the first places.

Humans, research has shown, have a tendency not only to categorize objects, but also to trust and prefer that which is familiar. From as young as 9 months, for example, babies are better able to better recognize faces and expressions of people who resemble them than of those who don’t.

Older children similarly show preferences for that which is categorized as being “like them”—even beyond race. In one study, children grouped by t-shirt color showed a preference for other children wearing the same color shirt—an entirely random grouping, but one that had tangible consequences for the treatment of those who were not of “their” group.

The brain, quite simply, is a “survival machine,” explained psychologist David Amodio of New York University in a 2010 article for UC Berkeley’s Greater Good Science Center. While our conscious brain may view the world in its many textured complexities, our subconscious mind, Amodio explained, “is constantly working in the background like a personal assistant to take care of the details so we don’t have to think about them consciously.”

This can range from reminding our bodies to breathe to subconsciously alerting you that something is “off.”

“Intent is not the penultimate measure. We can intend not to be biased, but when we find that we are, we should be willing to deal with it."

The brain’s capacity for snap judgement and fear-based gut reaction was developed in our evolutionary ancestors, who lived in homogenous groups and understood anyone outside the group to be an immediate survival threat. The mental mechanisms for determining who is “us” and who is “them”—and therefore a threat—were undoubtedly useful for ancient, more primitive societies where interactions with outside groups were uncommon.

However, as our social networks grew and our worlds became increasingly connected, these quick reactions based on familiarity became less helpful in determining what is a threat and what isn’t. In fact, Almodio argues, they are a disadvantage.

“Humans now live in a multicultural society linked by neighborhoods, workplace and political hierarchies, states, nations, and global regions—and peaceful interdependence is now key to our survival,” Almodio wrote. “With these new societal complexities, the basic machinery of the mind that promoted the survival of our evolutionary ancestors becomes not-so-adaptive for social life in the 21st century.”

It seems, however, that our subconscious mind has yet to catch up, not least influenced by the widespread racism, racist stereotypes, and negative racial attitudes that are consistently reinforced in media, politics, and the society at large. Findings from the widely-used Implicit Association Test (IAT) demonstrate that racial bias remains widespread, despite popularly stated views of egalitarianism.

The IAT, which tests for the strength of associations between concepts (like Black people or women) and evaluations or stereotypes (like good or aggressive), has found that of the millions of people who have taken the test, around 70 percent of white respondents have some sort of pro-white bias—despite the same percentage claiming to hold unbiased racial attitudes.

Other studies have identified similar conflicts between active and subconscious attitudes. One NYU study found that when white men viewed pictures of Black male faces with quick glances, activity spiked in their amygdala, the brain structure associated with feelings of vigilance and fear.

“Neuroscience has shown that people can identify another person’s apparent race, gender, and age in a matter of milliseconds,” Princeton psychologist Susan Fiske has said. “In this blink of an eye, a complex network of stereotypes, emotional prejudices, and behavioral impulses activates. These knee-jerk reactions do not require conscious bigotry, though they are worsened by it.”

Ultimately, however, we are not helpless victims to the unrelenting frenzy of media bias or the most basic of our animal impulses. While biases may always exist, Fiske concluded, they are “shaped by an ever-changing mix of cultural beliefs and social circumstances.”

“While we may be hardwired to harbor prejudices against those who seem different or unfamiliar to us, it’s possible to override our worst impulses and reduce these prejudices,” Fiske said. “Doing so requires more than just good intentions; it requires broad social efforts to challenge stereotypes and get people to work together across group lines.”

The key to reducing these biases for individuals like myself who seek to reduce the impacts of our deeply unwanted associations, is sustained and meaningful personal contact. White people’s amygdalas do not show a spike in activity in response to the face of a famous Black person, she notes, as their brains have grown accustomed to that face after repeated exposure.

In fact, simply by living in diverse places, white people become less racist, one Oxford study demonstrated, and this reduced racism is directly related to their experience living in a more integrated space. The study, an analysis of seven previous studies carried out between 2002 and 2012 in the UK, US, Europe, and South Africa, found that even when white people have minimal interaction with other groups, they still expressed greater tolerance due to seeing positive representations of other races around them.

“While we may be hardwired to harbor prejudices against those who seem different or unfamiliar to us, it’s possible to override our worst impulses and reduce these prejudices. Doing so requires more than just good intentions; it requires broad social efforts to challenge stereotypes and get people to work together across group lines.”

“If two white people with identical views went to live in different postcodes for a year, the person in the neighborhood with more mixing between ethnic groups would likely leave more tolerant,” said one of the study’s authors in an interview with The Independent. “We would see this effect even if they never personally spoke to people from other ethnicities. The size of this ‘passive tolerance’ effect on people's prejudice is of the same order as the effect of passive smoking on lung cancer risk.”

Indeed, truly desegregating shared spaces such that Americans have genuine and enriching interactions with people who are fundamentally different from themselves remains key to dismantling both conscious and unconscious biases.

Ultimately, we must come to both accept that as much as we try, we are not fully in control of our consciousness, as well as recognize that rewiring our biases requires proactively building new habits. By consciously exposing ourselves to—and connecting with—those who are different from us across various identities and axes, we can begin the long process of hitting reset on our subconscious associations.

Editor's note: The ideas expressed in this blog post are not necessarily those of the Haas Institute or UC Berkeley, but belong to the author.
Image