Our third Livestream event brings together leading strategists, organizers, and lawyers from the frontlines of the battle to ensure that everyone’s vote counts and every vote is counted.

Fifty-five years after the passage of the Voting Right Act of 1965, the right to vote is being subverted by domestic and foreign actors, federal and state governments, counties, and courts. The fight to vote has taken on legal, advocacy, and grassroots organizing dimensions in many parts of the country.

Learn about the fight against the latest modern-day poll tax imposed this September when the US Court of Appeals for the 11th Circuit ruled that the majority of formerly imprisoned Floridians who have outstanding fines and fees. Florida Rights Restoration Coalition is leading efforts against this ruling that affects about 774,000 individuals who will not get to vote in November. You can join FRRC's efforts to pay fines and fees. DONATE HERE.

This event is being organized by the Othering & Belonging Institute at UC Berkeley in collaboration with Black Voters Matters Fund. 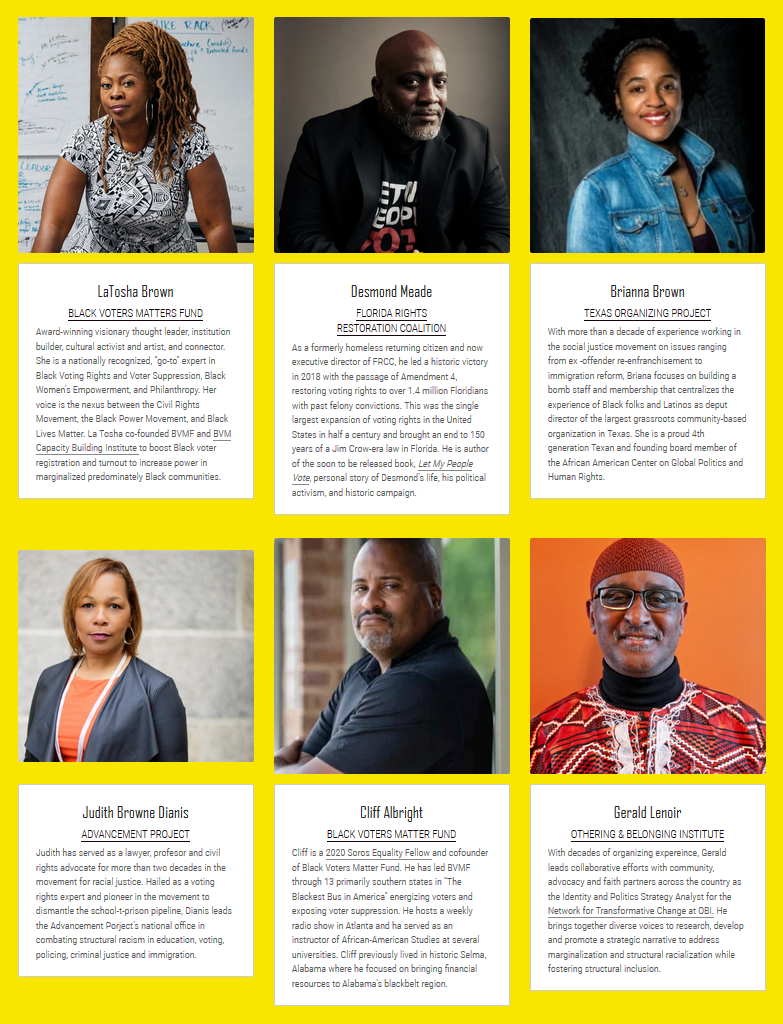 Action Toolkits and Other Resources

This Livestream series, “Rise Up For Justice: Black Lives and Our Collective Future,” from the Othering & Belonging Institute at UC Berkeley, is providing space for cutting edge conversations among activists, scholars, journalists, and other thought leaders to provide context and analysis on this transformative moment and envision what comes next in the movement for racial justice.

A Black-led movement demanding police accountability and justice has galvanized anger, grief, and frustration over the repeated killings of Black men and women both historically and in the present day—but also hope for a future rooted in true belonging. People worldwide are participating in a pivotal uprising that will reshape not only our relationship with Black communities but also our collective future. Launched in June 2020 in response to the murder of George Floyd.

Check out our previous events:

THANKS TO THE FOLLOWING ORGANIZATIONS FOR SUPPORTING THIS SERIES