(For a recording and transcript of this event visit this page)

On Thursday, August 27 we will explore the role of activist athletes and the struggle for social and racial justice. From Paul Robeson to Althea Gibson, from Muhammad Ali to Maya Moore, from Colin Kaepernick to Megan Rapinoe, athletes have cast their lot with oppressed peoples and have spoken out for justice. Today, athletes are still organizing and speaking out for Black lives, LGBTQ rights, women’s rights, democratic rights, Native sovereignty, and immigrant rights. This is a panel of athletes who have stepped up and knelt down.

This event is being organized by the Othering & Belonging Institute at UC Berkeley in collaboration with Athletes for Impact, Elect Justice, and Vote.org. 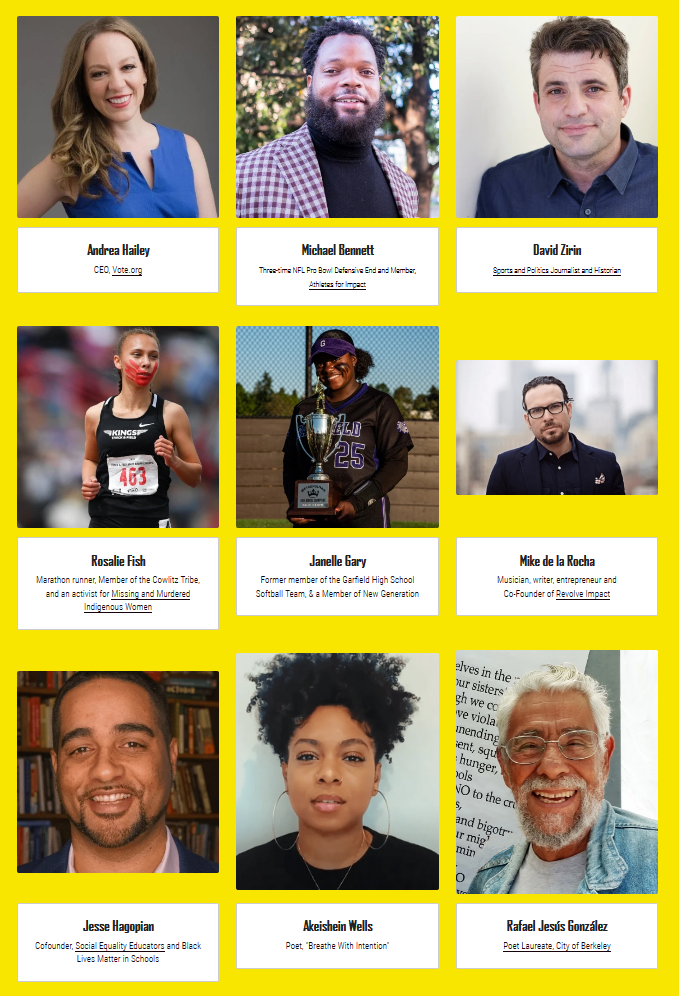 Action Toolkits and other Resources

THANKS TO THE FOLLOWING ORGANIZATIONS FOR SUPPORTING THIS SERIES

About the Rise Up for Justice series

A Black-led movement demanding police accountability and justice has galvanized anger, grief, and frustration over the repeated killings of Black men and women both historically and in the present day—but also hope for a future rooted in true belonging. People worldwide are participating in a pivotal uprising that will reshape not only our relationship with Black communities, but also our collective future. This livestream series, “Rise Up For Justice: Black Lives and Our Collective Future,” from the Othering & Belonging Institute at UC Berkeley, is providing space for cutting edge conversations among activists, scholars, journalists, and other thought leaders to provide context and analysis on this transformative moment and envision what comes next in the movement for racial justice. Launched in June 2020 in response to the murder of George Floyd. We held our first event on June 8.