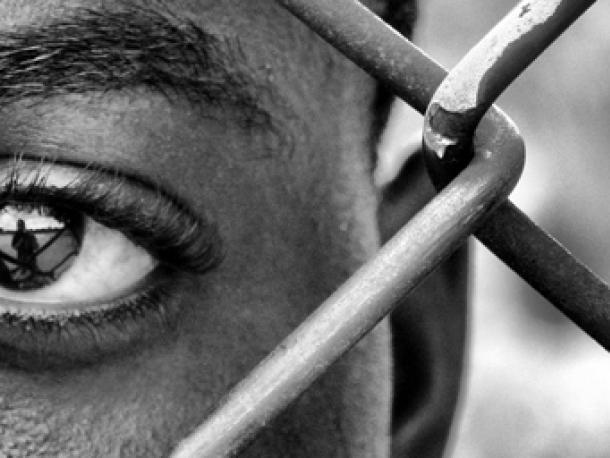 America’s alarming racial disparities have come to the forefront of our national consciousness in recent years, at least partly thanks to the activism of the Black Lives Matter movement and increased media coverage of racial inequality. Although this awareness is today more sensitized to disparities in incarceration, educational attainment, and poverty, there is in fact another area in which racial disparities run deep: health.

Some of the most concerning disparities exist in rates of chronic disease, such as diabetes, obesity, and cardiovascular disease. Most recently, however, the Centers for Disease Control announced projections that, if current rates persist, one in two Black gay men and one in four Latino gay men in the United States will be diagnosed with HIV in their lifetime. This is compared to a projected 1 in 11 diagnoses for white gay men, and 1 in 99 for the general public.

Researchers say that heightened stress, unequal poverty rates, biases in healthcare, and disparate environmental factors may all contribute to these distressing outcomes. In the case of disparate HIV diagnoses, it is similarly difficult to pin down a single cause, although many public health researchers say that Black and Latino men may be particularly vulnerable to HIV infection due to continued stigmatization of homosexuality in their own communities.

“Stigma and marginalization are real barriers for minority MSM [men who have sex with men],” said Tina Sacks, a professor in the UC Berkeley School of Public Health and a member of the Haas Institute’s Health Disparities research cluster. Sacks called the CDC’s predictions on HIV “astonishing.”

Unequal rates of poverty and access to care also play a role.

About 25 percent of African Americans are living below the federal poverty line, compared to around 12 percent for whites, according to the US Census. This is particularly notable as income is highly influential on health status, access to health care, and health insurance coverage, according to a report from the Commonwealth Fund. This means that a larger percentage of Blacks and Latinos are living in neighborhoods with poor housing options, perhaps in areas with greater pollution and environmental degradation, and reduced access to basic healthcare services.

Additionally, educational attainment is much lower for Blacks and Latinos than for whites and Asians. Educational achievement, like income, is correlated with access to (and use of) preventive services (such as yearly visits to the doctor or regular STD checks) and extended life expectancy.

Although “HIV infection is among the starkest disparities, other chronic disease conditions are similarly stark, like breast cancer,” Prof. Sacks added. “Black women are less likely to be diagnosed but more likely to die from it."

However, “There’s no question that implicit and explicit bias in healthcare exists,” said Prof. Sacks.

“We know that Latinos and African Americans often don’t get the same standard of care [as other groups].” A doctor, for example, may assume that an individual won’t comply with standard treatment, so he or she doesn’t prescribe the treatment at all. “We see all kinds of biases within treatment,” she said.

The effects of these factors manifest in distressing health outcomes: Black Americans are significantly more likely to have a chronic illness or disability, with around half reporting a chronic condition, according to the Commonwealth Fund report. Additionally, nearly 7 in 10 Black individuals are overweight or obese, compared to around half of whites.

Broadly, Americans of color are more likely to have diabetes, which is “is especially important given diabetes’ role as a major risk factor for many other disorders,” write the authors of the Commonwealth Fund report. American Indians have the greatest risk of diabetes, and are twice as likely as whites to suffer from this condition. Black and Latino individuals are also significantly more likely to be diagnosed with diabetes than whites.

While some of these disparities are undoubtedly related to unequal poverty rates and lack of access to healthcare, even within particular groups at the same income level, people of color — African Americans in particular — fare worse. Although Black and white individuals with incomes at or above 200 percent of the poverty level are less likely to be living with a chronic illness than those with lower incomes, the disparity between the two races is actually greater at this income level than at lower ones.

One contributor that many health researchers highlight is that many people of color face higher stress levels than whites — both from daily racism and general life stress. According to the Mayo Clinic, long-term stress can “disrupt almost all of the body’s processes and increase the risk for numerous health problems.”

Some health researchers point to the persistence of poor birth outcomes for pregnant African American women as a prime example of the effects of such stress. Even as socioeconomic status increases, Black women continue to have far worse birth outcomes than women of other groups. Most starkly, black infants are 2.6 times more likely to die within the first year than white infants, generally due to low birth weight, birth defects, or premature birth.

Health disparities are a serious public health concern, with difficult and tangible effects on our society as a whole, as our health systems become strained under the weight of treating large groups of people whose conditions could have been avoided with better care, education, and resources.

The World Health Organization [WHO] notes that the unequal distribution of health-damaging experiences is in no way a 'natural' phenomenon. Rather, it says, is ‘the result of a toxic combination of poor social policies, unfair economic arrangements [where the already well-off and healthy become even richer and the poor who are already more likely to be ill become even poorer] and bad politics.”

Furthermore, the WHO writes, the development of a society can be judged “by the quality of its population’s health, how fairly health is distributed across the social spectrum, and the degree of protection provided from disadvantage as a result of ill-health.”

If these are the criteria of development, the United States has a lot of work to do.