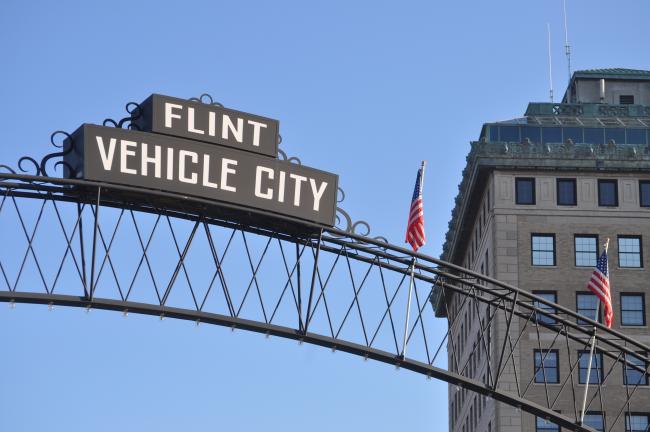 On January 16, 2016, President Barack Obama signed an order declaring a state of emergency in Flint, Michigan.[i]  It was not because of a tornado or hurricane, flooding or landslides, as was the case in South Carolina or Mississippi a few weeks before, or any other natural disaster.[ii]  Rather, it was a response to a government created health crisis caused by contaminated water.

In April, 2014, in a cost-cutting measure, the city decided to switch its water supply from Lake Huron, serviced by Detroit, to a new state and regional water system, which had not yet come online.  In the meantime, the city decided to pump water to the public from the Flint River.  After residents begin complaining about the taste and coloration of tap water, positive tests fore. coli. bacteria prompted officials to pump more chlorine into the water supply.  The extra chlorine, without additional treatment, caused corrosion in the pipes that allowed lead to leach into the water supply.

Researchers, including a team Virginia Tech, detected lead poisoning in children of Flint. Residents reported hair loss, skin rashes, and many other physiological problems.  But lead poisoning is also a neurotoxin that causes brain damage and developmental and behavioral problems.  Some parents were told that their children would lose IQ points.

The decision to switch water suppliers might seem like a terrible, but well-meaning and understandable error if not for one key fact.  In 2011, the Republican Governor, Rick Snyder, placed Flint under state control by appointing an emergency city manager.  State law allowed the governor to place the city into state receivership in a financial emergency, which Flint found itself.  Flint is a poor city hit hard by deindustrialization compounded by the financial crisis of last decade.  In fact, according to the US census Bureau, Flint is second poorest city in the nation (behind Youngstown, Ohio), with more than 40% of its residents earning below the federal poverty line, far below the state average or 16.2%.[iii]  Median income in the city is half that of the state.

The emergency city manager was given temporary, but complete authority over the business of the city, and a mandate to cut costs.  The decision to draw tap water from the Flint River and join the new regional water system after that was projected to save over $8 million.[iv]  This was in addition to a number of other cost-cutting measures, including reducing the city’s workforce by 25%.[v]

By the time that the city council voted in early 2015 to switch its supply back to Detroit, the emergency city manager refused to do so, and the state continued to insist on the safety of the local water supply despite mounting evidence, even an EPA inquiry.  For six months, the state not only contested the emerging findings, but fought them in court, asking a judge to refuse to issue an injunction to switch the water supply back to Detroit.  It was not until October, 2015, two years later, that the Governor convened a task force to investigate the issue, acknowledging that there may have been contamination of the water supply.[vi]

Not only was this a completely avoidable disaster, but it serves as yet another harrowing expression of structural racism.  Flint is not only impoverished, but it is predominantly black.  The particular kind of impoverishment that Flint residents suffer partly defines structural racism.  Only 4% of the United States population lives in neighborhoods of concentrated poverty, where 40% or more of the residents live below the poverty line, yet these neighborhoods are almost all predominantly non-white.  Using 2007-2011 census estimates, 3 out of 4 persons living in high-poverty neighborhoods or neighborhoods of concentrated poverty were non-white.

Flint residents not only live in high poverty-neighborhoods, but Flint is one of only two cities in the entire country with city-wide levels of concentrated poverty.  Poor neighborhoods have less tax base capacity to fund local government and support public services and schools.  Whereas poor residents in middle-class neighborhoods benefit from their neighbors resources at the neighborhood and community level, residents in high-poverty neighborhoods compound their shared disadvantage.

Retail businesses and local banks flee high poverty neighborhoods or avoid them in the first place.  Flint, according to some reports, does not even have a traditional grocery store.  These businesses not only face higher costs of security from crime and vandalism, but less expected revenue from a low-income consumer base.  And what replace them are often predatory services that profit off poor customers, such as check-cashing businesses or pawn shops.

Concentrated poverty is not only a deprivation of community resources, public and private, but it clusters the greatest needs.  High poverty neighborhoods have lower levels of educational achievement and lower rates of collective efficacy.  People in high poverty neighborhoods have more residents with learning disabilities and English language learners, and rely more on public services, such as public transportation.

For residents trapped in these neighborhoods, it is more than a denial of resources; living in concentrated poverty exacts a tax on residents who suffer it, with more crime, less peace of mind and emotional safety, and fewer amenities and community resources.  While this is true generally across the nation, the sad case of Flint, Michigan illustrates it only too vividly.  For a city that needs more services and investment rather than less, the austerity measures enacted by the state could hardly be expected to help.  In fact, the disinvestment results in fewer resources to expand opportunities and invest in the next generation, contributing to inter-generational poverty.

In Flint, disinvestment from the state was followed by a more pernicious state role.  Even as residents protested and the city council sought to switch water suppliers, the state insisted on the safety of local water, ignoring the emerging evidence and attacking the credibility of researchers questioning the state’s claims.  Local control and community health was sacrificed in the interests of budgetary savings.  Rather than invest in the city and help revive its fortunes, the state enacted the most punitive form of austerity.

For a community with every disadvantage and obstacle to success, children suffering from lead poisoning can be expected to grow up with additional intellectual and behavioral problems.  Given the cognitive impacts, these children may be less likely to graduate from high school, go to college, and may require greater special education needs in school.  In fact, they may have greater behavioral problems deriving from lack of impulse control, and possibly greater crime as a direct consequence. These disadvantages will be carried onto the next generation, and beyond.  These multiply disadvantaged youth may well transmit their disadvantages to their children and beyond.  Some researchers have found that lead poisoning in mothers has detectible effects on grandchildren.

The health effects of the water contamination may be expected to compound the disadvantages of the Flint community, but did not create them.  The austerity measures and disinvestment already damaged this city, and the water crisis is simply a more tragic example within this broader pattern of oppression and disadvantage.  In so doing, the water crisis brings into focus the ways in which state and local policies shape individual and community life chances.  Although the tragic mismanagement of the water supply by the state may shock our conscience, the problems run deeper than water.