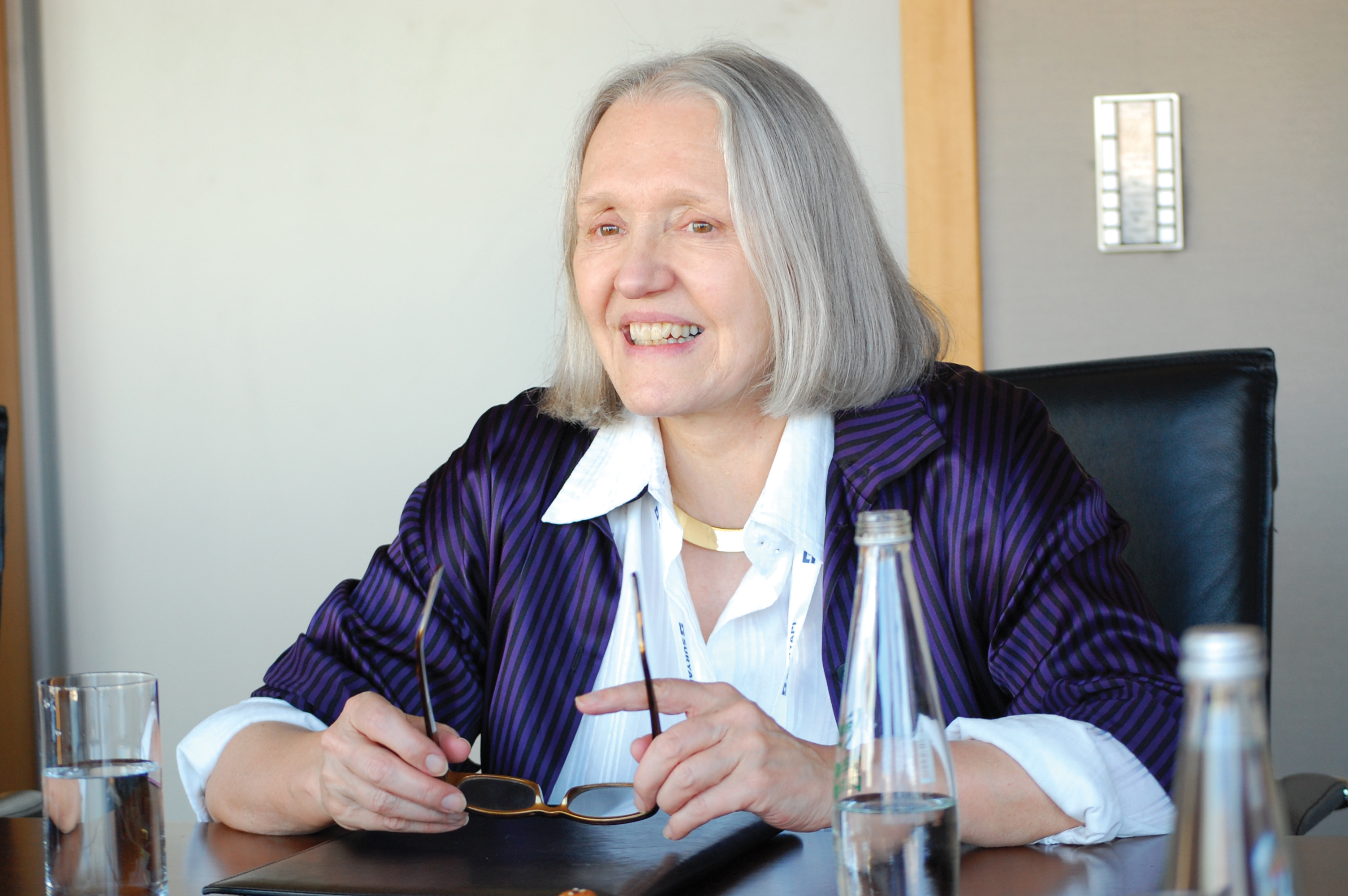 Acclaimed scholar and public intellectual Saskia Sassen will be taking the stage at the Haas Institute’s Othering & Belonging conference this spring to discuss the mechanics and forces of Othering, including the financialized global economy, widespread displacement, and toxic inequality, as well as alternative visions to reclaim healthier democratic societies.

Sassen, the Robert S. Lynd Professor of Sociology at Columbia University, is a renowned academic who is well-known for her many works, including The Global City and most recently Expulsions. Among other awards for her scholarship, she received the 2013 Principe de Asturias Prize for the Social Sciences, was elected as a Foreign Member to the Royal Academy of the Sciences of the Netherlands, and made a Chevalier de l'Ordre des Arts et Lettres by the French government. Foreign Policy magazine, which called Sassen "an academic guru who famously coined the term 'global city,'" named her a top 100 global thinker in 2011.

Sassen, who was born in the Netherlands, grew up in Argentina and Italy, and studied in France, rose to global prominence in the late 1980s and early 1990s for her scholarship on urbanization trends, global economy, and migration. Her first book, The Mobility of Labor and Capital, provided insight into the link between corporate globalization and international migration. She deftly illustrated how foreign investment in a region can often serve to disrupt the local communities where the investment is directed, for example when a multinational agribusiness sets up a plantation in a community and local farmers find themselves unable to compete. This, in turn, can lead to migration from the disrupted region to the country of investment, as with the case, for example, with Mexican immigration to the US.

Her international eminence only grew with the publication of her second book in 1991. The Global City: New York, London, Tokyo looked at the ways global economic trends affect urbanization. Through an examination of three major “command centers” of the global economy—New York, London, and Tokyo—Sassen argued that a growing number of cities were becoming strategic because for corporate economic actors due to the rise of intermediation in a global economy. When firms go global they can no longer produce all major needs in-house: they may need 30 hours a year of specialized Mongolian accounting, Argentinian corporate law, etc. They need a marketplace where they can buy what they need. The global city function, at its narrowest, is an intermediation function: it is marked by the rise of highly specialized and networked firms that service the corporate world. While manufacturing and production were becoming more dispersed across the globe, the production of financial instruments and corporate services were becoming further centralized in an expanding network of major urban regions.

Sassen’s analysis has heavily influenced scholarship around urbanization and migration in the years since. Her books have been translated into more than 20 languages and she remains a highly sought-after advisor to social justice activists and business leaders alike.

Today, Sassen’s work has shifted focus to what she calls “expulsions”—a term coined to describe a global trend of displacement, or as she wrote in a 2014 article, “people being cast out of what had been their lives”, whether in the wealthy Global North or the impoverished Global South. She writes often for general media like The Guardian, Huffington Post, and to her nearly 37,000 followers on Twitter.

Her most recent book, Expulsions: Brutality and Complexity in the Global Economy, illuminates “the systemic logic of these expulsions” and “the extent to which the sheer complexity of the global economy makes it hard to trace lines of responsibility for the displacements, evictions, and eradications it produces—and equally hard for those who benefit from the system to feel responsible for its depredations.” She describes our current period as marked by logics of extraction—including not only mining or land and water grabs, but also high-finance and the Facebooks and Ubers of this world.

Learn more about Sassen’s scholarship in an interview with Sassen here and come hear her speak at Othering & Belonging 2017.

Saskia Sassen will be speaking at the 2017 Othering & Belonging Conference on Tuesday, May 2. Find out more about the conference here.