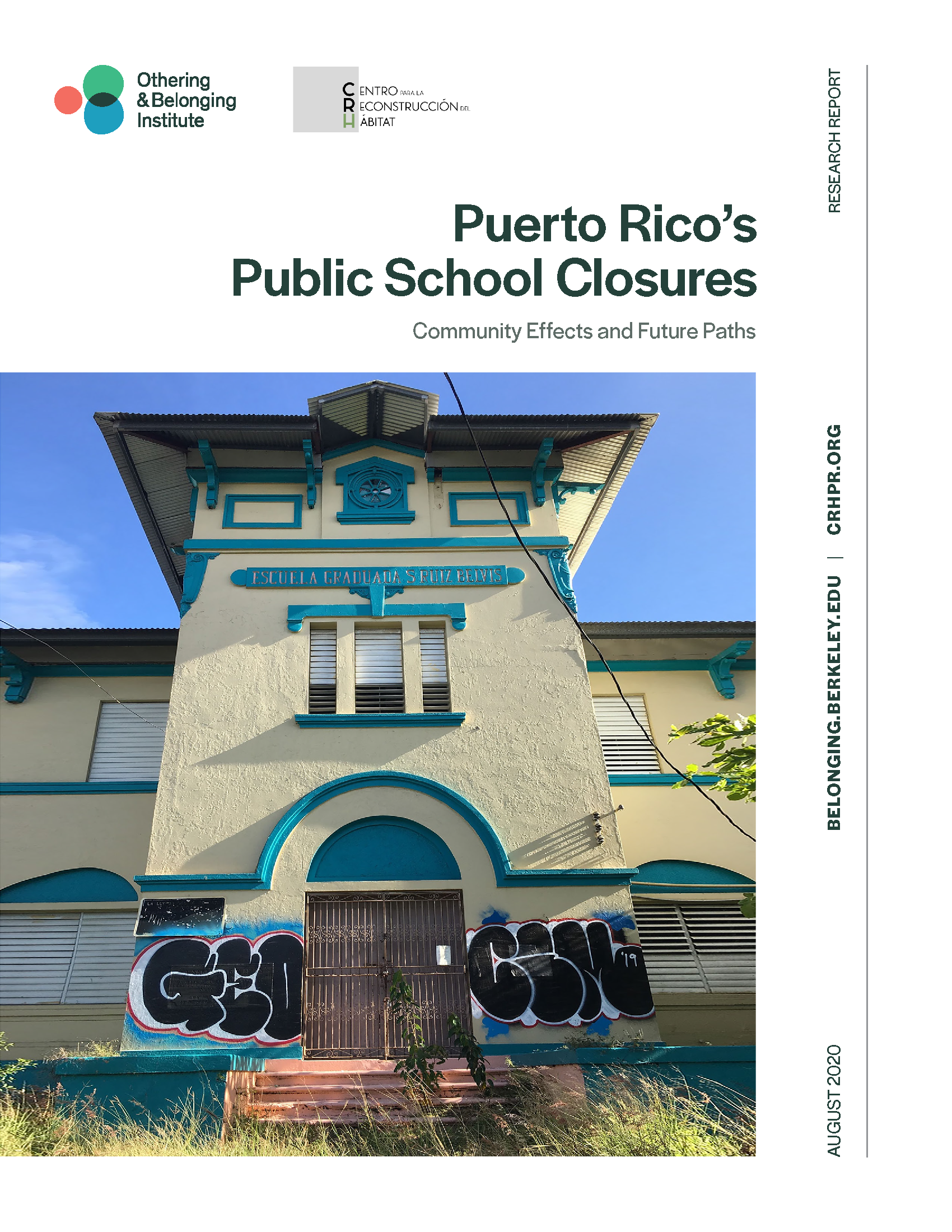 The Puerto Rico Department of Education has closed nearly half of the public schools in Puerto Rico since 2007. Puerto Rico is not alone; there is a broader trend of school closures in districts across the US, from Philadelphia to Oakland to Washington DC. But Puerto Rico shuttered an unprecedented 673 of its public schools (44%) in 11 years, far outpacing the rate of change and the number of closures in Chicago (the US school district with the second largest number of school closures). The impact of Puerto Rico’s closures on students, families, and surrounding neighborhoods is profound, yet it has largely been regarded as collateral damage of a necessary restructuring.

This report, published by the Othering & Belonging Institute at UC Berkeley and the Centro para la Reconstrucción del Hábitat, analyzes the human impact of the closures, the current state of the schools that have been closed, the response by affected communities, and strategies for a pathway forward.