Othering & Belonging Institute
Search
Search
The Haas Institute's Post-Election 2016 project is a multi-year initiative to study voting trends, civic engagement and disaffection, and structures of democratic inclusion. The research, led by Senior Fellow Josh Clark, looks at the events and conditions that led to the unexpected outcome of the 2016 US presidential election, efforts designed to disenfranchise voters and how to counter them, the ongoing influence of racial, cultural, and economic anxiety across different segments of the US electorate, and how conventions in polling and voter targeting reinforce exclusionary biases.
Image 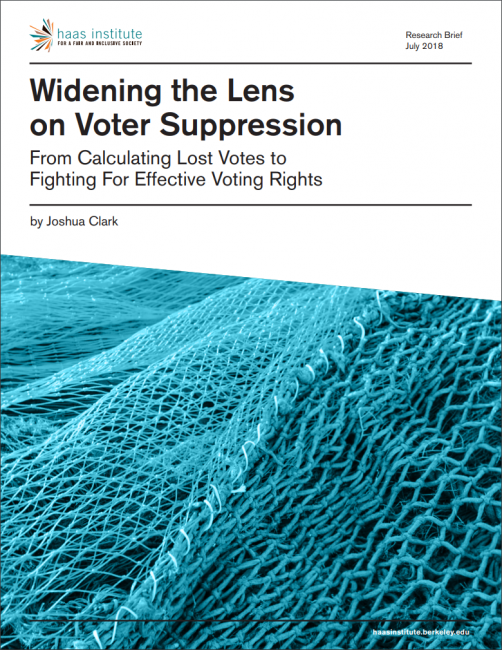 An aggressive push over the past several years to adopt voter suppression laws in states across the country must be countered with a multi-faceted approach that includes comprehensive voter education, building outreach infrastructure, addressing voter ambivalence, and other steps that focus on direct engagement with groups targeted by such legislation, a new Haas Institute research brief argues. While challenging voter suppression laws in court remains important, relying on litigation alone to confront a campaign designed to disenfranchise certain groups of people -- mainly people of color and the young -- misses crucial social factors that keep people from voting, according to the report, titled “Widening the Lens on Voter Suppression: From Calculating Lost Votes to Fighting For Effective Voting Rights.”

“An affirmative vision of voting rights must recognize factors currently treated as ‘background conditions’ of voter suppression instead as causes on par with suppressive laws themselves,” report author and Senior Fellow Joshua Clark writes in the brief. “Taking this multi-causal view, we can see that the best investments for fighting voter suppression may be projects that build capacity and knowledge 'on the ground': comprehensive voter outreach, education, civic engagement, and community organizing and power-building.”

Download this report here, and read the press release here. 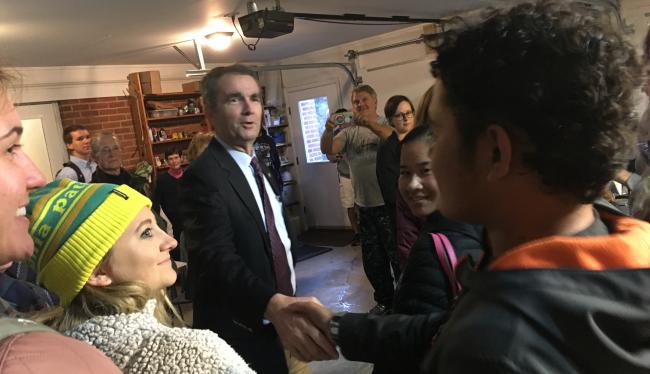 After Virginia
Old and New Lessons about Non-college Whites, Affluent Suburbanites, and the Rising American Electorate

Since the 2016 presidential election, analysts and strategists across the liberal-left spectrum have debated which voter groups should be the main targets of outreach and organizing in preparation for the elections of 2018 and 2020. With the results of the November 7 races in Virginia and elsewhere, such debates can finally be enriched by a large set of post-2016 voting data. But beyond their popular interpretation as a stinging rebuke of Donald Trump, what lessons can we glean from these data as we turn to 2018? Just as importantly, what are the limits on what these races can teach about national politics—even in the case of large statewide elections in “purple” Virginia? Can we really learn anything new from these contests? 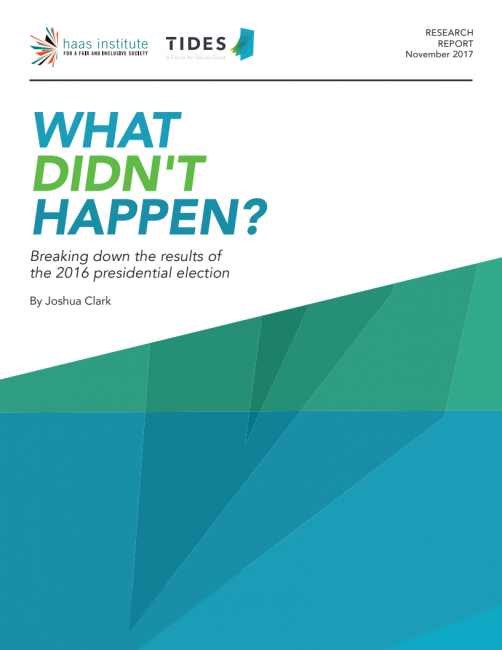 What Didn't Happen?
Breaking Down the Results of the 2016 Presidential Election

Donald Trump defeated Hillary Clinton in a bitterly fought 2016 campaign by outpacing past GOP candidates among rural whites and whites without a college degree, particularly in states where turnout simultaneously dove among Democrat-leaning groups, a new study from the Haas Institute at UC Berkeley and Tides argues. The report, titled “What Didn’t Happen?: Breaking Down the Results of the 2016 Presidential Election,” and authored by Tides Senior Fellow Joshua Clark, uses data from the US Census Bureau, major post-election surveys, and other sources to examine shifts in voting behavior among different demographic groups that led to last year’s major upset.

Among the dominant media narratives the report challenges is that Trump enjoyed widespread popularity across the Rust Belt, where he won the states of Michigan, Pennsylvania, Wisconsin, Ohio, and Iowa, all of which President Barack Obama won in 2012. When taken state-by-state, and county-by-county, different stories begin to emerge that complicate that narrative. Of those five states, voter participation rates were in fact down in three compared to the previous election, were essentially stagnant in Michigan, and increased substantially only in Pennsylvania. And despite slightly higher voting rates in Michigan, Trump and his Democratic rival Hillary Clinton ultimately received 200,000 fewer votes than Obama and Romney did in 2012.