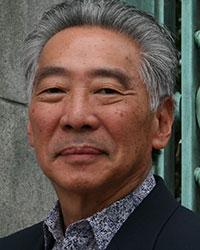 UC Berkeley Ethnic Studies professor Michael Omi is perhaps best known for his treatise on race in America, first published in 1986 with co-author Howard Winant, a professor of sociology at UC Santa Barbara. A third edition of Racial Formation in the United States was published July 2014 and radically revises their initial theory of racial formation. The third edition updates their analysis of race with an acknowledgment to a changed political and social landscape, including the inauguration of America’s first black president, the fast journey towards a “majority minority” nation, a growing immigrant-rights movement, and the rise of race/class/gender ‘intersectionality’ theories. Here, Professor Omi talks about these updates and how they came about.

Q: To begin, how long did it take you to revise your new edition?

A: It took an endless amount of time, and partially because we started on this project years ago and [co-author Howard Winant and I] actually had a difference in perspective on what we were doing. I mentioned in the introduction of the new edition about how we approached this third edition like a home renovation project. One of us, namely me, wanted to just change the wallpaper and shuffle the furniture around a little bit. Howard was interested in really substantively revising the book, tearing down walls, changing the foundation. So it ended up first as just extending the political history, which ended in the last edition in the Clinton era, and extending it to the current Obama administration. But then we noticed that in other parts of the book with the examples we used along with the new literature that had been written since the second edition — that the book really required a substantial revision. We couldn’t just tack on a chapter at the end of the second edition. We really needed to revamp the whole thing. We ended up rewriting every single chapter — a very substantial revision.

Q: Could you give some examples of what specifically you disagreed on?

A: Well there many examples we had in the second edition that were outdated. I thought we could simply revise some of the examples that were being used, but what that didn’t take into account was that there’s also been a massive amount of literature written about race and racism since then that the book didn’t really address and needed to incorporate in some fashion. That’s not a specific example but that’s the kind of thing we confronted, which made his argument, about why we really needed to revamp everything, a lot more compelling.

Q: You mentioned Barack Obama earlier. What has changed in the last six years since he was elected?

A: I think there’s a couple of things that have changed that we needed to address. One is how the ideology of colorblindness had really become ascendant, both through judicial court decisions and within the popular consciousness — so much so that we often encounter among our students the notion that the most effective anti-racism in policy or practice is to ignore race, or not see race. What has also changed a lot was the demographic composition of the United States. More and more people are aware we are becoming a “majority minority” society, particularly through immigration of Latino and Asian populations. This has meant in certain locales a really changed environment in which different racial groups found themselves having to accommodate or finding themselves in conflictual relations with other kinds of racial and ethnic groups. I think also what has happened during that time was a kind of globalization and neoliberalism, in which increasingly there is much more of an emphasis on the diminishment of the role of government and really trying to rely much more on the free market forces. Lastly, there has emerged new scientific categories and conceptions of race. So after a long period we thought that old biological notions of race were being discarded in favor of social constructions of race, nevertheless, within some of the sciences there has been again a notion of a biological basis to race. You can see this with the marketing of certain drugs targeting certain racial and ethnic populations and you can see this with ethnic ancestry testing which has become very popular. And much of this is pretty fraught sciece. It’s got a lot of problems with it. In fact, it’s imprecise at best.

Q: In this changed racial landscape of new racial classifications and new issues, what is the next step that we as a society need to take?

A: We have to look at several things. For one, we have to look at implicit bias, which is something Haas Institute has been looking into. We also have to link those implicit biases to forms of structural racism and discrimination. How does that lead to things like differences in incarceration rates? Or racial differences in health care and education? We need to look at these major institutions and see how they all interact that contributes to racial inequalities. I’ve got to say that the work I do with Howard Winant is pretty theoretical, and that is in part because we are trying to work against some of the major paradigms of race and racism that preceded us. For example, within much of the social science work done before, race was taken for granted. You are what race you are. And then social scientists or policy makers were correlating race with mental illness, poverty, or incarceration. But they weren’t really thinking about, ‘What do we mean by race?” or “What is the variability of race?”

Q: Besides teaching about race, you were also brought in to help lead the Haas Institute. Talk a little about your work and scholarship in the context of the strategic goals of the Institute?

A: One of the things I’m trying to do is help the faculty clusters define their missions in various ways. Some have already defined it. There’s a couple of other things I’d like the clusters to do. One is for them to work more cross-cluster. For example, what would it mean for the religious diversity cluster to do more research or host events with the LGBTQ cluster? So part of it is getting them to think creatively about how to engage the other clusters.

The other thing do is continue encouraging our folks to be involved with community partners. It can sometimes be difficult because researchers have their own particular agenda and oftentimes people in the community have certain things they want researched and the fit isn’t always there. So how to facilitate those fits are really important and to take the fruits of that research and disseminate it outside of the academy. We ultimately want to study the ways marginality and difference can be understood and explored — also how that can be transcended. In other words, what are the ways these different groups can empower themselves?