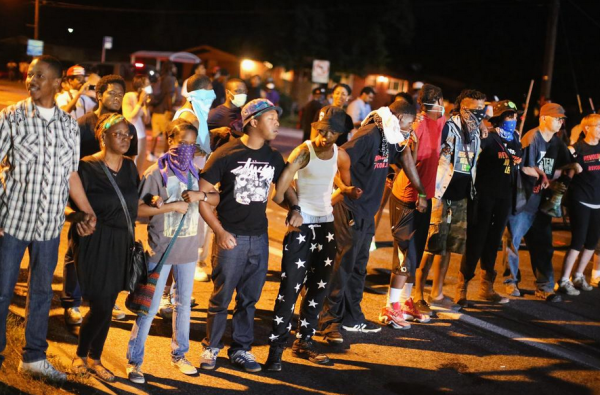 Although the “facts” are still in dispute, it’s not presumptuous to add Michael Brown of Ferguson, Missouri to the list of young black men and boys killed by overzealous police or armed civilians: Trayvon Martin, Eric Garner, Sean Bell, Amadou Diallo, Oscar Grant, Jordan Davis and so many more, including young women like Renisha McBride.

The ultimate tragedy is that each of these deaths seems to have done little to prevent the next. As I wrote two years ago, each death reopens a conversation on race framed to ask all of the wrong questions. I predicted that “until we start asking the right questions, I fear there will be more Trayvon Martins.”

This list reminds us that these deaths are not isolated incidents, but part of a larger pattern – a picture we can only make out if we step back for a broader view. A series of similar incidents occurred across the nation in the late 1960s, triggering the “urban disturbances” that were the focus of the famous “Kerner Commission” Report on Civil Disorders. The report is as startling in its description and analysis of events that parallel today as it is in the relevance of the recommendations it advanced.

The Commission was established for the specific purpose of investigating the causes of the late 1960s riots, and the Report is a comprehensive analysis of both the specific incidents at issue and the more general conditions that led to the combustible environment. Consider the chapter dedicated to the issue of policing and the community, described as a “primary cause” of the “disorders” surveyed in the Report. The Report observed that “[t]he patrolman comes to see the city through a windshield and hear about it over a police radio. To him, the area increasingly comes to consist only of law breakers. To the ghetto resident, the policeman comes increasingly to be only an enforcer.”

The Kerner Commission Report expressed concern that many police neither reside nor grew up in these environments, widening the gulf between police and the communities they serve. This remains the case today, with no more vivid an illustration that Ferguson, MO. Ferguson is a predominantly black community, and yet just three of the fifty-three police officers on the municipal force are African-American.

Consider, especially, the remarks of the 1968 authors of the Report when they assert that the incidents it documented were not “the crude acts of an earlier time,” alluding to explicitly racist police behavior, but that police misconduct — whether described as brutality, harassment or merely verbal abuse and discourtesy — was a motivating factor that contributed to the civil disorders of that decade. In the context of the era of stop-and-frisk (83 percent stopped were black or Hispanic), and the criminalization of poverty, it’s worth considering the applicability Commission’s observation, nearly 50 years later, “that “Negroes firmly believe that police brutality and harassment occur repeatedly in Negro neighborhoods.”

The explanation for what’s happening is not a secret, but it doesn’t seem to have seeped into the broader consciousness. In his 2005 book Blink, Malcolm Gladwell deconstructed the shooting of the unarmed Amadou Diallo in New York City, and explained the critical causal force, implicit or unconscious bias, as measured by the implicit association test.

Most Americans, even those who embrace egalitarian norms, harbor unconscious negative associations with black bodies. It is on account of these pervasive and yet unconscious, culturally embedded associations that black boys are not only automatically viewed with suspicion, but as criminals, regardless of who they are. The internet meme#iftheygunnedmedown not only illustrates the portrayal of black men and boys, but the perception as well.

We need to begin by addressing the pervasiveness of these unconscious biases, first by acknowledging them, and secondly by working to reduce them or ameliorate their impact. Police academies and law enforcement agencies not only need more diverse staff, but they need implicit bias training for officers. They need to measure, track and address implicit bias, enhance officer supervision and create accountability measures.

Only efforts like these can repair and strengthen the relationship between law enforcement and communities of color that will ultimately prevent the senseless deaths of boys like Michael Brown and more, I fear, to come.