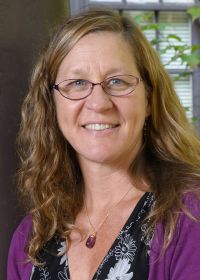 Hilary Hoynes, Distinguished Chair of the Haas Institute’s Economic Disparities cluster and Professor of Public Policy and Economics at UC Berkeley, was recently announced as the 2014 recipient of the prestigious Carolyn Shaw Bell Award from the American Economics Association’s (AEA) Committee on the Status of Women in the Economics Profession. The award is granted yearly to “an individual who has furthered the status of women in the economics profession through example, achievements, increasing our understanding of how women can advance in the economics profession or mentoring others,” according to the AEA.

Prof. Hoynes’s research focuses broadly on economic inequality and the social safety net. More specifically, she studies the effects of the social safety net and labor markets on poverty, inequality and the well-being of children and their families. Recently, she has centered her research on the Food Stamp program and its effects on infant health, adult health, and family income and poverty, and is currently working on a series of projects that use the Great Recession as a “stress test” on domestic social safety nets.

“The Carolyn Shaw Bell award is a great honor to receive,” Prof. Hoynes said. “I love mentoring young people in the profession, from students to young professors. I guess I am in the right profession!”

Prof. Hoynes added that despite decades of growth, women are still significantly underrepresented in the economics profession — they make up about a third of new PhDs, 25% of new Assistant Professors, and 12% of Full Professors, she said.

According to the AEA award announcement, Prof. Hoynes is known as a “tireless and effective teacher and mentor.” As part of her nomination, 19 economists and colleagues lauded her as an “equal opportunity mentor”, some of whom she helped further their own professional growth.

Although Prof. Hoynes has already made significant contributions to the study of economics and the pursuit of a more equitable society, she says there is still much work to be done. “Children deserve to have an equal opportunity to achieve their potential regardless of their circumstances of birth,” she said. “We need to deliver that through high quality early childhood education and K-12 schools to all children, regardless of neighborhood, city and region.”

In addition to her teaching and research at UC Berkeley, Prof. Hoynes co-edits the American Economic Review, the principal journal of the AEA. Her affiliations include the NBER, the UC Davis Center for Poverty Research and the Institute for Fiscal Studies and the Advisory Board of the Stanford Institute for Economic Policy Research. She has served on the National Advisory Committee of the Robert Wood Johnson Foundation Scholars in Health Policy Research Program and the Advisory Committee for the Directorate for the Social, Behavioral, and Economic Sciences of the National Science Foundation. Prior to joining the Goldman School, Prof. Hoynes was on the faculties at UC Davis and UC Berkeley.