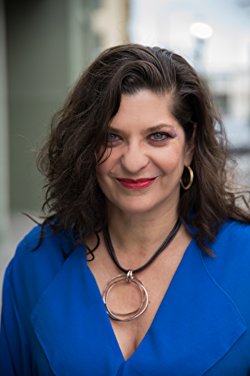 Juana María Rodríguez is a member of the Haas Institute's LGBTQ Citizenship cluster and a professor of Gender and Women's Studies at University of California, Berkeley. Here, she discusses the "politics of respectability" in the gay marriage movement and how sexual identity politics influence discourse surrounding public policy decisions.

Talk a little about your new book, Sexual Features, Queer Gestures and Other Latina Longings, which was released this past July.

Juana María Rodrìguez: While this book might seem more theoretical than my first [ed note: Rodriguez’s first book, Queer Latinidad: Identity Practices, Discursive Spaces was published in 2003], I think it also has real implications for how we think about policy and activism. For example, I look at, among other things, some of the discourse around same-sex marriage and the ways it has contributed to a politics of respectability. What I mean by this is that most media campaigns promoting same-sex marriage emphasize how “normal” gay people are, how respectable they are. They’re married, they have children, they pay taxes. But if we think intersectionally, if we think about race and class and other kinds of privilege, we see how that respectability is linked to other discourses that paint other kinds of kinship forms as not respectable. For instance, the single mom that might have multiple children from different fathers, families that are divided by immigration or incarceration policies, foster families, migrant families, homeless families— that all becomes ‘not respectable.’ And of course bisexual and transgender people very often are erased in these narratives, as are other queer people who might not be interested in being married with children. In making these ideal, sanitized images of gay and lesbian family life the image of the LGBTQ movement, we’re judging as morally inferior all these other forms of kinship, stigmatizing or shaming people who don’t fit this image.

What do you mean?

JMR: For example, some same-sex marriage advocates were actually using language talking about needing gay marriage so that children born into these families wouldn’t be seen as “illegitimate”—in 2014! Melissa Murray, another member of the LGBTQ Citizenship cluster has a great article where she traces out the very racialized history of what is imagined as legitimacy. Like her, I am suggesting that rather than use these inherently sexist arguments, as a movement we should be challenging the very idea of anybody being “illegitimate.” Instead, the LGBTQ movement should be banding together with other people whose definition of kinship and sexuality has also been imagined as outside the norm. That kind of intersectional thinking connects advocating for the sexual rights of single moms to advocating for the rights of people with cognitive differences to enter into sexual and romantic relationships. A progressive politics about sexual diversity connects recognizing and respecting polyamorous relationships, to the rights of elderly people hooking up in nursing homes, to the rights of sex workers to negotiate consensual sexual contracts without fear of criminalization. Our rights to education, healthcare, and human dignity should not be predicated on someone else’s idea of “respectable” and “not respectable” sexual practices.

And why is a lack of sex in the broader political discourse a problem?

JMR: Sex is always part of public discourse, the issue is who is talking about it and why. Recently, the book Fifty Shades of Grey was on The New York Times bestseller list for over a hundred weeks! So while the rest of the country is exploring themes of consensual sexual play and BDSM, gay, lesbian and other queer people have to pretend we aren’t interested in sex, only love and family. Sex has become the third rail of mainstream gay and lesbian politics. The Right loves flashing pictures of gay men in leather chaps at the Folsom Street Fair and saying, “This is what gays are about! Be afraid!” And the Left responds by saying, “No, we are not like that! We’re married and we have kids! We deserve respect.” And I guess what I want to say is we can have kids and be in all kinds of relationships, some of which are monogamous and some of which might not be, and also be engaged in exploring the same sexual activities that a suburban soccer mom reading Fifty Shades of Grey might be exploring. We all deserve respect. Queer people have long been engaged in questioning norms around sexuality and kinship and redefining what they mean. That is not to say that anything goes; quite the contrary, questions of consent, of limits, of ethical sexual practices have long been part of what it has meant to think about sexual politics queerly. But rather than see these issues as something other people can learn from, it is something mainstream gay and lesbian politics keeps trying to distance themselves from in public discourse.

Part of what I do in this book is say that we need to keep talking about sex, including those sexual practices that might be viewed as outside the norm. This is a moment where sexual politics needs to really start informing public policy and we need to start seeing connections. For example, we have a movement for same-sex marriage, and we also have a progressive movement around immigration reform, and both are engaged in pushing forward a politics of respectability: gay rights is about making sure gay families are legitimate, and immigration reform is about reuniting loving families. But we know that the reality is more complicated. Many of these migrant workers might have more than one family. They might have a family in Mexico and another family in California, or kinship might mean the group of unrelated people that they travel with season after season. Instead of predicating immigration reform on these values organized around marriage and monogamy, we need to be understanding the connection between workers' rights and civil rights. Rather than promoting these sanitized images of what kinship is, what family life is, what our sexual lives are, we need to actually think more about what a more expansive view of sexual politics might mean—that is what I mean by the phrase "sexual futures."

What are “sexual futures” and can you explain a bit about your title?

JMR: Part of what I wanted to think about was a sexual politics that was not about disciplining and punishing people for our fantasies, our desires, our sexual practices, but about thinking critically about a sexual politics that actually allowed us to be open about all the messiness of our sexual lives even as it is committed to discussing the ethical issues of consent and differential power relations that sex also brings up. Rather than just promoting ideals about love and romance, we need to talk about what it means to negotiate those social and sexual contracts in the real world. Whether within a marriage, between a sex worker and her client, within all kinds of relationships—even two people on a first date—relationships are sites of power relations that must be acknowledged and negotiated. So, while I certainly believe in love and romance, I also think we need to talk about the social rules that surround sex and money and how these inform intimate relationships and state policies.

So what prompted you to begin thinking about these issues?

JMR: Well, I am a parent, and I’m also a sexual human being. And I actually think that sex is one of those things that academics are often worried to talk about because it can be seen as trivial or frivolous or too personal. But sex is a public policy issue. For example, in prison you can’t have sex, even consensual sex. In other words, denying people sex, denying people touch, is part of the punishment. That’s a public policy decision. Whether it’s kids in homeless shelters, or old people in nursing homes, or understanding consent on a university campus, sex is a policy issue. Social conservatives talk about sex all the time, but I think that in recent years many progressive feminist forces have shied away from these discussions. In this book, I wanted to present a counter narrative about the diversity of sexual expression and sexual pleasure, not as an individual choice, but as part of a larger political project that interrogates how forms of sexuality are assigned social meaning in ways that are always already constituted through race, gender, pleasure, violence and power.

JMR: The politics of respectability have always impacted people of color much more, and the risks for being seen as “not respectable” are, of course, much higher. As a queer Latina I’m already imagined to be hypersexual, promiscuous, perverse and maybe hyper-feminine or subservient. So, I can either try to prove that I am nothing like the stereotype or point to the ways sexual stereotypes are used to control and regulate people’s ability to negotiate social structures of power. The latter is what I tried to do in this book.

How might some of your research translate to our society? In your mind what does a fair and equitable society look like?

JMR: I think a fair and equitable society is about promoting peace, health and social harmony. And that needs to include respecting diverse forms of gender expression, diverse forms of kinship and social connections, diverse forms of living and loving—free from poverty, social stigma and exclusionary practices. And I think disrupting the politics of respectability in all kinds of activist movements is crucial to that vision.