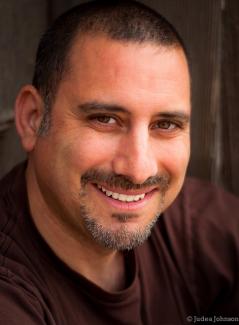 Jason Corburn is an Associate Professor of Public Health and City & Regional Planning at UC Berkeley and the new director of the UC Berkeley Institute of Urban and Regional Development (IURD). His research interests include urban environmental health and policy,  environmental justice, health impact assessment, and climate change, among other things. Here, Prof. Corburn, a member of the Haas Institute's Diversity and Health Disparities research cluster, discusses the importance of addressing chronic health inequities, how location can determine life chances, and upcoming plans for IURD.

Many public health experts argue that geography, rather than genetics, determines life chances for residents. Could you explain this argument and the evidence of this you have found within your own research?

What we know is that place matters for population health and for understanding the persistence of health inequities in the U.S. and around the world. Place is different than just geography.  Geography might just imply physical space and static features of one’s neighborhood, such as housing, green space and location of services. Place is much more, and includes the political processes that ensure some geographic areas have economic resources and political power, while other areas are segregated by race/ethnicity and lack basic, life supporting resources such as safe and affordable housing, quality schools, and social services. In other words, in my work, ‘place’ and health demands examining the combination of physical assets and liabilities, social and political resources and institutional responses or lackthereof, to neighborhood and urban inequalities that are geographically patterned. Space becomes place when people, social movements, governments, and others are recognized as shaping and shaped by what happens in our neighborhoods and communities. All this helps us understand the distribution of disease and health across groups and places.

You’ve worked quite a bit with the Richmond Health Equity Partnership to improve community health outcomes in the city of Richmond. What are some specific health issues that Richmond residents are dealing with and how is the city addressing them?

The Richmond Health Equity Partnership (RHEP) is a coalition we established to address chronic health inequities and the social determinants of poor health outcomes for people of color and low-income families in Richmond. The RHEP includes the City, the school district, the county health department, tens of community-based organizations and our UC Berkeley team. Richmond has historically been a place where some groups in some neighborhoods have experienced violence, high asthma rates, low birth weight, and lower life expectancy than others in the region. The RHEP took an integrated and holistic approach to these issues, recognizing that focusing on one disease, hazard or behavior was insufficient. We used the idea of ‘toxic stress’ — the idea that chronic neighborhood-based exposure to violence, racism, discrimination, food, economic, educational and housing insecurity, environmental toxins, etc., were ‘place-based stressors’ that were in large part responsible for the multiple poor health outcomes in Richmond. Toxic stress is when the body’s normal stress responses, such as the fight-or-flight release of adrenaline and cortisol, do not shut off due to repeated stressful exposures in one’s life, and this can result in poor glucose regulation, inflammation and a wearing-away of the immune system, among other biologic damage. Reducing and eliminating the chronic toxic stressors in Richmond — from neighborhood economic opportunities, safe streets and playgrounds, improved social services, resident and youth participation in government decisions, and others — is our approach. We have formalized this into law by becoming the first city in the U.S. to adopt a Health in All Policies Ordinance, which demands that the city consider the health and equity impacts of all its decisions, from budgeting to street improvements to contracting.

You’ve worked both locally in Richmond and internationally in Kenya and Brazil. What were some differences and similarities in the way you approached challenges in each locale? Or did you approach each place with the same general framework?

The similarities are to build long-term action-research partnerships between those with power and communities and populations that are marginalized and suffering from discrimination. This requires building trust, often through collaborative projects, and making a commitment to change even when, for instance, the grant money or journal publications are not obvious. My work has sought to reorient the community-university partnership from one of extracting data and leaving little behind, to investing in local leadership, problem solving, and helping build new  institutions that can sustain change over time. Wherever we work, it is imperative that communities and residents are approached as experts and leaders, treated with respect and a plan for leaving the place better-off is established from the outset.

You’ve argued that we should stop segmenting aspects of city planning, like transportation, education, or health. What are some benefits of integrated systems?

As I mentioned above, the segmented approach in public health - where we focus on one disease, one behavior or one hazard at a time - has had some but limited success. Most importantly, it does not mirror the reality in segregated communities around the world. The challenge of health inequities is that the drivers of inequality overlap and thus our solutions must also be integrated: we might be working poor, having to ride two buses for two hours each way to get to a minimum wage job and also be exposed to lead paint in our homes, fearful of violence in the street, have poor public schools, lack a supermarket and a library in our neighborhood, etc. These life-conditions are not inevitable, but the result of policy decisions, or lack thereof. So, we must design new, integrated policy and place-based planning solutions to reverse the multiple inequalities and related ’toxic stressors’ the poor and people of color face.

You were recently named director of the UC Berkeley Institute of Urban and Regional Development. Could you talk a bit about what the institute does and what some of its goals are for the upcoming year?

The Institute of Urban and Regional Development was founded in UC Berkeley's College of Environmental Design in 1962 to address rising inequalities in cities across the U.S. and the world. Our mission in 2015 is similar and as urgent: the wealth gap, racial differences in life expectancy, racial residential segregation, educational disparities, etc. are in many cities and countries getting worse. Cities are also the places where a majority of the world's population is or will live in our lifetimes, so all our research and policy must account for the complexity of cities and their neighborhoods. IURD is focused on its global reach and has partnerships in cities around the world with universities, non-governmental organizations, and local governments all focused on inclusive, equitable, and healthy development for all. A goal for IURD is to generate action-research on some of our planet’s most pressing urban challenges, from climate change and health, to informal settlements and poverty, to housing and mobility to migration and urban governance. At the world’s best public university, IURD is positioned to become the campus hub and global leader on urban research and action aimed at promoting more equitable and sustainable cities.