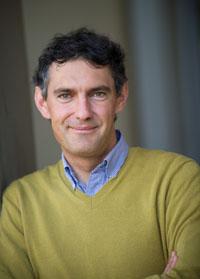 Emmanuel Saez is a UC Berkeley economist who is renowned for his scholarship on wealth and income inequality. Saez, a member of the Haas Institute's Economic Disparities research cluster, holds the Chancellor's Professorship of Tax Policy and Public Finance and is the director of the Center for Equitable Growth at UC Berkeley. He has helped maintain the World Top Incomes Database with Facundo Alverado, Tony Atkinson, and Thomas Piketty since 2011. We spoke with him about the 1%, high tax rates, and the power of government institutions to tackle inequality.

Why should we be so interested in the incomes and wealth of the top 1% (or even the 0.1%)? Is it a sign of health of the larger society?

The top 1%, or even the top 0.1%, are very small groups yet they capture a large fraction of total income and wealth because inequality is so large. For example, the top 0.1% wealth holders now own about 22% of total U.S. net worth, almost as much as the 23% share of total US net worth owned by the bottom 90% of families. Even more, because inequality has increased so much in recent decades, the top is capturing an extremely large fraction of total income growth. For example, since 1980, the income growth of bottom 90% adults is only about half of the income growth per adult. In other words, excluding the top makes an enormous difference in how we evaluate the growth success of the US economy.

Your research has indicated that inequality has increased quite a lot in the United States, but not in other technologically advanced nations, like Germany, Japan, or France? Why is this the case?

This difference shows that inequality is not solely driven by technology changes or globalization, as such changes affect all advanced economies, not only the U.S. but also Japan, Germany, or France. In reality, inequality is shaped by the interaction between technology and institutions such as tax policy, labor market regulations — such as unions or the minimum wage, financial regulations, and more broadly social norms regarding inequality.

Extreme inequality undermines society's sustainability in several ways. First, extreme inequality undermines meritocracy which is a core value of modern societies, particularly in the United States: Talented but poor individuals might not be able to fulfill their economic potential because of lack of resources to pay for a good education. Second, it can undermine democracy. The wealthy have a strong interest in maintaining the status-quo and hence will use their resources to influence political outcomes. In extreme cases, for example certain Latin American countries, this led to political instability which ultimately undermined economic development.

Racial income and wealth disparities remain very large in the United States. Hispanic and black families, which are disproportionately represented at the bottom of the distribution, have been hit particularly hard by the increase in inequality, and the stagnation of low and middle incomes, and the hollowing of the middle class.

Inequality is a social problem that has to be resolved at the level of the community, not the individual. In modern societies, government is the institution where individuals come together to resolve such societal issues. The historical record is very clear that government policies can powerfully shape inequality. It has been done before, it can be done again. The first step is therefore to convince the public that inequality is a problem we can tackle together.