Eric A. Stanley is an assistant professor in the Department of Gender and Women’s Studies at the University of California, Berkeley. They are also affiliated with the Haas LGBTQ Citizenship Research Cluster and the Program in Critical Theory.

Eric received a Ph.D. in the History of Consciousness Department at the University of California, Santa Cruz and previously taught in the Department of Gender and Sexuality Studies at the University of California, Riverside. Their research and teaching work with radical trans/queer critique, anti-colonial feminisms, and critical theory. They are also working on two other projects, the first on nonsovereignty and the trans/queer people involved in Left insurgent underground activities in the 1970s and 1980s, and a new project on geographies of dislocation and trans resistance, focusing on the Bay Area.

They are the author of Atmospheres of Violence Structuring Antagonism and the Trans/Queer Ungovernable (Duke University Press, 2021) which received the Sylvia Rivera Award in Transgender Studies from CLAGS: Center for LGBTQ Studies. In collaboration with Chris Vargas, they directed the films Homotopia (2006) and Criminal Queers (2019). Eric is also an editor, along with Tourmaline and Johanna Burton, of Trap Door: Trans Cultural Production and the Politics of Visibility (MIT Press 2017), which won the Publishing Triangle Award for Trans and Gender-Variant Literature and the John Leo & Dana Heller Award for Best Single Work, Anthology, Multi-Authored, or Edited Book in LGBTQ Studies from the Popular Culture Association. And with Nat Smith, they edited Captive Genders: Trans Embodiment and the Prison Industrial Complex (AK Press, 2015/11), which was a Lambda Literary Award finalist and the winner of the National Council on Crime and Delinquency Prevention for a safer Society Book Award. 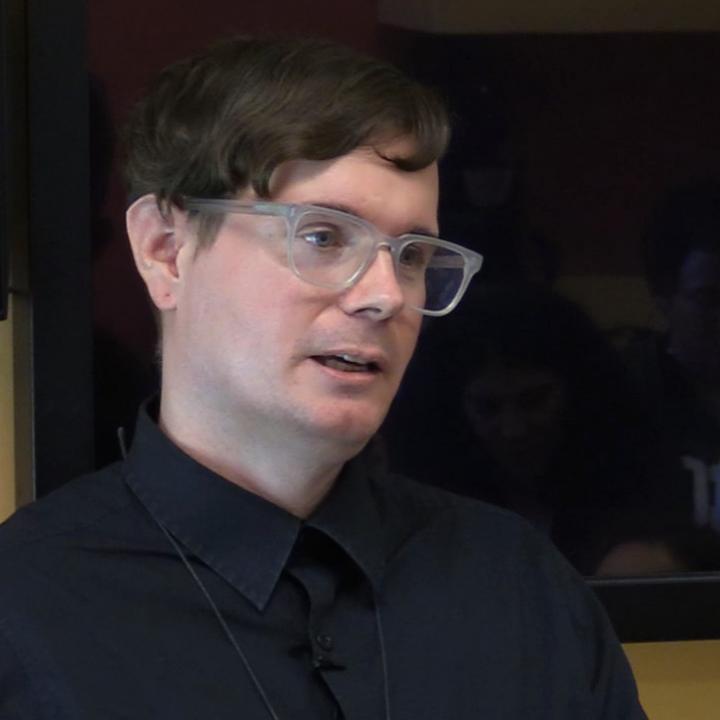 At a time when LGBTQ rights are advancing, why are attacks against trans, queer and/or gender-nonconforming people of color increasing?

A Q&A with Eric Stanley
Image