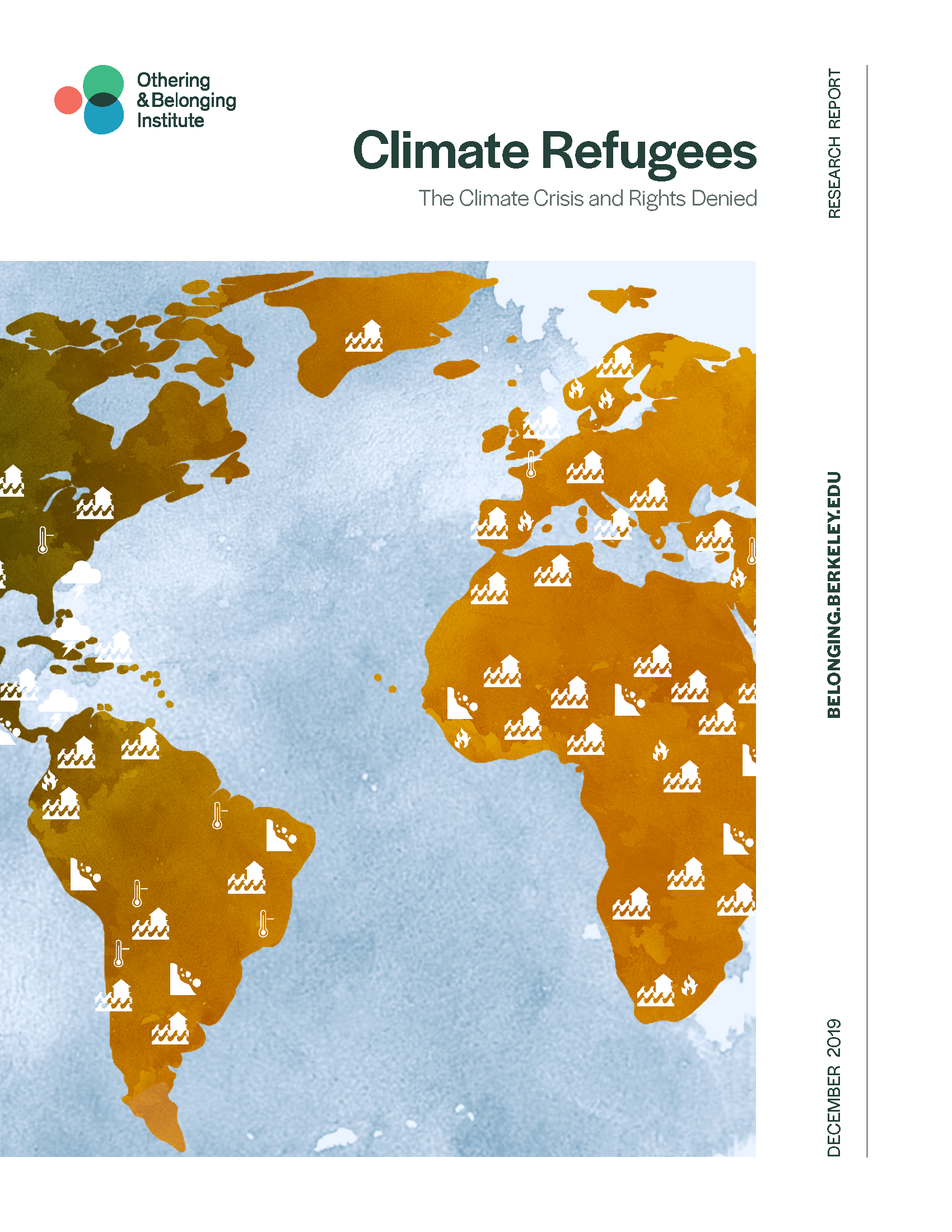 Click for a PDF of this report. Or view the web version here. To download this report in Spanish click here. For a press release visit this page.

The burning of fossil fuels and other sources of greenhouse gas emissions have been transforming the earth’s climate and putting the world’s most vulnerable communities at risk. Our global dependence on petroleum, coal, natural gas, and other fossil fuels, and the global investment patterns behind this dependence, puts pressure on countries to protect their communities from climate impacts. This is a nearly impossible endeavor across the Global South, especially when it comes to island nations threatened by sea-level rise and climate-vulnerable periphery nations that have long been forced into labor-intensive production and extraction of raw materials for the Global North. As the severity and duration of natural disasters are increasing to the point where peoples’ homelands around the world are no longer habitable and resettlement may need to be permanent, the nature of climate-induced displacement is changing altogether.

Yet, across international humanitarian law, human rights law, refugee law, and other bodies of law, protections for climate-induced displaced persons forced to cross international borders are limited, piecemeal, and not legally binding. International migration following short-term disasters is only occasionally protected under humanitarian visas and state-specific measures as with the United States’ Temporary Protected Status designation, though such protections are often provisional and not legally binding. Likewise, international migration following long-term disasters is not covered unless the provision of support by the local government (or governments) is denied on the basis of race, religion, membership of a particular social group, or political opinion.

This report argues that a comprehensive framework for climate-induced displaced persons forced to cross international borders to be considered “climate refugees” is necessary.

Presently, the refugee paradigm hinges on the actor of “persecution” originating from the territory where the displacement is occurring. Yet the drivers of the climate crisis are not necessarily where one’s safety or well-being are most threatened due to the effects of the climate crisis. Thus, this report advances the notion that “persecution” is built into our global dependence on fossil fuels and the global investment patterns behind this dependence, and that this notion of “persecution” needs to serve as the basis for a normative framing of international recognition and protection of those who are displaced as climate refugees. Specifically, this includes persons moving across internationally recognized state borders as a consequence of sudden-onset or slow-onset disasters; and persons permanently leaving states no longer habitable (including “sinking island states”) as a consequence of sudden-onset or slow-onset disasters

We hope this report sparks conversation about these questions, and we invite you to share your reflections with us by email (belonging@berkeley.edu), or on our social media channels.