Watch this video in Spanish.

In this animated video voiced by Institute Director john a. powell, the differences between public and private space, and their alternatives are discussed as they relate to the circle of human concern. Through the framework of belonging, the video explains how the spaces are divided, who has access to those spaces, and what we can do to change the dynamics so that all ​people—and not corporations—​are at the center of the circle of human concern. Watch the video.

Also: check out our curriculum based on this video. They include an introductory 30-minute workshop, a 60-minute trainer module, and a 90-minute deeper dive. The modules are designed for a variety of audiences and center arts-based and popular education practices by Whole Story and Studio Pathways. View these modules here: 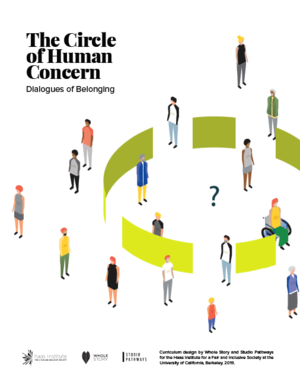 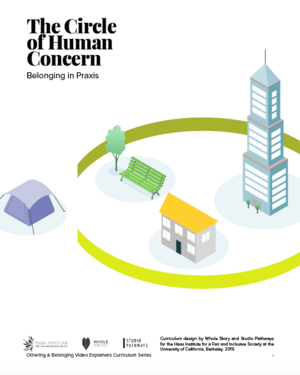 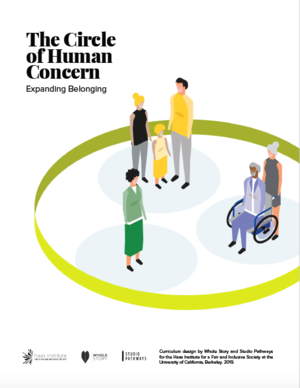 Who belongs within the circle of human concern?

In a democracy belonging is the most important endowment we share with one another. Only those who fully belong may select who belongs, may participate to define the rights of members, and which needs must be met by the community.

This happens in public space, which is a space of collective action, government activity, and open places where everyone is welcome, such as parks, libraries, and roads, where the marketplace of ideas. It also includes public services such as the police and fire departments, schools and universities.

On the other hand, we live much of our lives within private spaces, where we enjoy protections from government interference and surveillance. Private space, including our homes, places of worship, is a space of personal liberty, retreat, and personal conscious.

But the distinction between public and private mask meaningful differences between private actors in our society. Corporations have smuggled themselves into the private sphere and claim the same rights as ordinary people, such as freedom of speech, lobbying, and campaign contributions.

By clothing themselves within private space they concentrate wealth and influence in ways that distort our democracy and harm our environment. They argue that any laws or regulations to help people, and to curb their behavior, also threaten small businesses, private citizens, and individual liberty.

As the corporate sphere expands, private space shrinks, public space is diminished, and real people are pushed outside the circle of human concern. When this happens people fall into a fourth sphere: non-public, non-private space, where the most marginal in our society live, people who enjoy neither the rights of public space, nor the benefits of private space.

Today, this non-public, non-private space includes undocumented immigrants, ex-offenders, the homeless, and extremely poor, and many more. These people not only lack access to public or private space but too often we don't see them as part of "We the People," as inside our circle of human concern. We see them as the "other"--those who do not belong, even as we insist corporations are people who do belong.

In our society we often discuss two spheres: public and private, when in fact there are four: public; private; non-public, non-private; and corporate. We must insist that people, all people, belong inside the circle of human concern, not corporations.