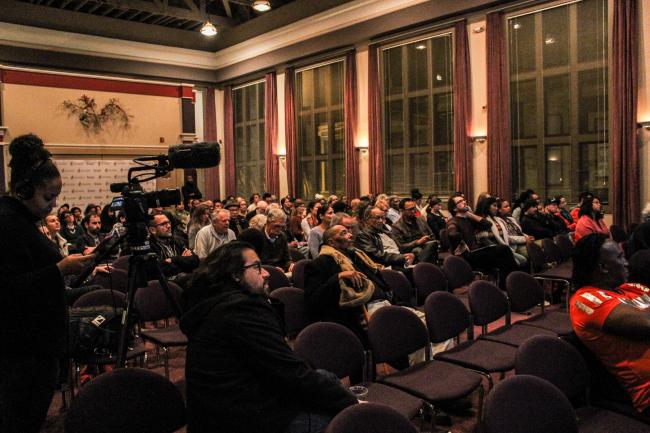 The Haas Institute has received a major new grant from The California Endowment to support the Institute's Blueprint for Belonging initiative. The project, which goes by B4B for short, will work on developing a strategic meta-narrative and practices based on core values of inclusion and belonging in order to bolster the work of progressive changemakers across California.

The California Endowment committed a generous sum to supporting the collaborative project, which is overseen by the Haas Institute’s Network for Transformative Change director Olivia Araiza. In the last year, the B4B project has hosted multiple convenings with community organizers, communication experts, and scholars to build a deep, current, and sharp analysis of the drivers of major social challenges in California, including extreme inequality and eroded government power. Partners in the project include the advocacy organizations California Calls, PICO-California, ACCE, California Endowment Building Healthy Community members, among others who will be added as the project continues to develop.

The project is based on the belief that achieving transformative change in California requires developing a narrative that can underpin work across individual movements, issues, and policies. Over the next 18 months, the B4B project will continue to hold regional convenings to test out components of the strategic narrative and determine how it can apply in the unique regional contexts around the state.

We recently sat down with Network director Olivia Araiza to hear more about what the project is working on and what she hopes to achieve through the creation of a new strategic narrative: 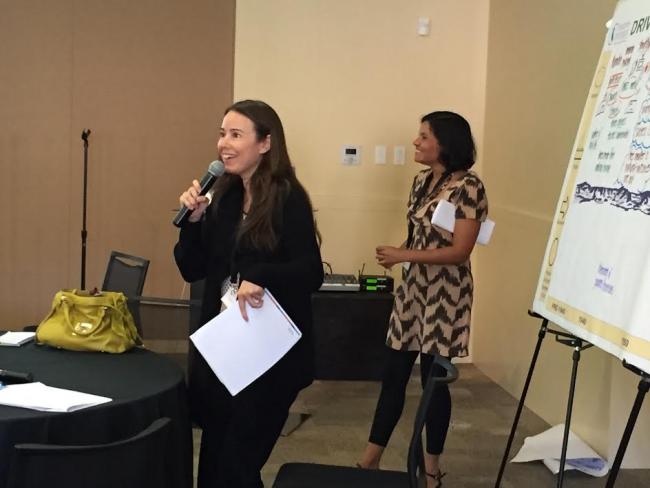 How can narratives shape worldviews? What are some real-world outcomes of these worldviews that you are seeing today?

Olivia: Meta-narratives shape how we make sense of the world we live in. These narratives prime us to untangle the information that we receive from the media, social media, and other outlets as well as how we interpret our personal circumstances.  It helps us answer questions such as: Why am I struggling so hard to make ends meet? Why have so many in my family been incarcerated? Is inequality acceptable? How these questions are answered are in large part the culmination of competing narratives shaping our consciousness and opinions about society. In this country the dominant narrative stems from a white male Christian supremacy worldview—it has shaped politics, public discourse, education, rules, and policies that shape government and the economy, and how we see each other individually and across communities.

What are some examples of social and economic narratives that are dominant today that may be leading to unsatisfactory or even dangerous outcomes in California and across the nation?

One example of a narrative that has shaped California today with implications nationally is the use of a simple bottom line argument to fight against or for public investments. By making the case that it costs X amount to incarcerate vs. Y amount to educate, it follows then that as long as X amount doesn’t reach a specific threshold, then it’s okay to incarcerate. Or perhaps we need to lower education spending to bring the two costs closer together? We have at times found it convenient to use the dominant narrative for tactical purposes at the expense of changing worldviews—we can’t do that anymore. We have to transform the waters we swim in so we’re prepared to always stand for inclusion.

What is the long-term vision for the project? How do you hope the strategic narrative will ultimately be used?

We’ll know we have been successful in the long run if our values shape the legislature, if we establish a single payer health care system in California, start calling undocumented immigrants Californians, vote to reform Prop.13—which limited property taxes in California and heavily reduced the state’s ability to provide certain public goods—and begin to reverse racialized inequality indicators towards those that emphasize a healthy economy that includes the most vulnerable. These aren’t low hanging fruit campaigns. Instead these changes will require leading political, and organizing power building hubs to coalesce around a shared strategic narrative that aims to shape our collective identity. This political identity will have to cross regions, class, and communities—no small task, but with it we’ll be able to amass a powerful counterbalance to corporate elites that have captured our economy and government.

How were the partners chosen for the project and how do they work together to achieve progress, especially in the unique political and social environments we face today?

We launched the effort with a handful of California-based community organizing initiatives, ACCE, PICO-CA, and California Calls.  From there we reached out to a broad cross section of sectors and movements that build community-based power and shape the progressive infrastructure in the state, such the Building Healthy Community partners and Holmes United Methodist Church, among others. This is an open invitation project—we are hoping to co-develop strategic direction and tools with organizing shops, faith-based groups, academic and policy experts, and labor and government institutions. We come together in a variety of ways that meet the needs of the project and are responsive to the realities on the ground—that means partners plug in via committees, at convenings, in workshops, commissioned projects, retreats, tailored trainings, and via one-on-one conversations, among many other strategies to gain direction and input from the field.

Has the work of B4B project shifted focus in the wake of Pres. Trump’s recent actions that seem to be aimed at limiting inclusion and equity in the US? Do you believe California is in a unique position to resist?

I think everyone has shifted focus in the wake of the new administration—if you haven’t asked yourself how you need to recalibrate, I’m afraid you’re missing something! We’ve asked ourselves things like how can we accelerate our efforts, how can we best position California in the national landscape—do we have anything to offer?  I think we do. California is a leader in many respects—our population looks like the rest of the country will in the near future, our progressive infrastructure has matured and offers lessons for other parts of the country, we’ve experienced “white-lash” in various phases of the past and in some respects have turned the corner. And yet, we still are a member of the nation’s leading pack on racialized inequality. How we use the assets listed above to usher in a new era that builds a comprehensive public infrastructure and economy for belonging will set the stage for the rest of the country? Our resistance will be rooted in moving our state towards inclusion by consolidating a Californian identity that can withstand the racialized politics of fear and resentment and act on our common values and vision for inclusion and healthy communities everywhere.

In the convenings held so far, what are the coalition of partners seeing as the greatest challenge to a progressive, inclusive California today?

We have to reign in corporate interests, continue to build up our civic engagement infrastructure, deepen community organizing to touch on identity formation, stomp out the embers that say “identity politics and immigration policy” hurt us nationally, learn how to address and turn anxiety and resentment of the Other and build that into our practices, and politicize Californians in a way that results in a loud demand on our institutions to work for people, not for corporations.