California: America’s egalitarian and inclusive refuge? Not so fast

Assistant Director and Director of Research

The great state of California is known for many things: its sublime national parks, stunning beaches, Hollywood and Silicon Valley, world-class public universities and dominant professional sports teams. And as the greater portion of the “left coast,” California enjoys a reputation for inclusive politics and liberal attitudes. It was the home of the anti-war movement in the 1960s, student protests that roiled campuses nationwide, LGBT rights and Harvey Milk, marijuana liberalization and sanctuary cities today. In the wake of the national election, and the rightward lurch in national politics, California is now being positioned as an inclusive alternative. After all, almost twice as many Californians voted for Hillary Clinton as Donald Trump. Robert Reich has even gone so far as to counterpoise California as the antidote to Trump’s America.

Yet, California’s reputation does not match the reality. According to a recently released report, California ranks as the 19th most inclusive state in the nation, just ahead of the middle of the pack. This report, the 2016 Inclusiveness Index, (which I co-authored) measures inclusiveness along multiple dimensions of group-difference (including race, gender, LGBTQ status and disability). 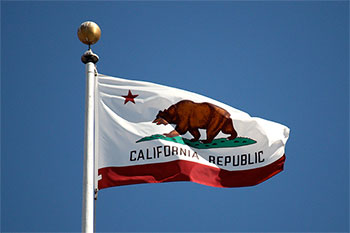 To begin with, California has not only among the highest levels of income inequality of any state in the U.S., but also between groups. Non-white to white per capita income is nearly the lowest in the nation. Granted, income inequality in California may be greater than other states, in part, because of the high-tech economy. Advanced economic sectors rely on highly skilled labor, which divides the haves and have-nots. But the fact that California is deeply unequal belies its reputation as a beacon of inclusion. The poor are being systematically displaced, and more residents are leaving California than arriving, because of the cost of living.

Income inequality shapes almost every domain of life, from health outcomes to education to housing cost-burden. California, for example, is the nation’s most housing cost-burdened state, with residents paying more of their income on housing than any other state. Moreover, the housing crisis in California is not simply a byproduct of a hot economy. It’s a product of state and local policies.

We should not forget that the Reagan tax revolt began in California before going nationwide. As governor, Ronald Reagan advanced a policy agenda that would reduce taxes on the wealthy, culminating in Proposition 13, a ballot initiative that has dramatically reduced the tax burden and effective tax rate on the most affluent communities, making it even more difficult for low- and middle-income families to move in, while also increasing the relative tax burden on the most distressed communities. Proposition 13 has also exacerbated the housing crisis by undermining the most critical incentives for development, additional tax revenue, and by effectively insulating long-term homeowners from the displacing effects of property value appreciation, who tend to oppose new developments through local control measures, harming millennials, young families, and recent arrivals.

California was also the first state to adopt a statewide ban on affirmative-action (a constitutional amendment that is still in place), resulting in a dramatic reduction in black enrollment on UC campuses (by half since 1997).

Income inequality shapes almost every domain of life, from health outcomes to education to housing cost-burden. California, for example, is the nation’s most housing cost-burdened state, with residents paying more of their income on housing than any other state. Moreover, the housing crisis in California is not simply a byproduct of a hot economy. It’s a product of state and local policies.

California was also a leader in mass incarceration, and adopted one of the nation’s most punitive three-strikes laws. Although this law has recently been overturned, California remains one of the nation’s leading incarcerators, with prisons so badly crowded that the U.S. Supreme Court was forced to intervene in 2011. Racial inequalities in California’s prison system are astounding. Among adult men in 2013, African Americans were incarcerated at a rate of 4,367 per 100,000, compared to 922 for Latinos, 488 for non-Latino whites, and 34 for Asians.

It is true that California has a number of cities and counties that have enacted so-called “Trust Acts,” or measures that resist the more punitive features of federal immigration enforcement. But California pioneered and enacted multiple propositions in the 1990s that prohibited state funds for education, health care and other services for undocumented immigrants as well as prohibited state funding for bilingual education. And today, how many of these so-called “sanctuary cities” are affordable to newcomers?

California may hold itself as a beacon of inclusion, but remains a deeply segregated and unequal state. Much more must be done if California is to finally live up to its reputation.

Blog: Resistance and the Rebirth of Inclusion
john a. powell | November 28, 2016
Towards A More Inclusive California: On Native Youth and Admissions to the UC System
September 21, 2016