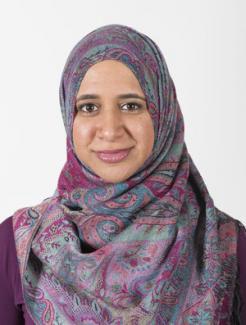 Zahra Billoo is the Director of the SF Bay Area Chapter of the Council on American-Islamic Relations (CAIR). We spoke with her about her work with CAIR, current challenges facing the larger social justice movement, and how the Othering and Belonging framework is now more relevant than ever.

Can you start off by talking a little about your work? What do you do as director of CAIR Bay Area?

As Director of the Bay Area office of CAIR I do a little bit of a lot of things. Day to day, I work with individuals facing anti-Muslim discrimination, including those visited by the FBI for no reason, those being stopped on planes, etc. I also work with media to provide an American Muslim voice on what is happening today. Additionally, I work inside the Muslim community on issues related to  empowerment. As someone who is trained in civil rights and the law, I recognize that those rights mean nothing if people don’t know what they are. We do many “Know Your Rights” presentations in the community, focusing on issues like, “What do i do if the FBI is at my door?" “How can I protect myself while traveling?” “What is Islamophobia?” and more.

What are CAIR’s main priorities currently? Have they shifted in the wake of President Trump?

For the SF Bay Area chapter, our two key priorities right now are providing direct legal services to those affected by the president’s policies and rhetoric and empowering people to be leaders, including engaging with those in power and demonstrating how to push back. I don't think our priorities have shifted as much as we’ve become very aware of the need to rapidly scale up. Luckily, there’s been a lot more interest from donors, volunteers, and allies all saying that they want to help. The challenge now is that we are responding rapid fire to attacks on our community, but are also faced with limitations to our current capacities.

What do you see as the biggest necessity right now in overcoming those limitations to effectively respond to needs?

It’s really important that we as a movement and as a society invest in leadership development in the movement, so that people are going into work and seeing it as work, not as a hobby, not as a part time thing, and not a stepping stone to something else.

You recently spoke at the Women’s March—what was that experience like? How can we keep the momentum from the march going as time goes on?

On the Thursday before the March I was in DC ready to protest the inauguration, and thinking about what does one say to 250,000 people in three minutes? But when we got to the march, one of the co-conveners said to me “It’s going to be way more than that”—and I saw nearly a million people ready to protest. It was a sight I will never forget, people in pink everywhere, Most importantly, it was beautiful to see how the co-conveners worked really hard to build a diverse program that showed women’s issues in a broader way and also that they were able to mobilize parallel marches across the country and inspire ongoing activism. As for keeping up the momentum—that’s where scale matters. There isn’t enough capacity to keep up with the energy right now, and if we don't capture it now it will fade. For that reason, we come back to questions of leadership development, increased support for organizations working within the movement, and the need for leaders and activists to develop tangible and specific meaningful ways for people to get involved.

Let’s talk about your work during President Trump’s so-called “Muslim Ban.” Do you have any sense of what the next big fight will be?

It was actually incredibly inspirational to see how quickly the country mobilized to push back against Muslim bans 1 and 2. The rapid response way in which protests came together across the country at airports, the number of lawyers who came forward, the amount of donations that came in, and even just the outpouring of food to support the movement—it was all something we hadn’t seen before. What I’m excited about is that 45 continues to lose over and over again when he comes for our community. But I worry about smaller policy changes being put forward. There’s been a lot of focus on Trump, but less focus on the right wing fringe groups brought in by the administration, as well as on conservative members of Congress. In that same way, because there is a focus on the Muslim Ban, I worry about some of the smaller policy changes, like the new office set up to highlight crimes committed by immigrants. I’m hopeful because we’re winning, but I’m also cautious because our country has a history of doing horrendous things to marginalized groups. Even if we win this fight in the Supreme Court, and in the court of public opinion, other smaller and equally dangerous things are happening. And people aren’t paying attention to them.

How are you taking care of yourself while all the stresses of this work are weighing on your shoulders?

It’s been really important for me to rely on faith, family, and friends. And then of course, sugar. It’s definitely a process.

How does the framework of Othering and Belonging intersect with your work? How can we move from Othering to Belonging when it comes to Islamophobia and issues that affect the Muslim community?

We are in a moment where the conversation around Othering and Belonging is more critical than it has ever been. What we’re seeing right now is amplified Othering of different communities—and people in office who are capitalizing on that to consolidate power to target individuals and in some cases, for capitalistic gain. What we need is more conversations and efforts among friends and allies to create a broad-based sense of belonging so that our movements aren’t just about Muslims, African Americans, Jews, Native Americans, or Asian Americans individually.  Our country and our community is stronger when we work together. We can’t be free until everyone else is.