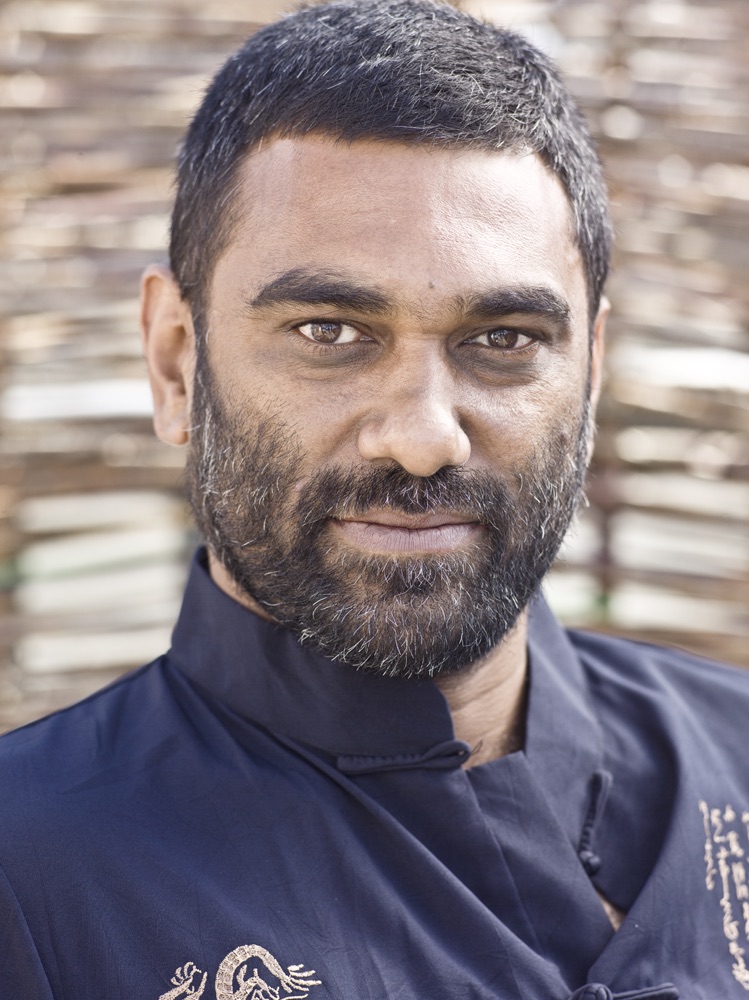 “The struggle has never been about saving the planet,” Kumi Naidoo told The Guardian just over a year ago. Then the director of Greenpeace International, Naidoo was explaining exactly why, paradoxically, “the planet does not need saving”.

“If we warm it up to the point where we cannot exist we’ll be gone, the planet will still be here,” he said. “This struggle is fundamentally about whether humanity can fashion a way of mutually coexisting with nature and protecting our children and their children’s future.”

Naidoo, who has since left Greenpeace and is now the Launch Director of Africans Rising for Justice, Peace and Dignity, will expound on some of those insights at the Haas Institute’s Othering & Belonging Conference later this year. Naidoo brings not only a wealth of wisdom gained while working at the frontlines of the fight for environmental justice, but also a long history demanding basic human rights for all peoples—stripes earned as a young activist fighting apartheid.

Born in a poor township in Durban, South Africa, Naidoo was expelled from high school for participating in anti-apartheid activism. Undeterred, he joined the African National Congress, the major opposition party that was then underground and relied on guerilla warfare tactics to fight injustice. Naidoo helped organize ANC’s student group as well as the armed revolutionary branch. Back then, Naidoo told Outside magazine, he spent many weekends at funerals mourning friends killed by police. Years later, when the threat of state incarceration and possibly death hit a fever pitch, Naidoo sought refuge in the UK at the University of Oxford, where he had received a Rhodes Scholarship in 1987.

Naidoo returned to South Africa three years later, when the ANC had been unbanned and Nelson Mandela released from prison. He set about helping the organization transition into a legitimate political party and later joined Civicus, a human rights organization that aims to strengthen citizen action and civil society.

Naidoo’s attentions soon shifted to the environment as he began to realize the many ways that environmental justice is so closely bound with social justice. He became a board member of Greenpeace Africa in 2008 and just one year later leaped to the helm of the global organization, which is known for its brazen and impactful stunts that call attention to environmental and social causes worldwide.

He was brought on at a crucial moment in the organization’s history, as it was seeking to modernize into an organization that defended not only environmental ideals, but aligned them closely with human wellbeing and empowerment as well. According to The Guardian, “as the first outsider and African” to become Greenpeace’s director, Naidoo’s appointment took on a special resonance. “He was seen as a man who could save the organisation from itself, build bridges and shape the international NGO into a people-focused, people-powered movement, rather than a heroic stalwart fighting on behalf of others.”

In his own words, Naidoo said he “came to Greenpeace wanting to break the dichotomy between the environment and development” as “the people who pay the highest price for overconsumption and pollution are those who see the least benefit”.

In his six years with Greenpeace, Naidoo oversaw many victories for both the environment and those most affected by changes to it, such as pressuring Shell to abandon Arctic Drilling, convincing major retailers to detoxify their clothing, and helping end peatland destruction in Indonesia through agreements with major deforesters, among other victories.

Since leaving Greenpeace at the end of 2015, Naidoo has moved back to South Africa and taken the helm of Africans Rising for Justice, Peace and Dignity, which aims to foster solidarity across the continent and unity of purpose of the Peoples of Africa to build a peaceful, inclusive and prosperous future. He remains committed to bridging the gap between environmental concerns and social ones.

As he told The Guardian: “Imagine we are the last people on the planet and climate change has happened and we decided to write up the history of humanity and put it in a capsule so that if human life emerges again they won’t make the same mistakes, one of the things we would probably conclude is that those who historically deem themselves to be civilised and need to civilise the uncivilised – that is the indigenous peoples of the world – we would conclude that the people who were most civilised were the indigenous peoples of the world.”

Kumi Naidoo will be speaking at the 2017 Othering & Belonging Conference on Tuesday, May 2. Find out more about the conference here.