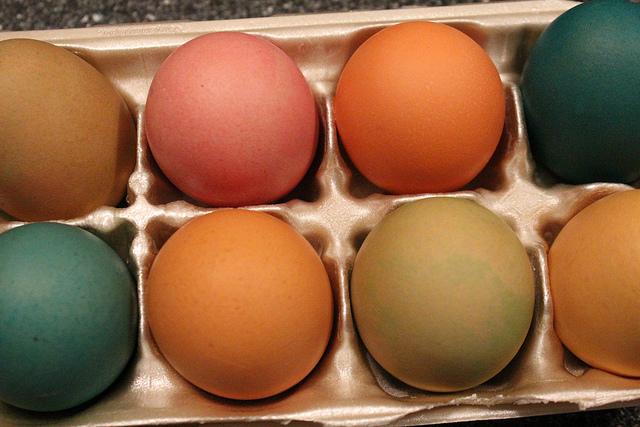 By john a. powell, Director of the Haas Institute for a Fair and Inclusive Society

There are real concerns and fears about the escalation of violence. We are all well aware of ISIS and the destruction and death they bring to people in Syria and Iraq, the majority of whom are Muslims. There should be no apology for speaking up to condemn this violence, but we must also recognize their violence is largely directed at people trapped in situations we helped to create. In the name of U.S. safety and interest, we destroyed hundreds of thousands of lives in Iraq apparently in search of weapons of mass destruction, in reality making the world safe for the flow of oil and other resources to the United States.

I do not blame people for being afraid and confused, but I do blame those who claim to be leaders for stoking this fear and trading on it for their own nefarious reasons. Donald Trump's latest statement is actually a continuation of a fairly consistent attack on people considered Other in our society -- he has already attacked women, gays, immigrants, the disabled, Blacks.

Some say what Trump and other political candidates are doing is simply giving voice to the anxieties and fears many American already have. We are constantly hearing about our changing demographic and it is challenging our idea of what America is, and who we are.

Change and especially rapid change is often difficult. It is understandable that people may want to retreat into a fictitious past where life was apparently simple, secure, and happy. Today's America is not the America many grew up with or imagined. Tomorrow's America will be even more different. But when one hears about how "we" are changing, who do we mean when we say "we?" What do we mean when we say "our" country? How we answer those questions in our words and deeds tells us whose life counts in America and which groups are inside our circle of human concern.

There is acknowledgement on both sides of the political spectrum that Trump's latest statement signals a shift, a pivot away from the long-used strategy in American politics of using coded language -- a "dog whistle" -- to attack the Other. The elite, especially Republicans but also some Democrats, have been strategically using anxiety about the perceived Other to whip up fear for political and economic gain for decades.

The idea is simple. Give shape to the anxiety of a group who feels threatened by some Other. The Other can be the religious Other, the immigrant Other, the racial Other, or other Others. This strategy is not about race or religion, but about power and control. Elites have used this strategy to wrestle government away from people in favor of themselves, push for lower taxes, and enact deregulations that shift and concentrate money and power to themselves.

The strategy was successfully used by Richard Nixon. Called the southern strategy, it was designed to trade on the anxiety of southern whites about blacks, and it moved the south from solidly Democratic to solidly Republican. This resentment would not just be directed at Blacks and the Democratic party, but also at the federal government itself. Reagan would go on to perfect this strategy at the national level. He asserted that the government could not fix the problems the country was facing, that instead government was the problem. While he and others publicly called for a smaller federal government, what they actually did was increase not only the size of the federal government, but changed its role from protecting and serving people to protecting and serving the elites and corporations.

Traditionally, in a society like ours that prides itself on being equalitarian, the attack on the Other needed to be coded, not overt. The attacker needs to be able to feign innocence and even hurt. "What me, a racist? Some of my best friends are Muslim." (Berkeley Law professor Ian Haney Lopez has brilliantly captured this strategy in his book titled Dog Whistle Politics.)

But now the climate has changed, so much so that Trump feels no longer compelled to use a "dog whistle." Trump has broken with the old strategy in two important ways. First, his rhetoric and inflammatory speech has returned the national conversation to the era of Barry Goldwater, using language and messaging that are explicit. Second, Trump has also begun to attack the economic and political system that supports the elites.

In combining resentment and anxiety about the Other with resentment toward a system that favors the elites, Trump is not just a continuation of the old style. More importantly, he has actually done something that those who care about inclusion should have done some time ago -- he has linked the challenge to a system rigged in favor of corporations with issues of race, immigration, and religion. He trades not just on economic fear and anxiety, but also on fear of a loss of collective identity. Trump has manipulated this very real connection as a reason to exclude, rather than include. He has done something that those of us who care about justice must also do, but with a critical difference -- we must link the rise of extreme economic inequality with the separate but related issue of who we are and we who we might become -- not based on fear, but on hope and possibility.

But enough about Trump. What is our message? What is our response? I think it should be that no person should be outside the circle of our human concern. Within this circle we have a duty to practice respect and care for a person, not for all their ideas or beliefs, but for their humanity. Furthermore, this concern should trump concerns for oil and profit. The message we need to proclaim is "people before profit" and "people caring about people" -- all people. It is not enough to decide if someone holds racist views. We must look at the impact of their deeds and the structures that allow them to benefit.

When we condemn Islam for the actions of ISIS we are engaging in deeply stereotypical assessments that exacts injury on millions of people. When we refuse to collect information of Blacks being regularly killed by state workers, we are saying that black lives do not matter. It is not enough to oppose Trump -- we must actively promote a society where people belong and no one is outside the circle of human concern.

We who care must engage and acknowledge our collective anxiety and begin to shape a different story and a different possible future. Can we conceive of a government that is responsive and works to include all people? Can we conceive of a set of economic structures and policies that serve people and not just the elites? Can we tell this story and build this reality? This is the unfinished business of creating a fair and inclusive society. This is our challenge.