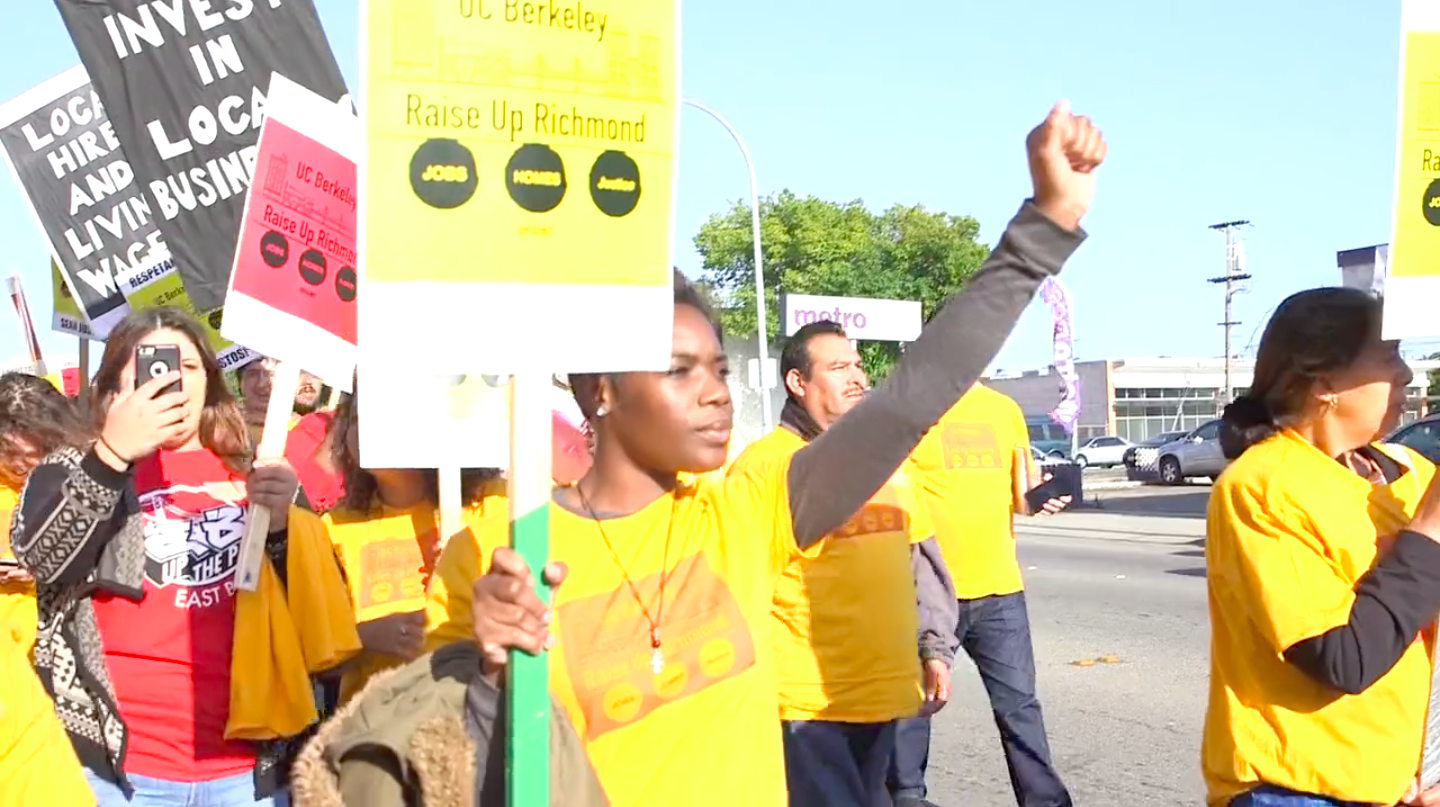 By Gerald Lenoir and Serginho Roosblad

California is currently leading the resistance against the current Trump administration. And that’s not new. The state has a reputation for being the most progressive state in the union. Important social and political movements like the Black Panthers, the Chicano movement and the United Farm Workers have their roots in the golden state. And more recently, a range of state laws and policies that have been enacted over the past 20 years helped solidify this reputation.

But there have been times that California tipped over to the other side of the political scale and was even known for its racist and exclusionary politics; Reaganism too has its roots down in California.

Our eight-minute film, Transforming California from Red to Blue: How Community Organizing Changed the Political Landscape, directed by Bay Area director Tracey Quezada, looks at how California activists, like Eva Patterson, Marqueece Harris-Dawson and Karla Zombro, were able to change the narrative and make this a more inclusive state.

About twenty-five years ago, California began going through demographic changes similar to what the rest of the country is going through now. The response from a sector of political leadership was to stoke racial anxiety and resentment among whites, in order to win power. This wasn’t a new strategy, but it was stepped up in ways similar to how Trump has stepped up attacks on immigrants, people of color, and women.

In the 1990s California, ballot initiatives were a primary strategy for racialized attacks. Politicians like Governor Pete Wilson rode the wave of these initiatives to win control of state government. The California state Assembly became majority Republican for the first time in over 25 years.

The result was a number of initiatives that made it to the ballot boxes in the 90s. Proposition 187 attacked undocumented children. Proposition 209 was anti-affirmative action. Proposition 227 asked voters to vote against bilingual education. The list went on and on.

This, however, electrified new social and political movements that were created in the 1990s and early 2000s that challenged the status quo. Today, liberal and progressive Democrats control the state government. And as a result, the politics of California has changed dramatically.

The film will act as a tool for activist to educate others about recent California history and show how it’s possible to change the narrative to a more inclusive one.

Gerald Lenoir is the Identity and Politics Strategy Analyst working with the Haas Institute’s Network for Transformative Change.

Serginho Roosblad is a second-year documentary film student at UC Berkeley’s Graduate School of Journalism and a research assistant with the Blueprint for Belonging project.

This video was created​ by the Blueprint for Belonging ​project, to find more videos, essays, podcasts, and our California survey on othering and belonging from this series click here.