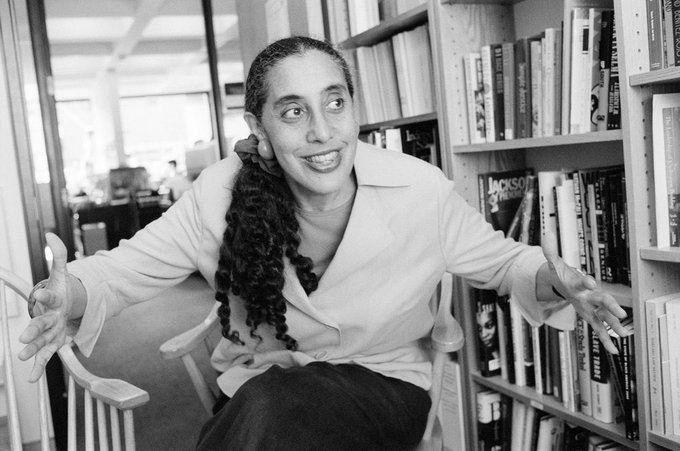 As we begin to settle into 2022, my heart and mind are weighed down by the losses we suffered at the end of 2021 and the beginning of this year. With the normal flow of life and death I know there are always those passing on and those joining us. Life is always providing us with challenges and opportunities. But for me, the end of last year and beginning of this year can only be described as a loss.

We lost my good friend bell hooks, and while still mourning and celebrating her contributions we lost Bishop Desmond Tutu, a close friend of my extended African family. And lastly, we lost Lani Guinier, the first black tenured professor at Harvard Law. All three, and undoubtedly many more, were larger than life and will not be silenced by their deaths. Their teachings, their insights, and the struggle for a just world still carry us. And yet, I miss them all the same.

I will use the remainder of this space to talk about my friend Lani. I do this to help you know Lani if you don't already, and to honor her in my life. If my memory is correct I met Lani in Madison, Wisconsin around 1990 at a convening of legal minds and scholars to form the basis for what would become Critical Race Theory in legal studies. She was sharp and insightful and distinctly unwelcoming. I was still in practice at the ACLU. Lani was not impressed. She publicly raised the question of why I was at the meeting. I believe I had been invited by my friend, another giant that introduced us to implicit bias and the law before we used the term implicit bias.

There were many other trailblazers at the meeting that would push the boundary of legal scholarship and race in our country. Most of the folks, including Lani, had already established themselves as innovative and creative scholars. I was “just” a practitioner. This is a particularly stinging indictment coming from Lani as she had also been a practitioner herself doing voting rights work at the NAACP Legal Defense and Educational Fund. And Lani believed, and I concurred, that what was being called for was serious thinking willing to reexamine and where necessary challenge the canons coming from the left and right. She believed that practitioners as a group often failed to engage in such examination.

Some may be surprised that there is this disregard from many theorists towards practitioners. But it runs the other way as well. Many practitioners have little use for theorists. Lani's public critique of my presence did sting but I appreciated her forthrightness and candor. We quickly became friends.

I learned a great deal from her and I believe she learned to appreciate my contributions as a scholar and practitioner. But the penchant for critique even after we became close friends never went away. To know Lani was to know the person and to know her mind. She, along with Gerald Torres, gave us a modern reading of the canary in the coal mine with their book, The Miner's Canary. She asserted that blacks were a measure of what was happening to the larger society and the harm that might be visited on non-blacks as well.

Some might remember that there was early writing of the subprime problem but it was largely ignored because it impacted the canary, black people. That is until the implosion brought down giant financial institutions and the global economy. Lani gave us insight into what low-income whites gain from the fraught identification with elite whites, and how to rethink that relationship. And her books on democracy and merit are must reads for understanding what is wrong with our approach to fairness today.

Lani and I loved working together. And one of our projects, along with Professor Susan Sturm, was to get people to understand the structure of racial dynamics before structural racism was part of the popular discourse. She understood that racism could not be adequately understood by just focusing on interpersonal lives and that we had to understand structures and identity. We met and talked frequently. We would go on long walks and play serious mental gymnastics.

We decided that we could best advance our work if we were at the same institution. We approached a university that shall remain nameless with the idea of both of us joining. We were told that the institution would be interested in either one of us, but was not interested in having two black scholars added to their faculty. Sadly, we never realized the opportunity to work together on the same campus.

One thing most people may not know about her was that for years she held out hope that her law school classmate Clarence Thomas, who now was the only black justice on the Supreme Court, would eventually come around. She used to refer to him endearingly, remembering him as a comrade and an admirer of Frederick Douglass, not as the conservative justice who would use his power to hurt black and marginal people. But he let her down. While Thomas was rewarded for his lack of principle with a spot on the Supreme Court, Lani, despite all her successes, paid a heavy price for caring about people and working for racial justice.

Lani, thank you for your work, your life and your friendship. I celebrate you and miss you. And I thank all of you who carry on Lani’s, bell’s and Bishop Tutu’s work.