Sarah Song is a political theorist with a special interest in issues of democracy, citizenship, migration, identity, and inequality. She teaches in the PhD Program in Jurisprudence and Social Policy (JSP) at Berkeley Law, including courses on political and legal philosophy, citizenship and migration, and feminist theory and jurisprudence. She also teaches First Amendment law in the JD program.

Song is the author of Justice, Gender, and the Politics of Multiculturalism (Cambridge University Press, 2007), which won the 2008 Ralph Bunche Award from the American Political Science Association. The book explores the challenges of religious and cultural diversity by examining tensions between multiculturalism and women's rights.

Her second book, Immigration and Democracy (Oxford University Press, 2018), explores the values and principles that shape and ought to shape public debate about immigration.

Born in South Korea, Song immigrated to the U.S. when she was six and attended K-12 public schools in Missouri, Illinois, and New Hampshire. She received a B.A. from Harvard College, MPhil from Oxford, and PhD from Yale. Prior to coming to Berkeley, she was Assistant Professor of Political Science and Affiliated Faculty in Philosophy and Women's & Gender Studies at MIT. She has been awarded fellowships from the Woodrow Wilson National Fellowship Foundation and the American Academy of Arts and Sciences.

From 2015 to 2020, Song served as director of Berkeley Law's Kadish Center for Morality, Law, & Public Affairs, which together with the Political Science and Philosophy Departments sponsors a weekly Workshop in Law, Philosophy, and Political theory.

June 18, 2019: 'What was I in for?' A professor creates a civics class at UC-Berkeley called 'Ethics in the Age of Trump.' (Washington Post) 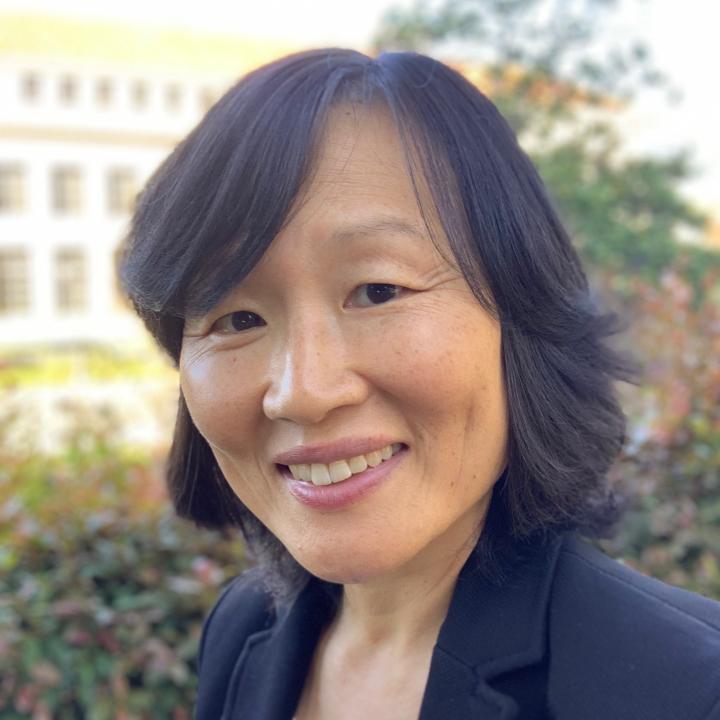