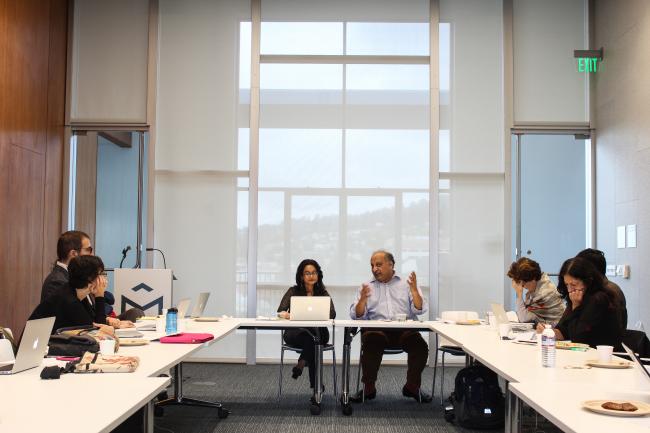 October 27 & 28, 2016: The Haas Institute’s Religious Diversity cluster hosted a two-day workshop at UC Berkeley last October that brought together academics and thinkers from diverse disciplines to share scholarship related to “Democracy and Religious Pluralism in India, Pakistan, and Turkey.”

The workshop was the second event in a larger project that aims to examine how religious actors and democratic institutions renegotiate early compacts drawn at constitutional moments and the role of religious pluralism in these societies today. The “Religious Toleration and Plural Democracies” project, originally funded by the Henry Luce Foundation and now part of the Haas Institute’s Religious Diversity research cluster efforts, seeks to identify and promote a culture of coexistence within democratic society.

The project rooted its work in three nations that have historically faced the challenge of fashioning democratic institutions within societies with long-standing religious traditions: India, Pakistan, and Turkey. Firstly, it looks at how these nations have negotiated the balance between the claims of religious groups and those of modern democratic institutions; Secondly, how democratically-elected regimes may now pose challenges to pluralism and coexistence. These questions were further elaborated during the workshop in October, which was organized by Karen Barkey, Professor of Sociology at UC Berkeley and chair of the Haas Institute’s Religious Diversity cluster, and Sudipta Kaviraj, Professor of Indian Politics and Intellectual History at Columbia University.

The workshop kicked off with a look at the transitions three countries experienced as they went from societies with great degrees of religious and ethnic pluralism to simplified versions of nation-states. Rochana Bajpai (SOAS, University of London), Uday Mehta (CUNY Graduate Center), Christine Philliou (UC Berkeley) and Faisal Devji (University of Oxford) presented papers that problematized the notion of the transition, discussed the understandings of religious diversity, liberalism, and democracy before and during the transition to the modern state. They highlighted not only the social diversity within the society more broadly, but also the diversity of intellectual and political views present in these moments, and the implications of these for the winners and losers of the struggles for national liberation that followed. The papers explored key parts of the constitutions and the political techniques responding to religious diversity that were implemented during initial moments of state and nation-building. 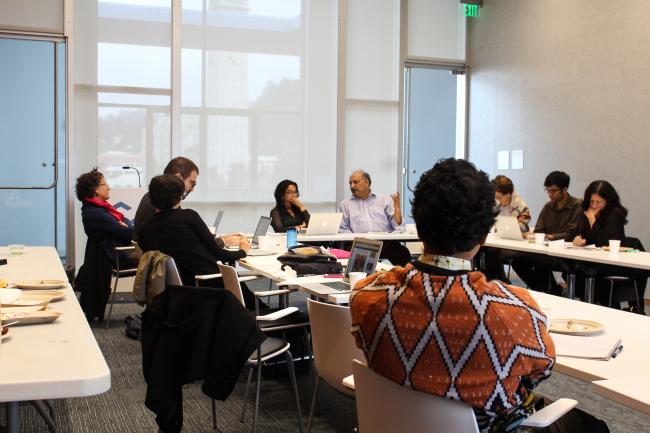 The second set of discussions focused on democracy, secularism, law, and religious diversity. Ates Altinordu (Sabanci University) discussed the possibilities of a post-secular construction in contemporary Turkey and what that would entail in terms of particular arrangements in the social and political order of the country. He demonstrated serious tensions between the state’s vision of religion and post-secular ideals.

Mathew John (Jindal Global Law School) shared his work on the Indian Supreme Court and its assertion of authority over religious practice by violating social intuitions and casting traditions of practice as founded in doctrine. Fatima Bokhari (Open Society Foundations, Budapest) presented her research on the ways that religious blasphemy laws, which are supposed to protect minorities from the majority religion, were used to protect the majority from the minority in Pakistan and allowing for the discrimination and persecution of minorities, rather than their protection. 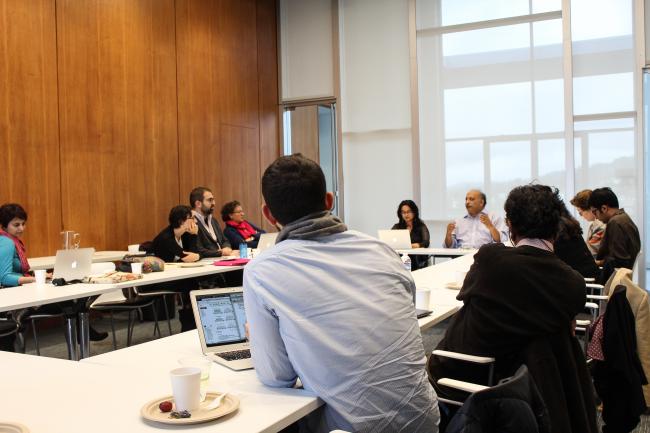 he discussion then turned to an exploration of the relation between democracy and violence, with special attention given to the ways that democratic regimes can inspire violence as well as themselves become violent actors. Papers by Sudipta Kaviraj (Columbia University) and Amrita Basu (Amherst College) investigated such relations in the context of India while three papers explored the particularities of state-minority relations with regard to violence, persecution, and claim-making for rights. Senem Aslan (Bates College) compared Alevi and Kurdish communities in Turkey and their particular claim-making relations with the state, each shaped by particular histories and identities. Sadia Saeed (University of San Francisco) studied religious pluralism in Muslim societies and demonstrated how Muslim empires were different then Muslim majority states today. Finally, Nosheen Ali (Umang Poetry) presented a powerful study of minoritization in Pakistan, especially the attitudes and practices that perpetuate humiliation and hostility towards the Shia, the biggest minority group.

Karen Barkey and Sudipta Kaviraj are now collecting these essays and putting them together into a collection that they hope to publish quickly given the urgency of the politics of pluralism around the world today. In addition to the papers presented at the conference, the collection will include a comparative paper by Barkey and Vatsal Naresh (Yale University) that sets the rise of majoritarian leaders in Turkey and India as the key question through which to explore democracy, secularism and religious pluralism.