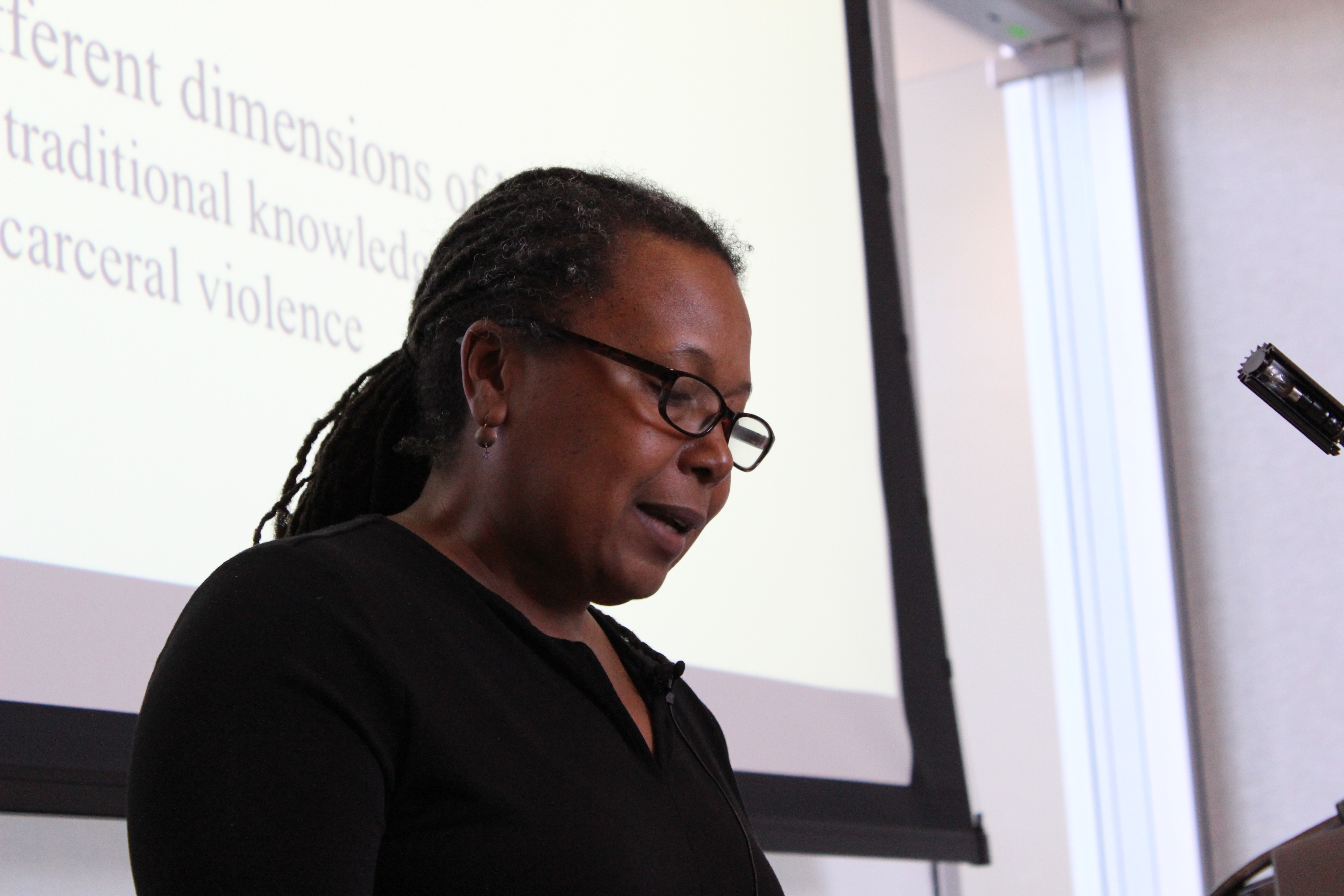 University of Chicago professor Cathy Cohen’s talk on April 13 as part of the Research to Impact series began with two essential questions: what is political knowledge?; and how does race/ethnicity shape the different types of political knowledge used in communities?

Knowledge of the carceral state is a more relevant form of political knowledge among Black youth, and new media is the primary tool through which this knowledge is developed and disseminated. Cohen draws a historical parallel between the role of visual arts in the Civil Rights Movement, the “groundbreaking and heart-wrenching” images of Emmett Till, and the more recent video images of the police beating of Rodney King in order to convey the ongoing significance of media technology in documenting Black suffering and resistance, and in producing political knowledge. With technology, ordinary people have the means and ability to film, edit, and disseminate information online without mass media gatekeeping, and this process produces a unique type of digital knowledge and political acumen.

According to Cohen, the carceral state and new media produce a Black social media sphere wherein the carceral face of government is actively reveled. In addition to facilitating the mass distribution of images of Black death and harassment, social media also produces a sense of connection to a larger Black community. Because communities of color disproportionately experience and witness violence, Cohen contends that these communities have a greater knowledge of the carceral state, and are highly politically knowledgeable.

In addition to expanding the conception of political knowledge to be more inclusive, Cohen’s research also expands our understanding of political education, political participation, and the myriad ways that communities engage in civic activity. More specifically, this research challenges the dominant narratives regarding Black people as fully-engaged citizens because it suggests that carceral violence does not automatically and exclusively extinguish Black civic engagement. It can also serve to consolidate Black political knowledge and motivate diverse forms of self-efficacy, determination, and civic participation.

Cathy J. Cohen is the David and Mary Winton Green Professor at the University of Chicago.  Cohen is the author of two books, The Boundaries of Blackness: AIDS and the Breakdown of Black Politics (University of Chicago Press) and Democracy Remixed: Black Youth and the Future of American Politics (Oxford University Press).  She is also co-editor of the anthology Women Transforming Politics: An Alternative Reader (NYU Press) with Kathleen Jones and Joan Tronto. Her articles have been published in numerous journals and edited volumes including the American Political Science Review, NOMOS, GLQ, Social Text, and the DuBois Review. Cohen is the founder and director of the GenForward Millennial Survey Project and the Black Youth Project. She is also co-editor with Frederick Harris of a book series at Oxford University Press entitled “Transgressing Boundaries: Studies in Black Politics and Black Communities.” Cohen has also been the recipient of numerous awards including the Robert Wood Johnson Investigator’s Award and the Robert Wood Johnson Scholars in Health Policy Research Fellowship.