Race—The Power of an Illusion:
Teaching about Race and Racism using Resources to Change the Narrative 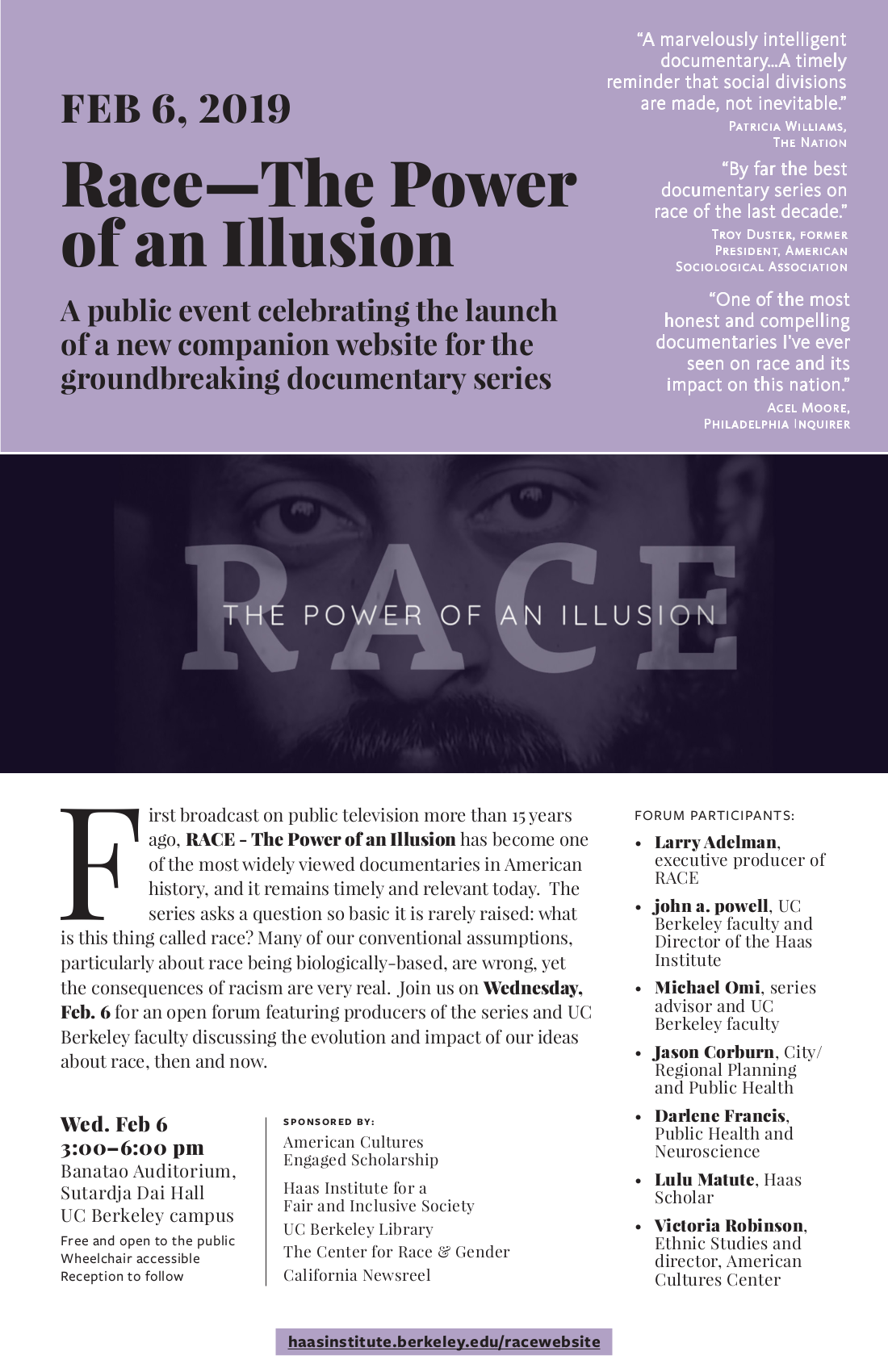 First broadcast on public television more than 15 years ago, RACE - The Power of an Illusion has become one of the most widely viewed documentaries in American history, and it remains timely and relevant today. The series asks a question so basic it is rarely raised: what is this thing called race? Many of our conventional assumptions, particularly about race being biologically-based, are wrong, yet the consequences of racism are very real.

Join us on Feb. 6 for an open forum featuring producers of the series and UC Berkeley faculty discussing the evolution and impact of our ideas about race, then and now.

Free and open to the public
Wheelchair accessible