Haas Institute Director john a. powell is a frequently sought-after speaker on race, civil rights, spirituality, and social justice. During the last year john was invited to give dozens of talks and interviews across the US on these issues. Here are recaps from four of john’s talks that opened up the question of race to the larger question of belonging.

“Race is a little like gravity. We’re all affected by it, but we don’t really understand it,” john a. powell said in a series of speaking engagements and interviews this year related to race and the legacy of racialization. “Race is incredibly complicated and even the experts struggle with it.” 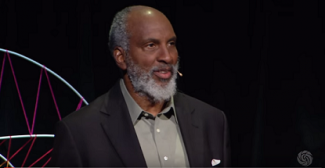 In October 2014, powell spoke to over 1,500 people at the popular eco-conference Bioneers held in Marin County, California, where he discussed how our fear of the “Other” can magnify the many challenges humanity is already facing, including environmental degradation and social unrest. “The earth may survive,” powell said. “But we, as well as many other life forms, may not unless we care in a very different way.”

powell discussed the “circle of human concern,” a metaphorical notion meant to describe the degrees of belongingness and inclusion a society extends to its members. This circle, powell noted, has historically excluded many members of society, including women, African Americans, and immigrants.

powell also warned of one of the major threats facing a fully inclusive society: corporations, who are quickly gaining rights and powers previously unimaginable to nonhuman entities, such as religious freedoms and freedom of speech.

“What I assert is that when we take the circle of concern and put not people, not life, not the earth at the middle, but corporations...then all life forms are pushed outside the circle,” he said. “That’s the challenge we face today.”

powell discussed the role of religion, faith, and spirituality in how members of society relate to each other, saying that spiritualism in the United States is often organized around the teachings of Descartes, which demand “extreme possessive individualism.” “We’ve ignored the question of “Who are we collectively?”

He called on the audience to work towards what the Rev. Martin Luther King, Jr. called the “beloved community,” consisting of loving connections rather than dominating ones.

“How do we actually embrace each other?” powell asked. “And, how do we build institutions and structures that support that?” 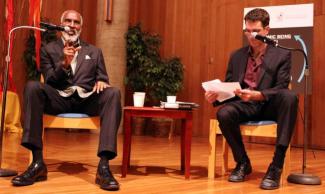 One month later powell gave an hour-long talk at St. John’s Presbyterian Church in Berkeley. About 175 people came to hear john talk as part of a lecture series hosted by Bay Area radio station KPFA 94.1, whose producers invited john to craft a talk and engage in a community conversation they entitled “Ferguson, and All the Fergusons.”

powell led the audience through a complex history of the construction of race in America, synthesizing history, psychology, racial theory, and US politics to offer a difficult portrait of American society. Race, powell said, is both culturally malleable and socially constructed. He led listeners on a journey through American race relations before the Civil Rights Movement, before Jim Crow, and even before America’s founding, instead rooting our racial history with the early American colonies, specifically with Bacon’s Rebellion, a revolt led by white indentured servants who desired a greater portion of the colonial pie.

Throughout the evening powell declined to analyze racism as the fault of individuals or even individual groups. “It’s about institutions,” he said, offering numerous examples of the times when American institutions were founded on, promoted, or enforced racist polices.

Fundamentally, he concluded, while American society is fraught with domination and exclusion, America must expand conceptions of “who belongs” in society and “who is part of the circle of human concern in order to achieve our vision.” john’s speech was followed by a question and answer session facilitated by KPFA radio host Brian Edwards-Tiekert. 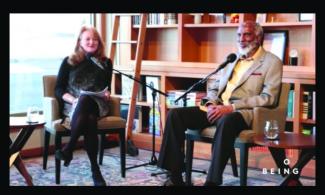 The award-winning journalist Krista Tippett invited john to be her guest on  her long-format program OnBeing, which covers a broad range of topics with guests such as prominent scientists, theologians, poets, artists, and activists. Krista Tippett was awarded a National Humanities Medal from President Obama for her work including OnBeing.

Krista began her conversation with john asking him to discuss the need for love and belonging to be “infectious,” and in “opposition to hate and mistrust.” powell commented, “Right now we don’t have confidence in love. We have much more confidence in anger and hate. We believe anger is powerful. We believe hate is powerful.” powell added that in a healthy society, “we would actually care for each other, not by just giving money, but by being in relationship with each other, by actually sharing each other’s suffering.”

“So part of it is the fear, that we are holding onto something, and the Other is going to change it,” powell said. “But if we do it right, we’re actually going to create a bigger we, a different we.”

Recorded in March 2015, powell’s OnBeing talk was originally slated for release in the fall. But following the murders in Charleston of nine black parishioners in a historic black church, Ms. Tippett—who has interviewed many public luminaries such as Desmond Tutu, Thich Nhat Hanh, Mary Oliver, Eve Ensler, and John Lewis—decided to move the release to an earlier date.

She noted in an email to us, “With the increased public focus on race and all the complexity and anxiety that goes with the topic of race, I believe john powell’s wise, refreshing, and transformative perspective is critically needed right now. This is one of the most important conversations we’ve aired on this show.”

A year in review 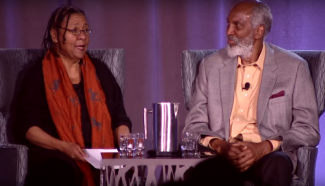 powell wrapped up an intensive year of interviews and public speaking engagements with an address at the Haas Institute’s Othering & Belonging national conference in April (see p. 8). powell touched upon some of the major themes he had been expounding upon throughout the preceding year, including the need for inclusion and belonging, the importance of understanding of implicit bias and mind science, the repurposement of government for the elites.

“We have great separations, separations from the Other, from ourselves, from the environment,” powell said at Othering and Belonging. “The reality is that we are not separated, we are deeply connected.

“This conference,” powell noted at the conclusion of his speech, “is about reclaiming and living and practicing belonging. Where no one is outside the circle of human concern.”

Videos of john powell’s speeches can be found at youtube.com/haasinstitute.