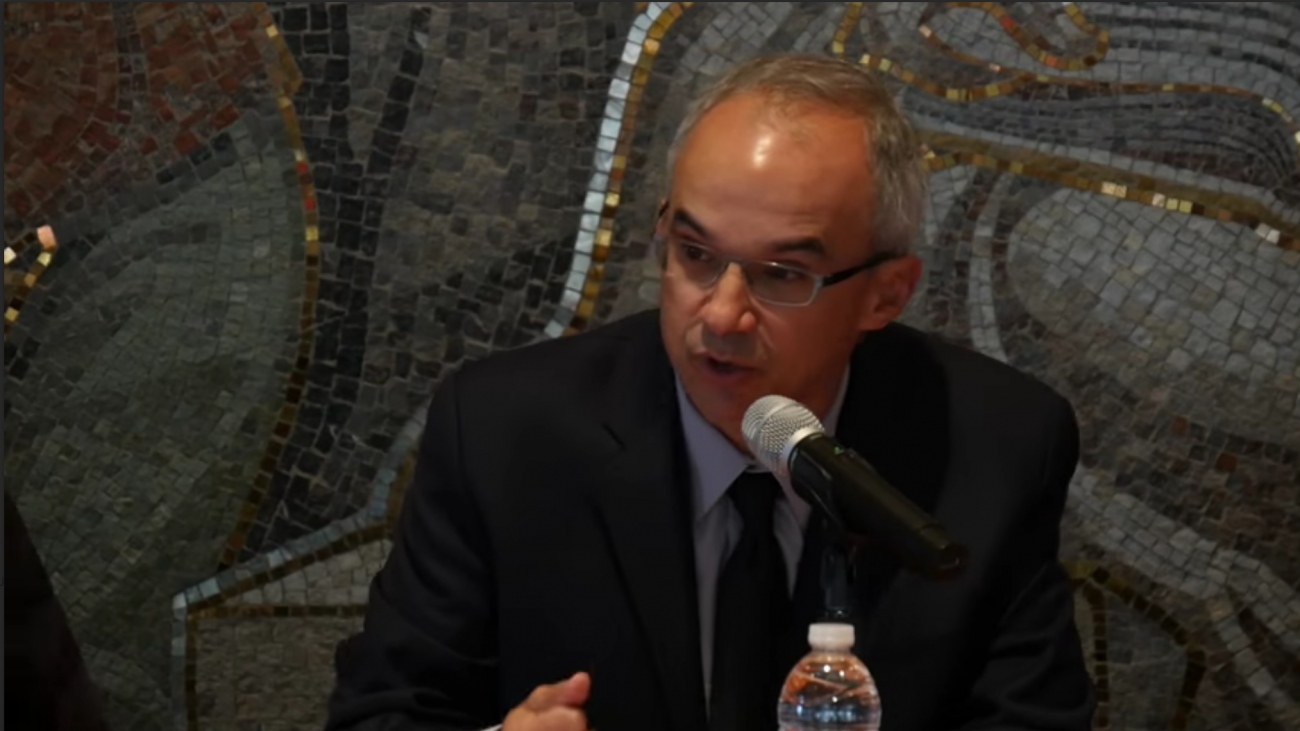 Together with Demos and the AFL-CIO, the Haas Institute for a Fair and Inclusive Society sponsored an event on January 16, 2016 in Washington DC to address the connection between dog whistle and racist politics and the increasingly successful right-wing attacks on the government and unions. Ian Haney López, Director of the Haas Institute's new Racial Politics Project spoke at the event, along with Haas Institute Director john a. powell. Members of the panel, which also included Heather McGhee of Demos, and Richard Trumka, President of the AFL-CIO, offered perspectives and responses to the sharp increase in racist and offensive rhetoric throughout the presidential election season so far. Haney López noted that dog whistle politics and manipulated hostility towards people of color have already had a strong presence in the 2016 election, as evidenced by the harsh and hateful rhetoric being used by Donald Trump's presidential campaign.

The public event also served as the official release of a new report authored by Haney López addressing solutions for the labor movement to mobilize and defeat dog whistling. Entitled Race and Economic Jeopardy for All, the report explores connections between race and labor and provides a framework for "government and the economy to work for everyone, not just the very rich," according to Haney López.

"This is a report that thinks about and puts into context all of the attacks on Mexicans and Muslims that we’ve been seeing from conservative campaigns," says Haney López. "These attacks are really the culmination of 50 years of concerted efforts to scare people with racial anxiety as a way to hide the fact that our country is being taken over by the super rich." 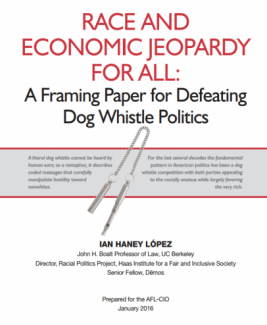 dog_whistle_politics_cover.png
López will continue to explore this work in the new Racial Politics project, which is based in part on the findings in his widely acclaimed book, Dog Whistle Politics: How Coded Racial Appeals Have Reinvented Racism and Wrecked the Middle Class, which sheds light on the ways in which politicians use racial pandering to garner votes and pass policies that favor the wealthiest in our society. "Racial justice cannot be separated from larger questions of economic justice and who we are as a people," Haney López says.

Download Race and Economic Jeopardy for all, A Framing Paper for Defeating Dog Whistle Politics.
Watch a video of the January 16 event, "Race Baiting and Right-Wing Populism."