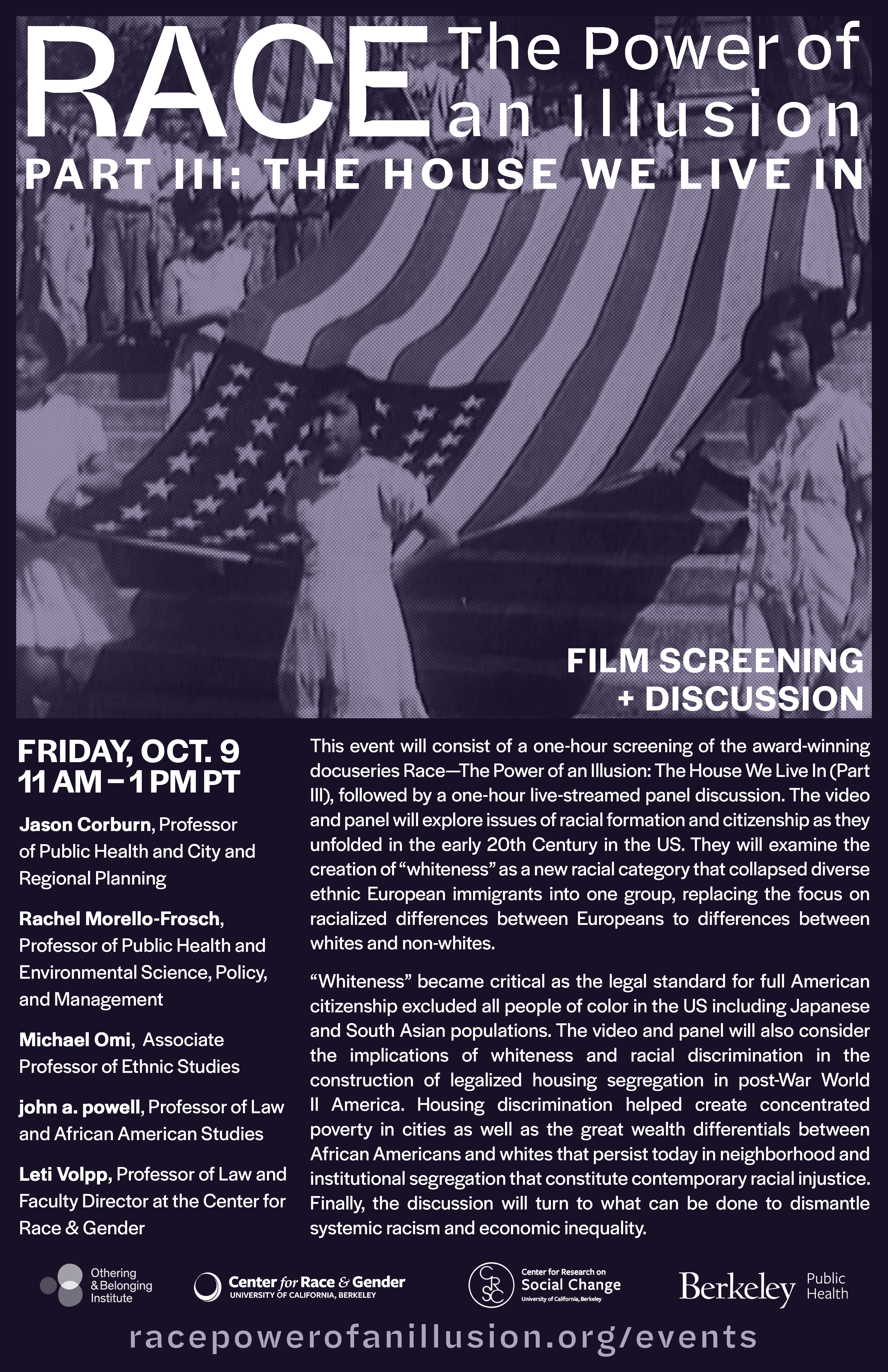 Join us Friday, Oct. 9 from 11am to 1pm Pacific Time on this page for a screening of Part III of Race—The Power of an Illusion followed by a one-hour panel discussion with experts!

(Click for recordings of the Part I and Part II panels).

The documentary will be screened on this page, (not on Facebook).

This event will consist of a one-hour screening of the award-winning docuseries Race—The Power of an Illusion: The House We Live In (Part III), followed by a one-hour live-streamed panel discussion. The video and panel will explore issues of racial formation and citizenship as they unfolded in the early 20th Century in the US. They will examine the creation of “whiteness” as a new racial category that collapsed diverse ethnic European immigrants into one group, replacing the focus on racialized differences between Europeans to differences between whites and non-whites.

“Whiteness” became critical as the legal standard for full American citizenship excluded all people of color in the US including Japanese and South Asian populations. The video and panel will also consider the implications of whiteness and racial discrimination in the construction of legalized housing segregation in post-War World II America. Housing discrimination helped create concentrated poverty in cities as well as the great wealth differentials between African Americans and whites that persist today in neighborhood and institutional segregation that constitute contemporary racial injustice. Finally, the discussion will turn to what can be done to dismantle systemic racism and economic inequality.