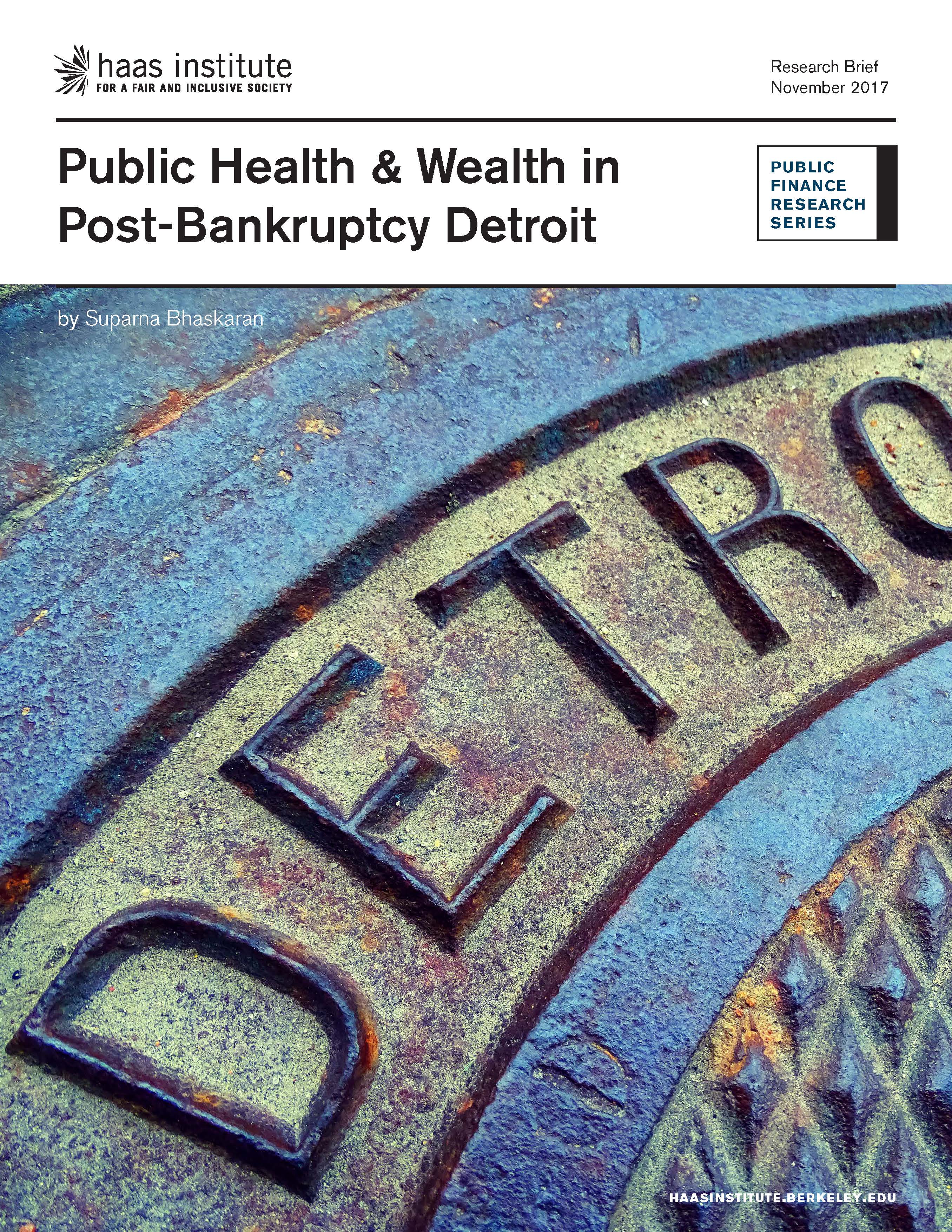 A new report describes the relationships between the health of Detroit’s residents, housing, and disparities in political power. What has and is happening on the ground in Detroit showcases what happens when decisions around healthcare policy are limited to interventions inside the clinic and exclude the promotion of physical health through interventions outside the walls of the clinic—so called social determinants of health.

The report reveals that water and sewer infrastructure and housing are key points of intervention to create better health for Detroiters. It suggests that this narrow approach to healthcare policy has become a hallmark of such policy tied to corporate sectors in the healthcare industry. Political debates trade on language that erodes popular support for social safety net programs—like Medicare and Medicaid—by relying on stereotypes and generating resentment for sharing public resources with stigmatized groups, including low income people of color.

Rearrangements of traditional economic and government practice can ameliorate these detrimental effects and create the basis for ongoing systemic change for equity and inclusion. And, in the case of Detroit, the potential for new arrangements of government, public, private, and policy can hold promise to exceed the problems of the past arrangements.

The report discusses how the declining wealth and health of ordinary Detroiters has most recently been felt by their suffering in relation to safe, affordable, and available water, and the housing crisis. Specifically, this report explores the paradox and potential of Medicaid Expansion (or the Healthy Michigan Plan) for Detroiters in the aftermath of the city’s bankruptcy. The paper examines efforts at leveraging health equity, via Medicaid Expansion, to the backdrop of toxic policies of water and housing insecurity, experienced by Detroit residents.

Losing access to consistently safe housing and water is an existential threat and presents challenges to individual and population health. Communities have organized, supported one another, created multiple versions of alternative plans for water infrastructure, and see beyond simple survival. Teachers, neighbors, families, churches, and local organizations have figured out what role they can play in providing emergency assistance. Most importantly, the city and its residents see, expect, and demand more for their neighbors and community. They want the city—including its water utility infrastructure—to create a sense of belonging and inclusion. They want the city to exceed its former standards—not just survival.

From housing to physical health, Detroit’s lack of clean water remains a critical problem that must be solved and is an example that can be instructive for other places. The United States, Michigan, and Detroit can do more to find policy to survive and persist. As critical infrastructure ages across the nation and as climate change adaptation raises the bar for what is demanded of it, it’s clear that Detroit is a signal of what is to come in many more places. It’s a problem in need of innovative solutions which would be of benefit too all.

In the case of the US federal government, the state of Michigan, and the city of Detroit, the paper uses clinical and non-clinical determinants of health to analyze the federal investment represented by Medicaid expansion under the Affordable Care Act. Simultaneously, this investment is put alongside the health challenges presented by the nexus of housing and water shutoffs in Detroit.

Read a web version of this brief here.