BERKELEY, CA: A UC Berkeley public health scholar and Haas Institute faculty member is playing a key role in a six-year, $21.4 million study probing the causes of the disproportionately poor health outcomes of people from rural communities in the southern United States.

Dr. Mahasin Mujahid, Associate Professor of Epidemiology, is serving as a principal investigator of the social determinants core in the Risk Underlying Rural Areas Longitudinal (RURAL) study, which involves 50 researchers from 16 institutions looking at the social, psychosocial, and environmental factors that cause the concentration of heart, lung, blood, and sleep disorders in rural areas of Appalachia and the Mississippi Delta Region.

The study is being coordinated by Boston University, and funded by the National Heart, Lung, and Blood Institute, which is part of the National Institutes of Health. 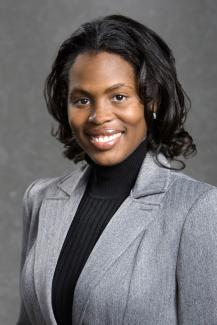 “The rate of cardiovascular disease mortality in rural populations is alarming, yet the majority of studies informing the latest scientific advances focus on urban populations. This study provides a unique opportunity to conduct a rigorous investigation of how the physical and social context of rural life shapes the increased cardiovascular risk that we see in such areas,” Dr. Mujahid said.

In her role studying social determinants, Dr. Mujahid is leading a team of UC Berkeley graduate students and researchers from Atlanta’s Emory University to develop a questionnaire and other data sources to measure the social, psychological, and community-level factors the team hypothesizes are key drivers of rural health disparities.

The study, which began on May 15, will gather data from 4,000 multi-ethnic participants located in the most rural counties in Kentucky, Alabama, Mississippi, and Louisiana, and aims to offer clues as to how to alleviate this disproportionate health burden.

“The most exciting thing to me about this study is that unlike many other studies, the social determinants of health were not an afterthought. From the initial planning of the RURAL study, social determinants were established to be central and represented in all of the study’s aims,” Dr. Mujahid said.

In addition to the social determinants core, the study will include genomics, cardiac imaging, biorepository, and assay cores, among others.

All racial groups in the rural south experience disproportionately high levels of poor health compared to the country’s general population, but this study will have a strong health equity focus and will investigate racial and ethnic disparities that exist even in rural areas.

“Sampling targets have been designed to maximize the researchers’ ability to compare across three racial/ethnic groups: whites, blacks, and Hispanics/Latinos. The study has the unique opportunity to see how biological and social factors operate simultaneously on the individual, familial, and community levels and converge to impact cardiovascular health,” Dr. Mujahid explained.

The study is not just examining why these health disparities exist but is also looking at the resilience of communities in these rural areas as a way to better understand how individuals and communities achieve good cardiovascular health despite the hardships they face.

To do so, Dr. Mujahid explained that her team will look at individual factors such as religiosity and spirituality, optimism, and other psychological factors that may contribute to cardiovascular resilience. They will also examine how features of neighborhoods and communities create strong networks of social support and collective efficacy for residents may play a role in contributing to cardiovascular resilience.

Dr. Mujahid’s previous research has explored the varied determinants of racial and ethnic health disparities and examined how neighborhood environments impact health. Her research seeks to uncover the causes behind concentrated cardiovascular risk factors such as obesity, diabetes, hypertension in racial and ethnic minorities, and the long-term consequences on the cardiovascular health of these groups.

More information on the RURAL study can be found here.