My research and teaching agenda spans eastward and forward from the late 19th century decline of British colonial rule in the Indian Ocean through to the Pacific and the rise of American global power and domestic race relations in the 20th century. Engaging postcolonial studies, ethnic American literature, and gender and sexuality theory, I hope to map an expansive view of empire and of what constitutes Anglophone literature routed not primarily through Great Britain and Western Europe but rather through circuits of affiliation and encounter between Asia and the Americas.

My first book, An Empire of Touch: Women's Political Labor & The Fabrication of East Bengal (Columbia University Press, 2019) was awarded the Helen Tartar First Book Subvention Prize by the American Comparative Literature Association (2017).  A South Asia imprint by Penguin Random House (2019) is available here. It turns attention to East Bengal, the historical antecedent of Bangladesh, today an international exemplar of development driven by gender-targeted foreign aid. An Empire of Touch recounts a new narrative of female political labor under empire, spanning from anticolonial nationalism to neoliberal globalization, through text and textile. It follows the historical traces of how women have claimed their labor, making what has been customarily seen as “merely” intimate and domestic into appreciable political acts.

I am currently at work on two new projects: one, which looks at conspiracy as a legal, philosophical, and political concept to understand the rise of the surveillance of racial and sexual subjects in WWI America; and the second, which is interested in "Hindu" cults in the popular American imagination.

I earned my BA in International Relations and English from Mount Holyoke College and my PhD in English from the University of Pennsylvania. 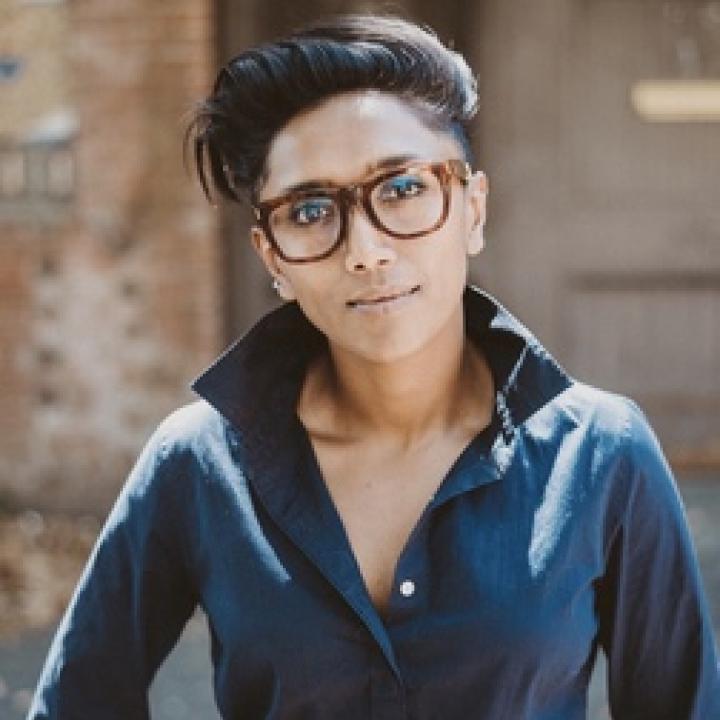