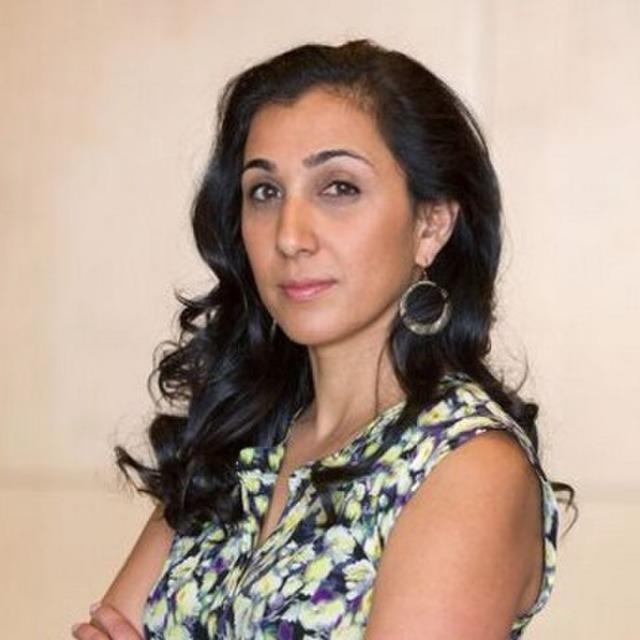 Raha Jorjani is the director of the Immigration Representation Unit with the Office of the Alameda County Public Defender, California. Raha offers her perspective on the challenges that immigrants face in our criminal justice system and how these immigrants are “punished twice.”

I was born in Iran and came to the United States with my family in 1984. After earning a law degree at City University of New York, I worked for two years for the Florence Immigrant and Refugee Rights Project, a nonprofit that provides free legal services for indigent detained immigrants in Arizona. I later spent nearly seven years as a Clinical Professor at the UC Davis School of Law Immigration Law Clinic.

I have always been passionate about defending people accused of crimes and went to law school with the intention of becoming a prisoner’s rights attorney or a public defender. I became a defender of incarcerated immigrants after realizing that the United States imprisons people not only under criminal laws, but also under civil immigration laws. In 2009, I began advising Alameda County’s public defenders on the immigration consequences of criminal convictions on a part time basis. In 2014, we created the Immigration Representation Unit at the Public Defender’s office, the first such effort in California to provide free legal representation to immigrants in both criminal and immigration courts under a county public defender umbrella.

While the US constitution guarantees a right to an attorney to people accused of crimes if they cannot afford to hire one, it gives no such right to immigrants who are facing deportation, even when they are detained. That means immigrants end up representing themselves or hiring an attorney at high cost, which proves to be an undue burden for low-income immigrants; the overwhelming majority of whom are people of color. I am fighting to change that. The decision by the Alameda County Public Defender, Brendon Woods, to bring on a fulltime immigration attorney who can provide even limited immigration removal defense has fundamentally shifted the way that we think about indigent defense of immigrants in California. For example, the San Francisco Public Defender also hired an immigration attorney to provide similar services. Since then, three other Bay Area counties have hired part-time or full-time immigration attorneys to advise their public defenders on immigration consequences of criminal convictions.

My hope is that this is just the beginning. Every public defender office should have access to an immigration attorney who is committed to monitoring and impacting outcomes for immigrants impacted by the criminal justice system. Finally, we recently received a grant from the Rosenberg Foundation that will directly support efforts to ensure due process for immigrants convicted of crimes.

When immigration and incarceration systems in the US intersect, immigrant clients are punished twice; once by the criminal justice system, and a second time by the immigration system. Ensuring due process means effective representation during criminal cases and access to legal representation in immigration court if clients are placed in removal proceedings once the criminal case is over. Immigrants in removal proceedings have very few due process protections under current US immigration laws and I want to work on changing that. This focus at the intersection of criminal and immigration law is critical. Today, too many policies and practices seek to exclude individuals impacted by the criminal justice system, making immigrants convicted of crimes one of the most vulnerable groups facing exclusion, discrimination, and violence in our communities.

Human Rights are basic fundamental rights deserved by all regardless of an individual’s prior contact with the criminal justice system.

Some immigrants end up serving more time in immigration detention on the basis of their criminal convictions than they served for their original criminal conviction. Furthermore, too many kids today have one or both parents incarcerated or deported. The idea of transforming the system to minimize incarceration and deportation means reuniting families who would otherwise be torn apart. Ultimately, this transformation is about securing healthy communities for all of us, not just some of us. And that’s what I want to spend my days doing—working towards healthy communities. We all deserve that.

This perspective was modified from a Leading Edge Fellows profile on Raha Jorjani found on the website of The Rosenberg Foundation (leadingedge.rosenbergfound.org).