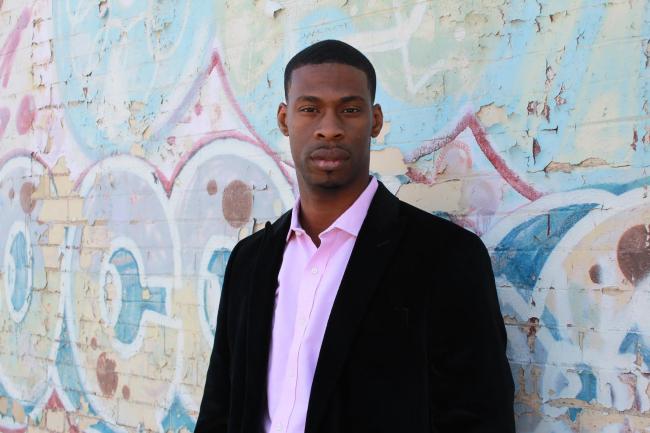 Marlon Peterson is the founder of Precedential Group Social Enterprises, a social justice organizational consultancy with community programming, and SpreadMassLOVE. Marlon shares his story of his 10 years incarcerated, the work he did while on the inside, and his efforts since release focused on spreading mass love in an era of mass criminalization.

My family is from Trinidad, and I was born in Brooklyn, part of my family’s first generation born in the US. I’m the youngest of three. I was a good student as a child—on the honor roll in elementary school. But then a few traumatic things happened in our family, and all the academic accolades stopped coming. I began hanging on the streets more. I just barely graduated from high school.

One year later I was arrested for the first time for hopping a turnstile and a year after that I was arrested for an attempted robbery that resulted in the death of two people. I was the look out. I was originally charged with first-degree murder, but that was reduced, and I was sentenced to 12 years in prison. I spent ten years, two months, and seven days in prison. During that time I got a degree in criminal justice and participated in a number of different programs, including some that I led myself from inside prison. I was released in December of 2009 and started a mentoring program at a school in Brooklyn. I enrolled in NYU for a Bachelor’s Degree in Organizational Behavior.

During my time in school I was working full-time as a violence interrupter, working against gun violence in my old neighborhood. I also started another youth program to train youth to become organizers around issues of anti-gun violence. I worked with another agency that dealt with trauma that is associated from being both in front of and behind a gun. I now work on many of these same issues through an organization I founded called the Precedential Group, where we works with organizations doing social justice to help them achieve their goals.

In 2015, I won a Soros Fellowship, where I examine and work on issues of community violence as well as police violence in our communities. My personal experience with the American incarceration system was hellish. Not because of any sort of physical violence inflicted on me, but rather the emotional strains of it. That included seeing how people are treated by officers, how they verbally and physically abused people by using their authority, and how folks inside suffer—while also knowing that could be you at any point in time. We were constantly infantilized and dehumanized. Every minute was a constant struggle for sanity. That’s why I say hellish.

On the flip side, any positive experience I had was because of being able to create good experiences for ourselves while we were on the inside. Through one program, I helped men prepare for release. Another was a program I started where 12 students from Vassar College came into the prison to directly engage with 12 men from the facility. Part of that work was engaging in discussion on a wide range of topics related to social justice, including affirmative action and gay rights. It was really transformative to help engineer and be part of this work. One pivotal moment involved a relationship I had with a teacher friend of mine, who taught middle school. She asked me to write a letter to her students with words of wisdom based on my experience, which I did. This turned into an ongoing correspondence program where we wrote each other every two weeks. That experience, in dialogue with those kids, truly shifted my trajectory, and affected what I wanted to do after my release. Instead of being an electrician, I shifted to writing, lecturing, and teaching.

When I left prison, and re-integrated into society, I was thankful that my parents were still there and that I still had siblings. I had a home to come back to and a bedroom to sleep in. It was enough. The networks I had were those that I created from the programs I was involved in while in prison. None of the help was really financial. People helped me with simple things like how to send an email, use Facebook, or navigate certain spaces. That’s what my support looked like. I didn’t have kids and wasn’t married and had no bills to pay, so I had the space to do all that.

When I was incarcerated, I learned that by teaching others, I myself learned many life skills. I had a lot of practice preparing for release. I already had a resume and I knew how to turn around talk, which means how to address issues of incarceration in my past. I still needed to learn a lot about the way people communicate and technology, but I created enough trust with people that they helped me learn these things.

My success is actually in collaboration with other people, it is not an individual success.

A lot of people helped me be successful. The support I had when I came home, such as not having to find a home or immediate bills to pay, was a game changer.

When I was released, I applied for an intensive academic summer program at Vassar College called Exploring Transfer in New York and was accepted. I met a woman there who encouraged me to apply to Columbia and other places, by asking me,“Why are you not applying anywhere and everywhere?” I just couldn’t imagine going to any place like Columbia. But then I thought, “Shoot let me try this thing.” I had to take the SAT to apply. I, a 30-something year old man, was taking the test with a bunch of teenagers.

I received a tentative acceptance to NYU. The admissions council wanted to meet with me. I went and it felt like I was in a parole hearing. They wanted to hear about my past—it was obvious they wanted to make sure they felt safe around me. I’m sure they don’t do this with all their students. They knew I was formerly incarcerated, and wanted to make sure I wasn’t a danger. I was accepted and went to NYU. I was with many folks there that were definitely oblivious to the prison experience, which made me feel like I had this big secret. That was uncomfortable. But the knowledge and the exposure I got there was valuable. But schools and universities have a long way to go before they have a real atmosphere of inclusion—and not just for formerly incarcerated people, but for people of color in general.

The inclusion of prisoners and former prisoners is important for our society for a very simple reason—because people who are in prison are people. That’s it.

They’re people. People are in the military, people have disabilities, people with different gender orientations, or sexual preferences—people are people. And people like me have a lot to contribute. There are 60-70 million Americans with a criminal record. We have to face it at some point. We don’t want to dismiss a huge population like this. Whether it be in colleges or in certain occupations or even in the vote, we have to be more inclusive of these populations, because they are a huge segment of our population. Lastly, inclusion is also an issue of racial inclusion. Because criminal justice is so racialized, inclusion means as a society we are reckoning with our problem of race.

If we’re not being inclusive of people who are formerly incarcerated, we’re not being honest about our race. I am also the co-founder of SpreadMassLOVE with Piper Anderson. In our work, we talk about how people who are impacted by mass criminalization often temper their love because of mass incarceration. Visiting floors, fear of deportation, and so on pushes people to consider the system before they can consider each other. People normalize incarceration as a part of the family. Kids are traumatized and illogically rationalize that their separated loved one doesn’t love them. The reason we co-created SpreadMassLOVE is to serve as a platform for people impacted by mass criminalization to explore the nuances of their relationships with the people in their lives. SpreadMassLOVE is not an organization, but a place to share the hurt, resilience, and pain of the love in the era of mass incarceration. Our work lifts up stories from people impacted by these systems.

Naturally our work also intersects with issues of immigration. The immigration system is another web of loss and it is a part of our society’s mass criminalization. Crimmigration is another part of our lives that increasingly impacts love and relationships beyond borders.