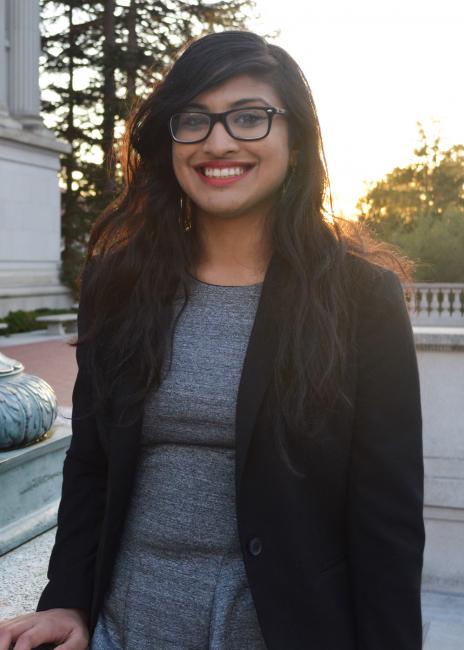 Madiha Khan is a senior at UC Berkeley studying Philosophy. Madiha shares her personal perspective as an undocumented student and how the Deferred Action for Childhood Arrivals (DACA) has affected her life.

My parents are from Pakistan, but I was born in Dubai, where I lived until I was about six years old. I immigrated to the US in 1999 to join my dad, who was already here working. My mom and I came on a visitor’s visa. We wanted to stay together as a family, so we overstayed. We received bad legal advice from some Pakistani attorneys who told us that it would be really hard to return to the US, so we should just stay on our Visitors Visa. One of our lawyers told our parents that if you just stay, they’ll pass legislation to allow you to stay legally. That is how we ended up becoming undocumented. I didn’t know I was undocumented until I was older. Growing up, there were different things that American children were allowed to do that I wasn’t allowed to do, like driving. At that time I thought it was because my parents were South Asian and stricter on women.

I discovered the truth when I was applying to college, though. I used my dad’s Social Security Number and thought it was mine. The University of California returned my application, and said it wouldn’t be complete until I had a valid number. That’s how I found out. I cried for hours, mostly because I was thinking of the future, not sure anymore if I could work or go to school. So I just assumed I could no longer do the things I wanted to. My parents were concerned as well, since they immigrated here for the sake of me coming to school and they were really concerned about my college education. They had been trying to file paperwork for years, but kept getting denied.

When that time of me going to college came around, it was really stressful for all of us. I did some research and learned about AB 540, which is a program that allows undocumented students who attended high school in California for at least three years, and graduated, to pay resident tuition fees at California public universities. This was a huge relief. I looked at the closest community colleges to attend. I wasn’t able to get federal funding for my education, but my parents were able to pay resident fees. I also worked under the table for a while. My boss kept asking me for my SSN but I kept saying I would get it to her later, and after a while they stopped asking. I found a few scholarships available, but most undocumented scholarships were for Latinx students so I wasn’t able to apply for that many.

Being undocumented wasn’t always a huge part of my life. But after I found out, it was always a lingering thought, such as when I was driving. My mom drove me around for 10 years, taking constant care to hide from the police, while following all the rules. But there came a point, when my mom fell ill, where I needed to drive myself. And I always had that fear, that if they catch me I’ll get deported (I received a deportation order while I was in high school). I once got a rolling stop ticket while I was driving illegally and thought the officer had grounds to deport me, but he just gave me a ticket. I was shaking because I was so scared.

But this fear had another side—it made me want to do better in school, because I realized I wanted to be an undocumented advocate for other students.

At first, it was really hard finding a community in college, as I felt that, as an Asian/Pacific Islander person, I didn’t quite fit in with “the usual” undocumented identity. But I also felt I didn’t fit into the Pakistani community, being so Americanized as well as non-Muslim. However, once I met other individuals from the Undocumented Student Program at UC Berkeley, I really found a community, as well as a constant support system. I do think a lot of students have become complacent recently because we’re so used to being used to having the luxury of campus resources available to us, of having the “DREAMer” narrative. It feels that others like to support us because, even though we are undocumented, we are looked at as good students. We are the “successful” undocumented individuals, so many give us a pass. We have the luxury of that narrative.

But I think we may have become unattuned to the undocumented voices outside of our own student community. Many of us have stopped being activists for the rest of community and only being advocates for ourselves, for example, pressuring the chancellor to send more money to undocumented programs. But very rarely do we see undocumented students go out in the larger world to have a voice for those who aren’t heard. My mother is still undocumented and doesn’t have DACA. People like her are forgotten.

I deal with anxiety issues, so especially during the time of my deporation hearing, I was going to UC Berkeley’s health center to find support for my mental health.But I didn’t really have other support aside from legal support. Now that I have DACA, it’s a complete 180. Last year after I first got into Cal, I applied to an internship in City Hall to get in touch with undocumented community, called Dream SF. It’s a program that seeks to employ undocumented folks so they can work in an interest that relates to undocumented issues. I was part of pilot program after DACA came out. I was able to legally work in City Hall. There, I had the opportunity to work on policy issues that affect undocumented individuals and lobby for greater aid to undocumented folks. It was a great opportunity for me. Now I am able to drive with a legal drivers license.

This has given me peace of mind because even if I get pulled over I won’t be treated like the Other. Documentation is a luxury that I now can access. I can even apply to jobs, because of DACA.

I believe inclusion is really important for a society as it shows philanthropic values. When you have individuals that actively seek to create an open and inclusive space for others, it shows that a society is open-minded and also allows opportunity for growth. As opposed to assimilation, inclusion allows for the creation of a diverse culture. If we continue to block and reject the entrance of immigrants into our society—which is very hypocritical—we hinder the growth and potential of all that our society may be able to accomplish while turning our backs on the same species. Societies are too wrapped up in identifying their differences whereas we should embrace and appreciate the new addition into our membership. Inclusion ensures our growth, whereas bigotry and hate stunt it.