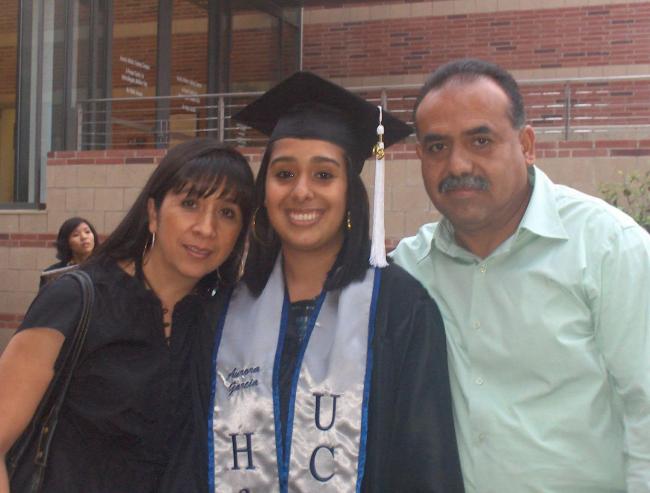 Aurora Garcia is an organizer with California Partnership, a project of the Center for Community Change. Aurora shares her story of how her father’s deportation in 2011 has affected her entire family in the years since.

I am 29 years old. I was born in Jalisco, Mexico, and moved to the US when I was just over two years old. My father is currently living in Tijuana, Mexico after he was deported in 2011. My mom became a Permanent Resident in 2013, after my brother petitioned her. I also have two younger US-born brothers.

Growing up, I was not aware that I or my parents were undocumented. When I was in middle school and was invited to participate in a leadership program in Washington, DC, my parents didn’t allow me to accept or go. At the time, their explanation was that they lacked the necessary funds for me to participate in the program. When I was in my junior year of high school and applying for college and the SAT, I asked my parents for my social security number to include in my applications. It was then that they had to explain to me about our situation. It was then I understood—they had never let me travel because they were afraid of what could happen if I did. When I found out I was undocumented I felt like there was no point in trying to pursue my dreams and goals, that not only was my hard work in vain, but that there was no way I could even try to pursue my goals. I definitely felt like I was less than my friends and other students.

Around 6:10 am on July 21, 2011, I was woken up suddenly by my mother telling me that some men had handcuffed my dad, and that she was sure they were not cops. I immediately got up, and ran outside to the house to see my dad being shoved into an SUV. I knew it was ICE. My mom wasn’t sure what to do, knowing that she and I could also be detained. I demanded that they show me an arrest warrant, to show why they were detaining him and if they even had the right person. As they hopped into the SUV, they threw two arrest warrants for my dad. That was the last time I saw my dad. 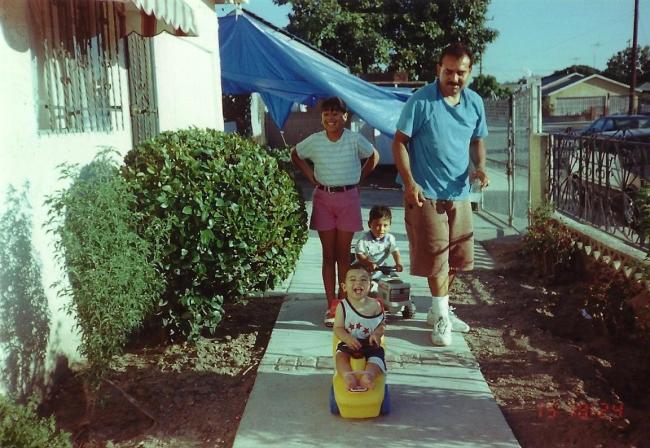 I immediately started calling everyone I knew. By 10:00 am, I had already talked or met with a few lawyers. By 12:30, my younger brother, cousin, and uncle were heading towards thedetention center with a lawyer to see my dad and look into what happened. They waited in line for about two hours. By the time it was their turn, the only record of my dad was that he was brought in but was no longer there. For hours I called anywhere I could think, including various detention centers to see if he was there. Nothing. At about 7:00 pm, we had a collect call from Tijuana. It was my dad. He had just been dropped off by ICE. He had nowhere to go and no money with him, apart from a few cents, with which he was calling us.

We found out that in 2001, he had attempted to adjust his immigration status through fraudulent lawyers. His case did not move forward, and he was tricked into signing voluntary deportation forms, which he never knew, since he didn’t know English. His deportation affected us all tremendously, starting with losing our main source of income, on top of enormous emotional and psychological distress. My younger brother has had the hardest time emotionally. My dad was devastated and frustrated. He constantly talked about committing suicide and made a couple of attempts.

My dad continues to be very lonely and depressed. Our time apart has aged him and brought on illnesses.

My mother had not worked since I was a baby, and had no idea of what to do to move us forward. We lost our home, as my mom couldn’t afford to make payments. We struggled to move forward without an additional source of income other than my own. When it was time for me to go to college, I did not get any financial aid, but my mom was very supportive and hardworking and she helped me think of and execute all kinds of fundraisers in order to ensure that I had the money I needed for school. When my dad was deported, I used my networks to obtain some guidance, although at the time there wasn’t much out there. I also didn’t have the resources to get access to experts. I mostly had to figure things out on my own, some of that due it being very hard for my family to accept help, and also the fact that we have always been very limited in resources. 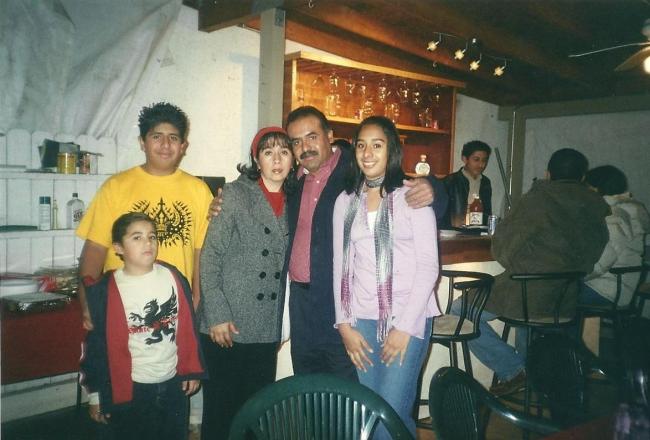 All of these events led me to my current work in as an organizer for California Partnership (CAP), a project of the Center for Community Change. I’ve always had a passion to work on issues that impact low-income communities and CAP allows me to do that with diverse communities. I began organizing while I was an undergrad around immigration rights and I continued to engage after I graduated. I know from personal and professional experience that the struggle for justice for people in the immigration and incarceration systems often intersect. My dad was accused of and treated like a criminal when he was detained and deported, even though he was only a hard-working family man.
Image